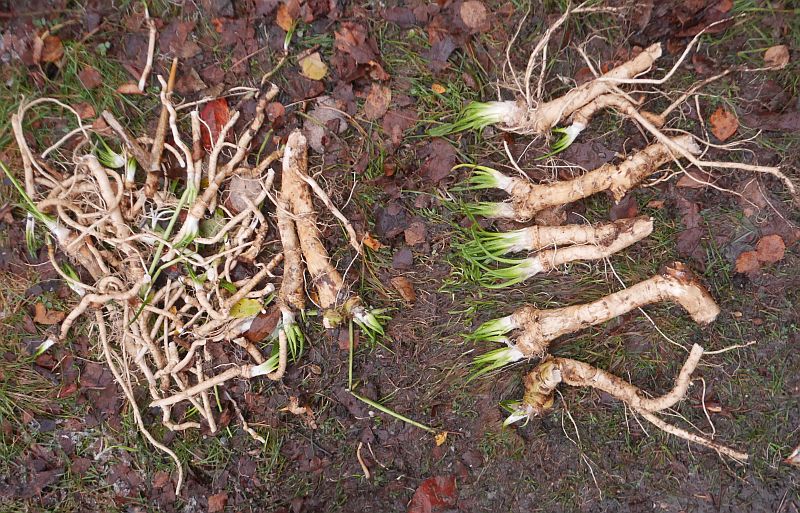 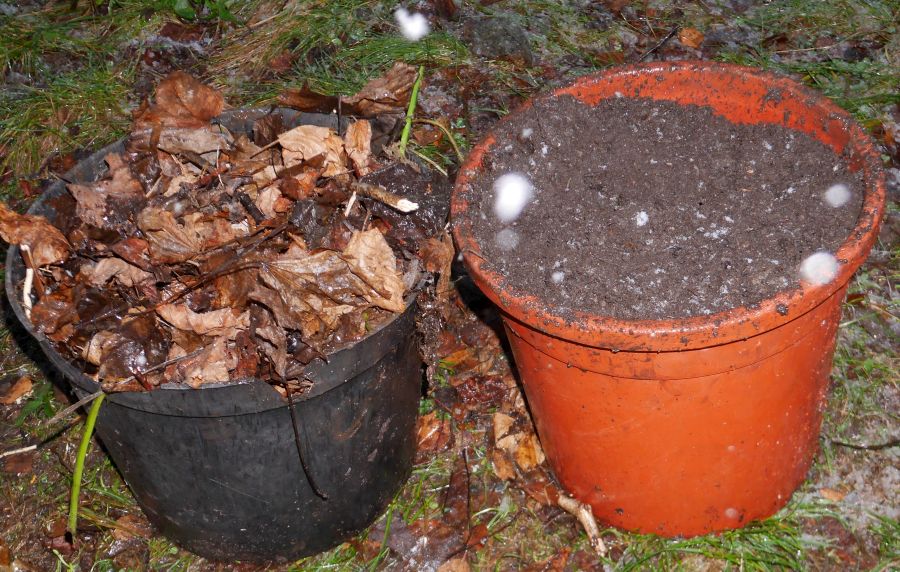 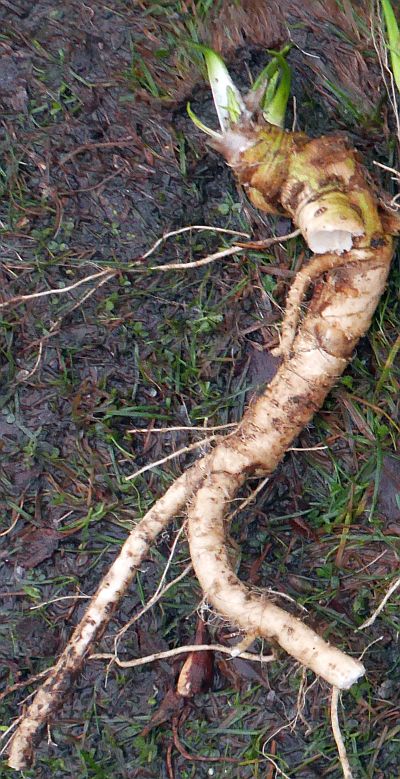 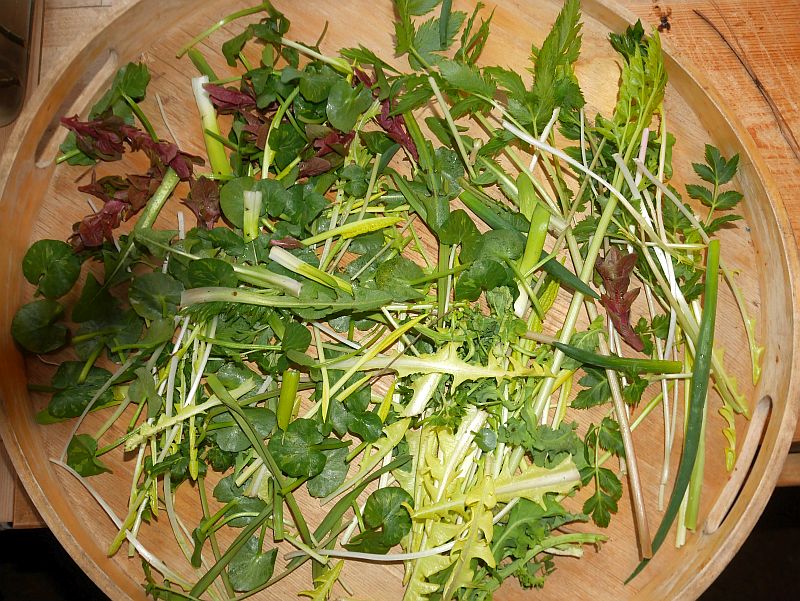 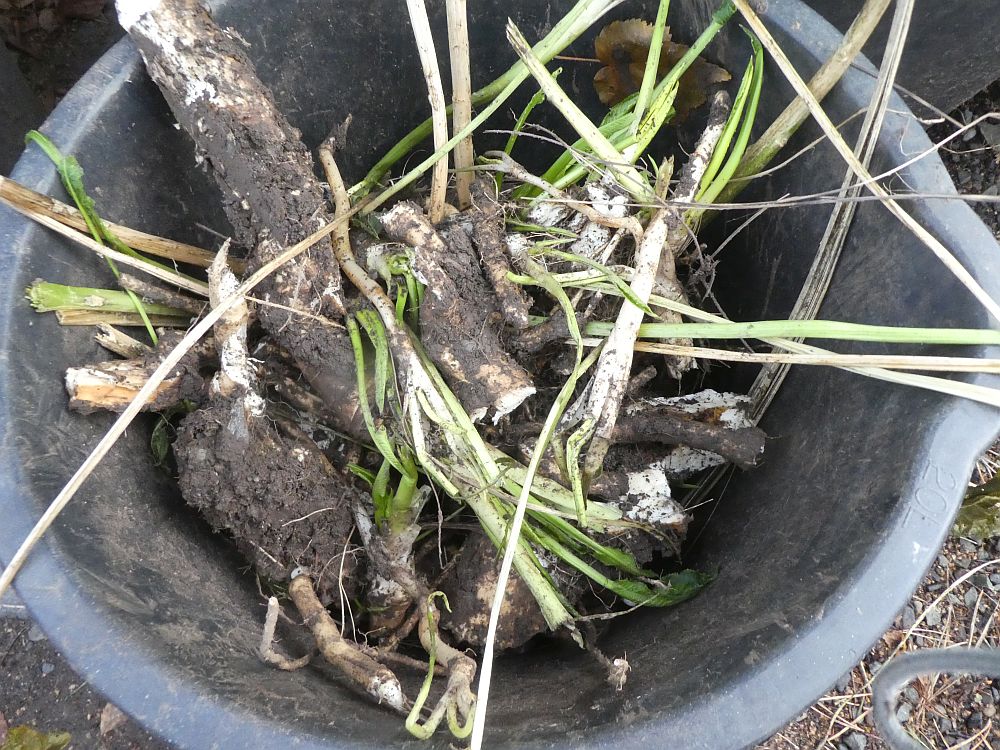 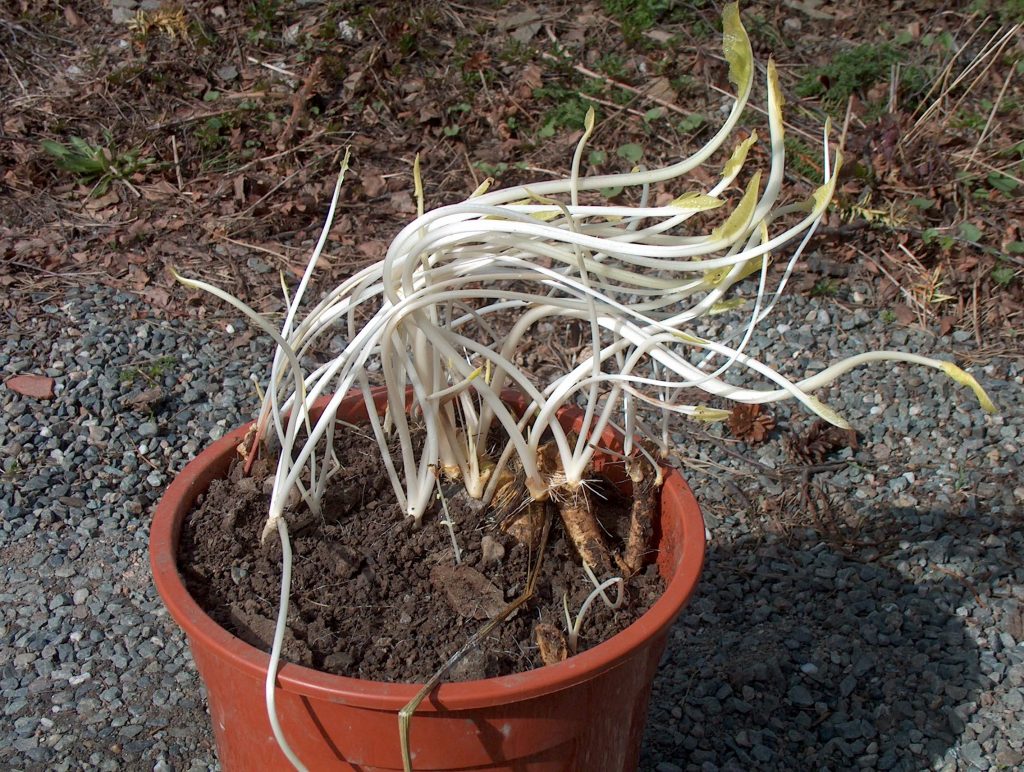 Turkish rocket (Bunias orientalis) is a major invasive in Southern Norway. It is believed that it was spread to Europe in a big way in horse forage that followed the Russian army that was victorious over Napoleon in 1814, reaching France. However, this species was being grown in the Chelsea Physic Garden in London as early as the 1730s.
Thanks to the Thai community in Oslo who discovered this great free to forage edible in Oslo, it has become better known as a summer vegetable in Norway – the best part is the flowering stems and “broccolis” which are milder than the rather strong tasting spring leaves.
However, the roots can be dug this time of year to make grated rocket using a similar method to that used for horseradish! Why not give it a go and help control the plant!
The ones I used were a bit fibrous, but the taste was excellent!
Tonight’s garden foraged perennial veggies for an oriental stir-fry! 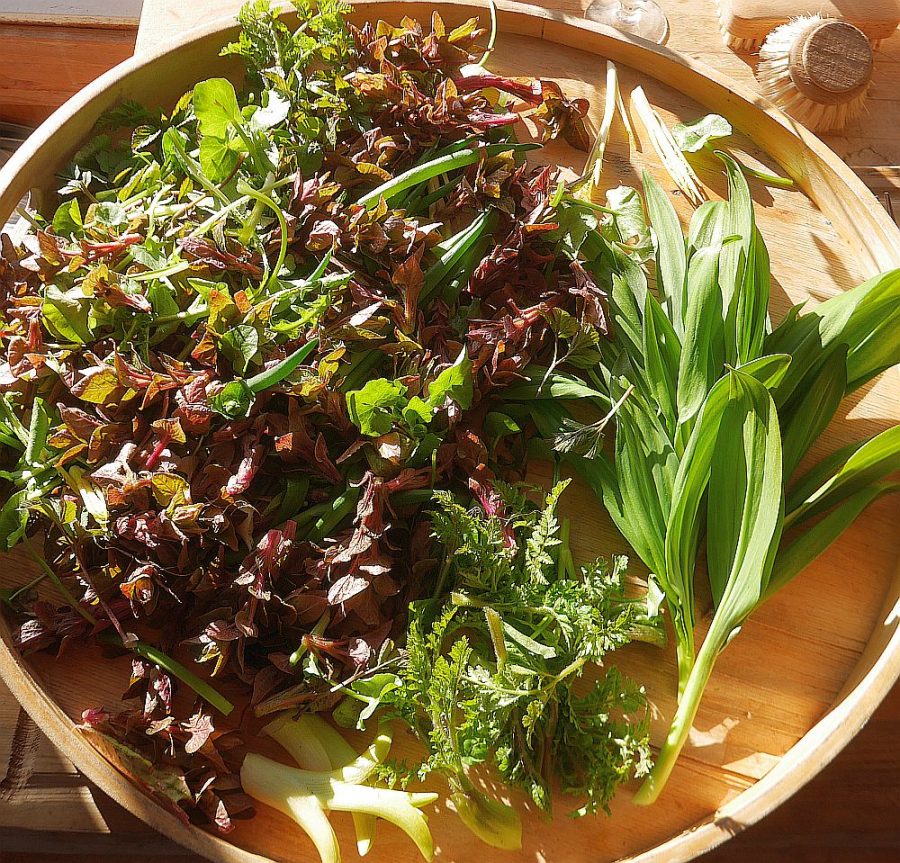 We’re nearing the end of a very mild period with no frost in the ground, so I’ve been doing a lot of unseasonal work in the garden. Yesterday, I dug over the horseradish (pepperot) bed and excavated this one root that was trying to escape into a neighbouring area as carefully as I could!
I cut off the top with a bit of root for forcing the delicious young shoots and the root will be ground! 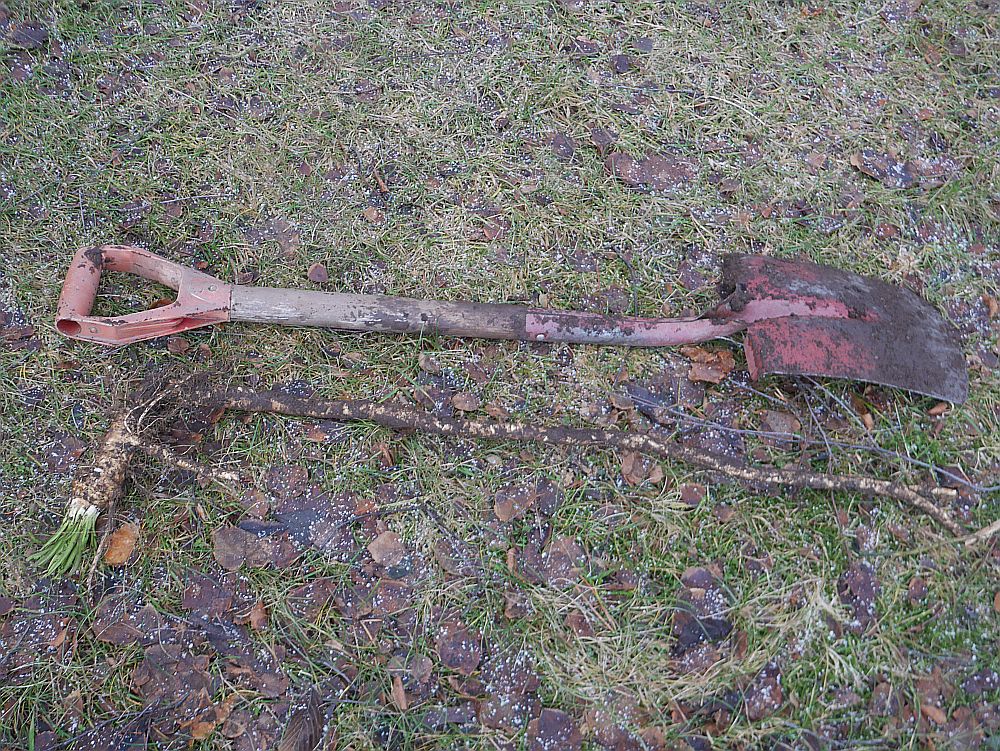 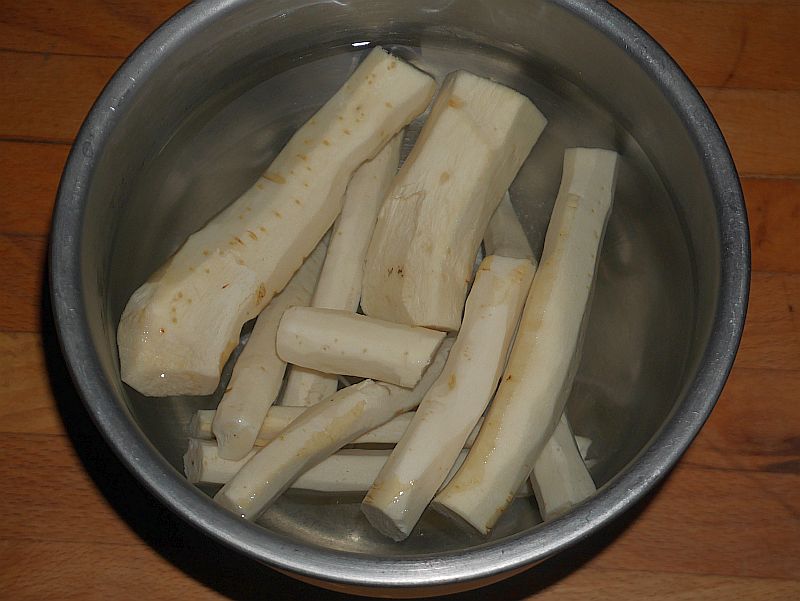 English: In September 2012, I visited Grimstad in the south of Norway to give a talk about my soon to be published  book Around the World in 80 plants to Grimstad bys museer and  Aust-Agder sopp- og nyttevekstforening (the museum and local group of the Norwegian Useful Plants Society).  I was also invited to nearby Bioforsk Landvik where Åsmund Asdal of the Norwegian Genetic Resource Centre had an office.  I had collaborated with Åsmund over a number of years as leader of Norwegian Seed Savers (Planteklubben for Grønnsaker). I gave a short afternoon talk to the staff followed by a tour of the grounds to see first hand several of the clonal collections that Planteklubben received material from each year!

The last roots I harvest in the autumn are perennial vegetables for eating in the winter. I usually do this as late as possible and some years harvestng involves breaking through the ice with a pick axe! With daytime temperatures of -7C forecast for next week, this may be the last chance! Yesterday was the annual horserdish (pepperrot) harvest….the big roots are for forcing young shoots as a vegetable (usually blanched) and the younger roots for grated horseradish! An annual dig also serves to limit the spread of horseradish which can be a problem in some gardens!
See my webinar from last winter on winter vegetables here: https://www.youtube.com/watch?v=sf1ucsGrU2U
Last night (8th March 2017) was the first of two events I had been asked to take part in celebrating the diversity of vegetables that our area has on offer (or could have on offer) even in winter! The Trondheim Kosmorama international film festival are showing two films related to food. Last night, the film “NOMA: My perfect storm” was shown and around 40 people also bought tickets to a fantastic 10-15 course, 4 hour meal (I lost count) at Trondheim’s NOMA: Credo!
I supplied a number of vegetables for the dinner and these are shown here, several being served for the first time in Norway :)