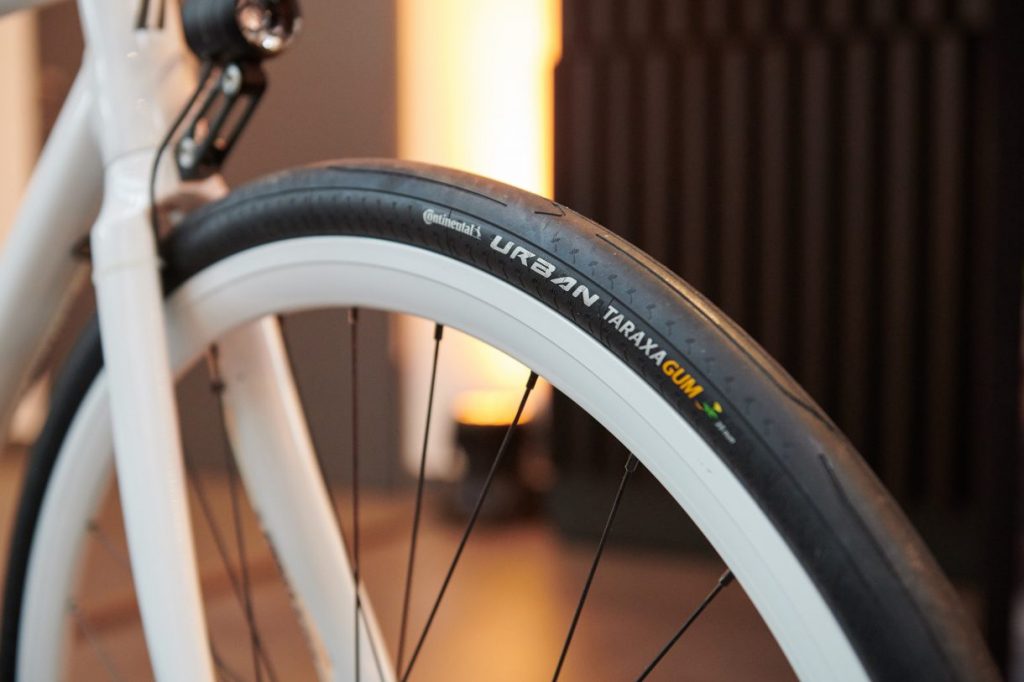 At last, it’s a reality!! Since I heard that Continental were testing the world’s first car tyre with Taraxagum two years ago, I’ve included a picture of the tyre in my talks! I typically tell how dandelions are one of the most important plants on the planet and that you can make a multi-course dinner of different products of the plant (see my book for details) from root crop, salad, dandinoodles to dandichokes, dandelion wine, coffee, tea etc. etc. and I end up by saying that soon you’ll even be able to cycle home on tyres made of dandelion rubber!! I’ll use this picture from now on!!
In the link, it’s mentioned that Germany’s Fraunhofer Institute and University of Münster have helped Continental with the development of the tyre. I was approached by researchers at the university offering me EUR40 for my dandelion seed (that they’d found offered on my Garden Web Internet seed trade list) and, later, asking me to produce as much seed as possible of the rubber dandelion Taraxacum kok-saghyz (more of this story, which has a twist at the end, is told in my book).

The email offering me cash for dandelions can be read here:

(20th April 2005 from a scientist at the University of Münster). I’d asked for other species of dandelion in return as a trade.

“Thanks Stephe for your early reply.

Sorry, we are just at the beginning of our work and therefore we could offer you just some seeds of Taraxacum officinale, but non of the others.
So, what should be the price for the seeds and the postage, around 40€?

Please let me know to which address we should send the money. Please send the seeds in a safe envelope and it would be nice to have them as early as possible. You can be sure that you will get the money!” 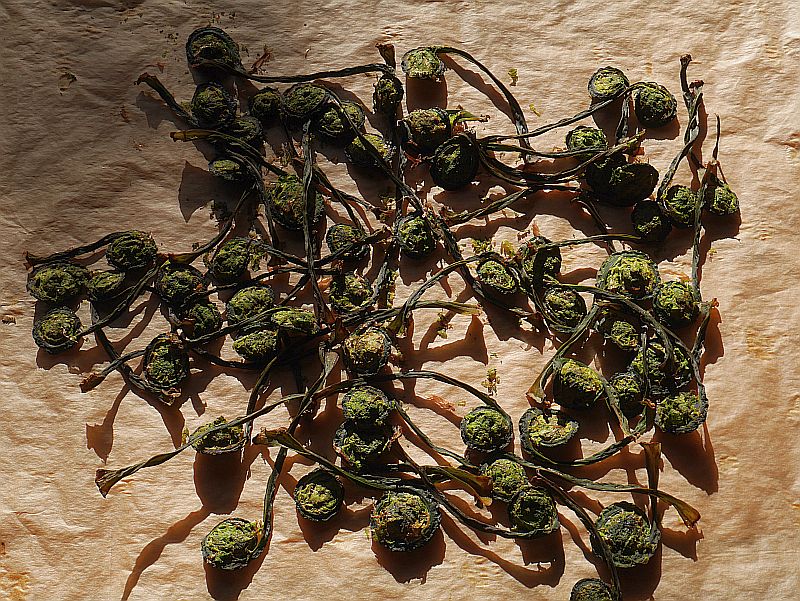 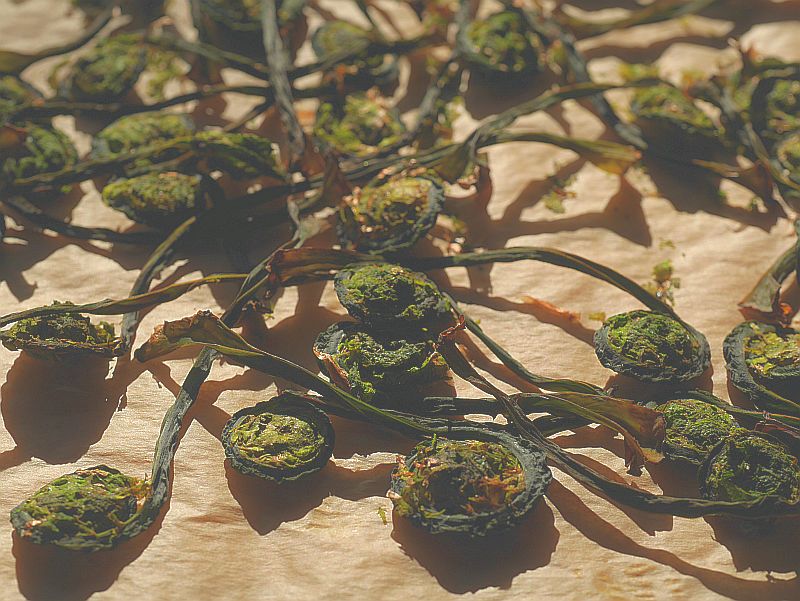 I’ve been hoping this species would one day arrive in the garden and a week ago I noticed a small group of St George’s Mushroom (Vårfagerhatt) or Calocybe gambosa emerging right next to where I sit in the garden next to a birch tree and on the edge of what was once a “lawn”. This spring fruiting species has its English name as it usually appears around St. George’s Day, 23rd April, a month later up here in the north!

The air was full of coltsfoot / hestehov (Tussilago) seed on 24th May! 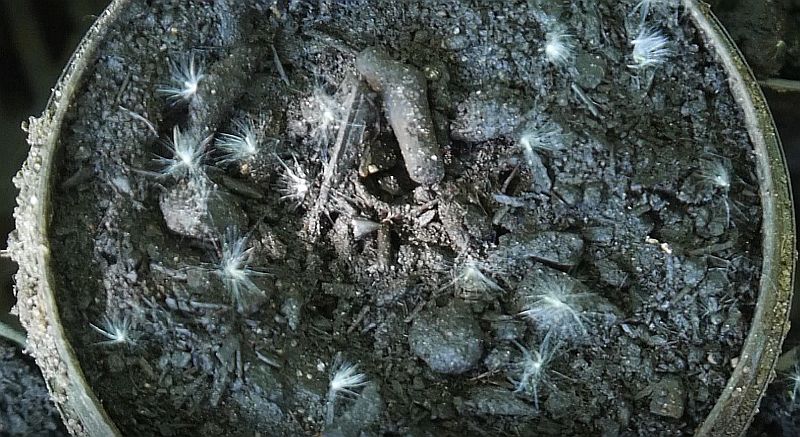 I got this one as Taraxacum albidum from the Swedish gardening organisation’s seed list, but it’s very different from Taraxacum albidum (see http://www.edimentals.com/blog/?p=22302). Notice that the flower petals are pinkish at the tips.

Taraxacum albidum from Japan is flowering!
The leaves are more bitter than Taraxacum pseudoroseum, but pleasantly bitter!