After that amazing lunch, Rita continued with her favourite subject of fermentation and persuaded us all that it really isn’t so difficult nor risky and that many of the rules/recipes are there to be broken. More or less anything can be fermented although fruit does tend to become alcoholic!  :)

Due to a forecast of rain the day before, Rita and I collected plants for the record ferment the day before, just a couple of leaves of each variety, the harvest is shown below:

In the morning I had announced on my blog and various Facebook groups that there would be a competition to guess how many species would be in the final ferment with a prize of a signed copy of my book Around the World in 80 plants! We also had an internal competition on the course and here is one of the participants trying to gauge the number of ingredients in the bowl. The winner was Trude who guessed 401 and the correct answer was 385!  However, when the greens were cut up and salted in the fermentation pot,they reduced more than we expected. It was therefore decided that we would go down to the beach and collect more greens and some seaweed species! Therefore, the final number for the Internet competition is greater than 385 :) To be continued!

4th November 2015: Since June the ferment has been bubbling at Rita Amundsen house. In the end there were 412 ingredients in the pot!! She popped in to the Oikos seminar on increasing vegetable diversity in Norway yesterday and I presented the world record at the beginning of my talk! Today, we sampled it for the first time on Nesodden at my son’s house. It tasted great too! 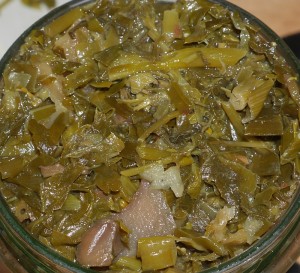 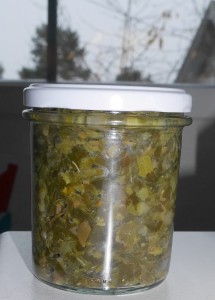