I worked for a period in the early 1990s in Fiji and during a stop in Hawaii I saw for the first time a large tree (picture) of Broussonetia papyrifera (Papirmorbær) which was one of the most important fiber plants in the Pacific Islands; bark fiber is used for making “tapa cloth” (picture). I brought seeds back to Norway with me, they germinated and I accidentally forgot a plant out in the garden one winter. I hadn’t remotely imagined at the time that a tree that thrived in the lowlands of Hawaii could be grown in Trondheim, but it turned out that the species has a wide native range as far north as northern China (China, Japan, Korea, Laos, Cambodia, Thailand, Burma and Assam (India)), and was potentially therefore much more hardy than one would have thought! It is also a beautiful tree with wonderful mulberry-like leaves that are very variable. I had it in the garden for maybe 7-8 years, it then flowered and mysteriously died the same winter (it was not very cold). Fortunately, I had given a plant to Ringve Botanical Garden in Trondheim and I was eventually given a tree back in 2005. In the first very cold winter 2009-2010 it was set back dramatically, but one shoot actually survived and the plant flowered (picture). It did not unfortunately survive cold winter No. 2 and Ringve has now also lost it …. Apart from use as a fiber plant, it is used medicinally (see the sign on the tree from Hawaii), the special fruits are edible and very good (picture from Kew Gardens) and cooked leaves are also apparently eaten. There are about 10 species in the genus Broussonetia. The only other species  I’ve seen is B. kazinoki (kozo), from Japan and Korea, at Kew (with fruit) and in the Cambridge Botanics. 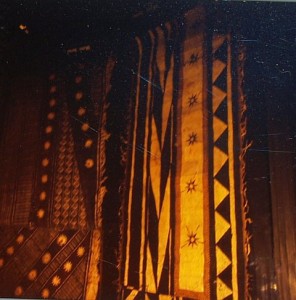 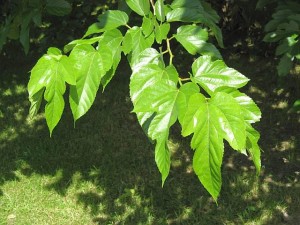 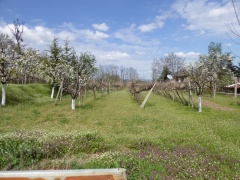 Orchard with Calepina on the journey back to Sofia