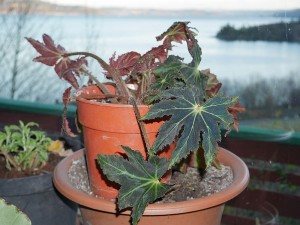 Introducing my second Begonia mentioned in a paper in Economic Botany (2003, 57, 48-53; Edible Begonias from the North of Puebla, Mexico) as being wild foraged as quelites (mixed leafy vegetables). They are collective known as xocoyolis, meaning “sour heart”. Those who have eaten the flowers know that they taste sour.

The new one (picture) is Begonia heracleifolia ‘Nigricans’ (Hogweed-leaf Begonia or Pesoxocoyolli), so called as the leaves apparently resemble Heracleum or hogweeds (with a bit of imagination).  As with nelumbifolia (leaves like the sacred lotus, Nelumbo), this is a superb looking edimental house plant!

Some are sold on markets.

The petioles (leaf stalks) are peeled and boiled, although some people claim boiling destroys them and they should instead just be soaked in hot water. They may be added to boiling beans with the “tequelite” (Peperomia spp) leaves, for preparing chili beans, or they are fried with lard, or cooked with eggs. The petioles can also be used as a substitute for husk tomato (Physallis spp.) in the making
of some sauces. They are eaten year round.

So, about time I had a go :)  The petioles of heracleifolia seem to be much smaller than nelumbifolia, so the latter is potentially the most useful. Heracleifolia is potentially more difficult to cultivate, sometimes going dormant. I lost the first one I tried.

I’m still looking for B. fusca, B. incarnata, B. manicata and B. barkeri  as all are mentioned in the same article. 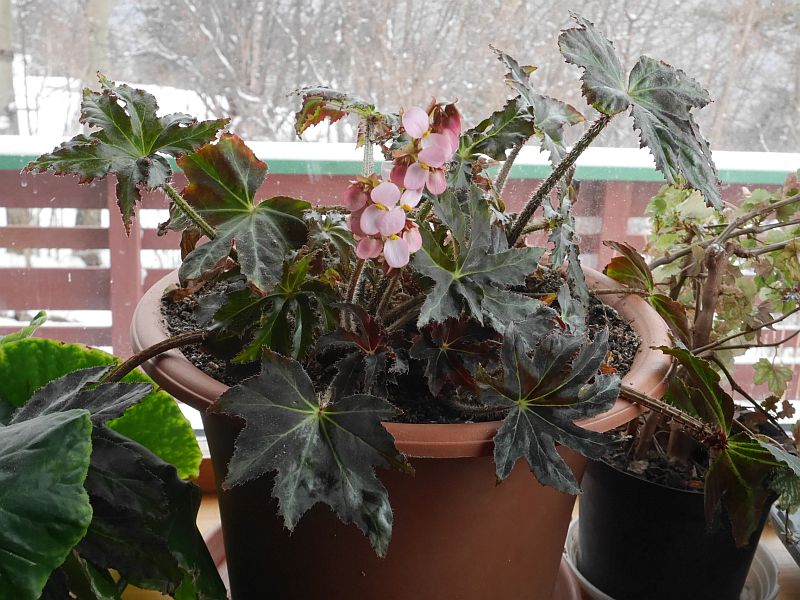 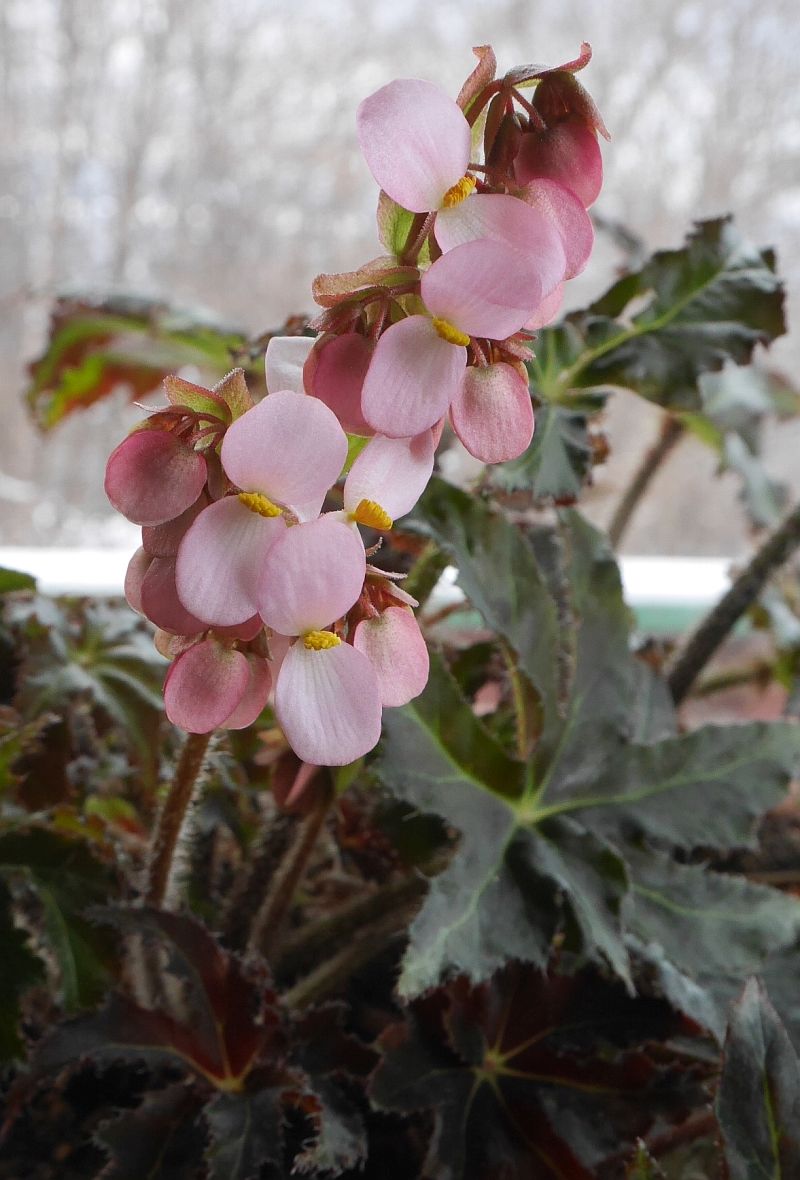