Arrived back home from the UK late last night to -15C and I had to literally plough up the driveway with my suitcase. Nothing frozen in the house and that view was still there and splendid with sea smoke this morning!

It’s difficult to believe that the spring foraging season has come so far here in Hampshire, UK whilst on the other side of the North Sea there are meter high banks of snow in the south!

A few pictures from my Mum and Dad’s garden in Chandlers Ford, a walk around Old Town, Southampton, my talk on Hungry Gap veg at the Art Centre last night (there is no hungry gap in Southern England) and finally pictures of currently foragable plants! 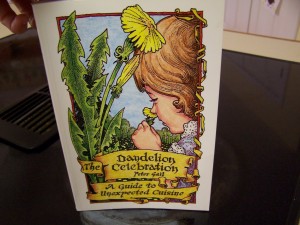 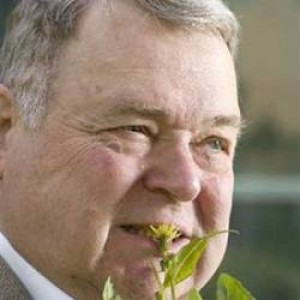 One edible flower still going strong in my living room on 13th February! A Begonia, but unknown species! 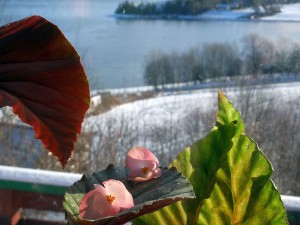 1. Nuthatch and Great spotted woodpecker atop a spruce tree

2. My handsome grey red squirrel disappears up the tree with a grunt

3. I had a  rodent visitor in the night on the balcony on the second floor outside my bedroom…it had climbed up through the Clematis

4. Redpolls with several others

The handsome red squirrel was back today….most red squirrels I’ve had in the garden over the years have been dark coloured!