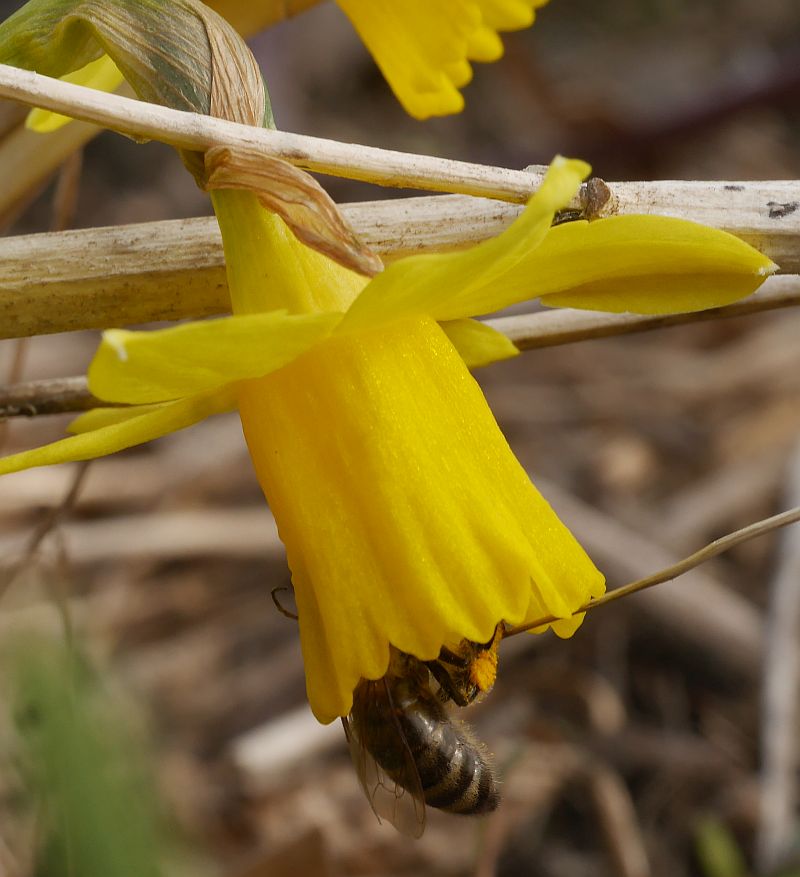 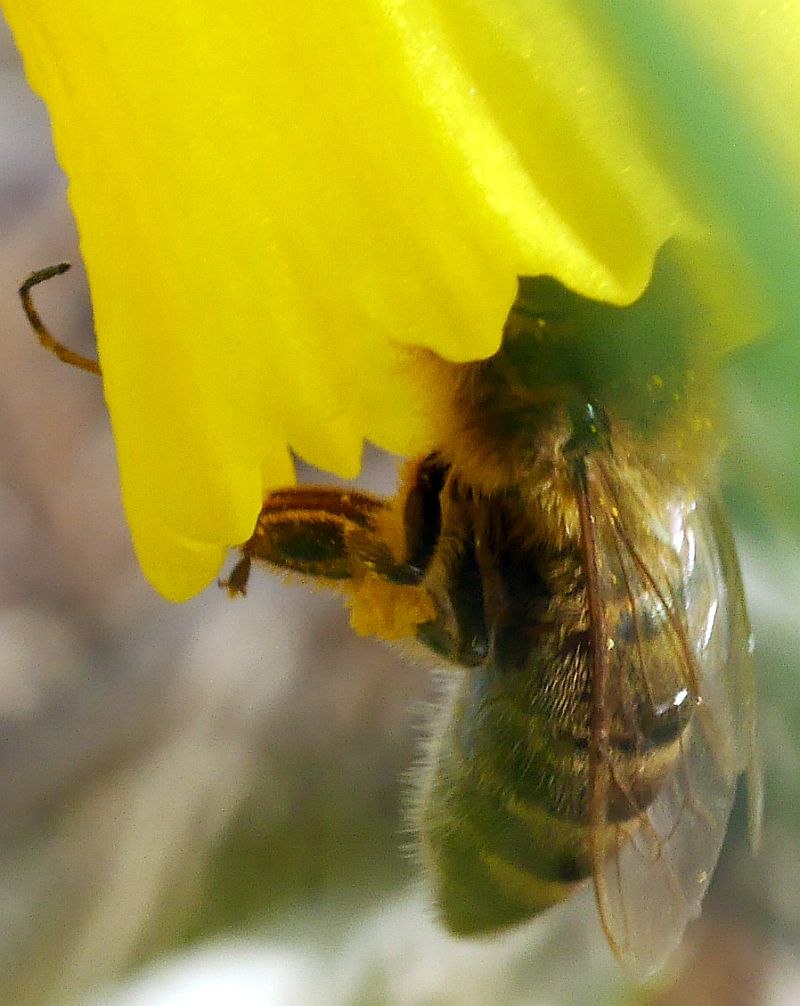 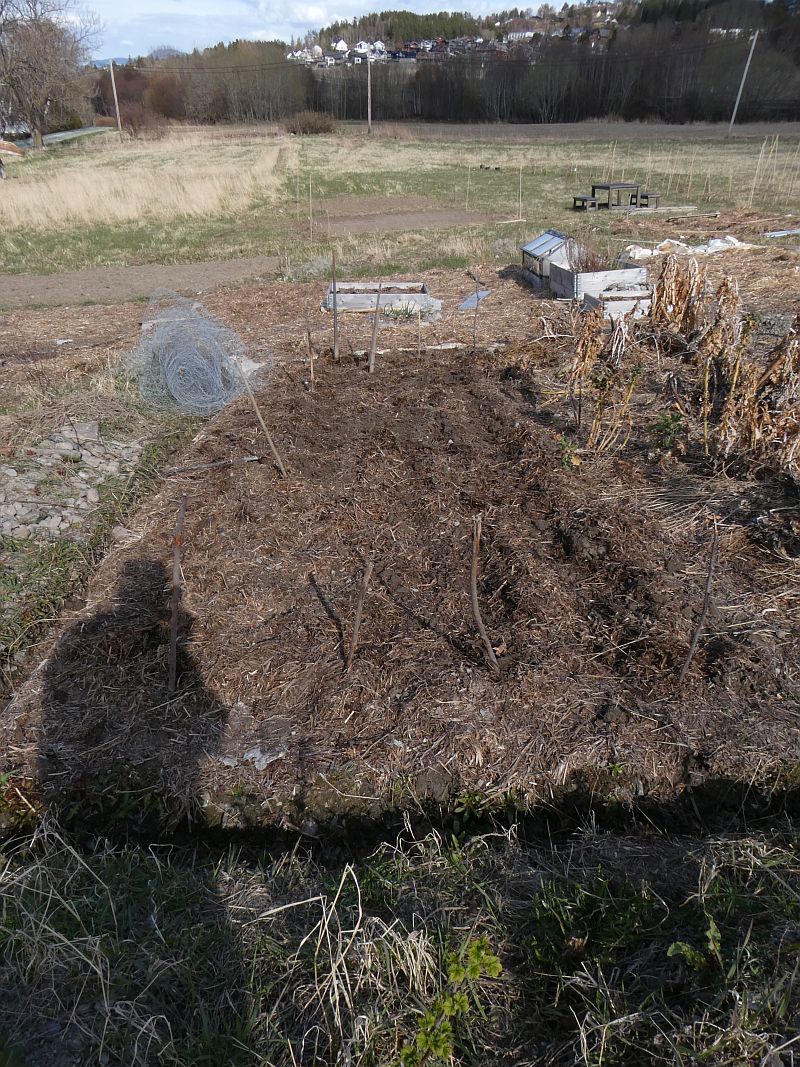 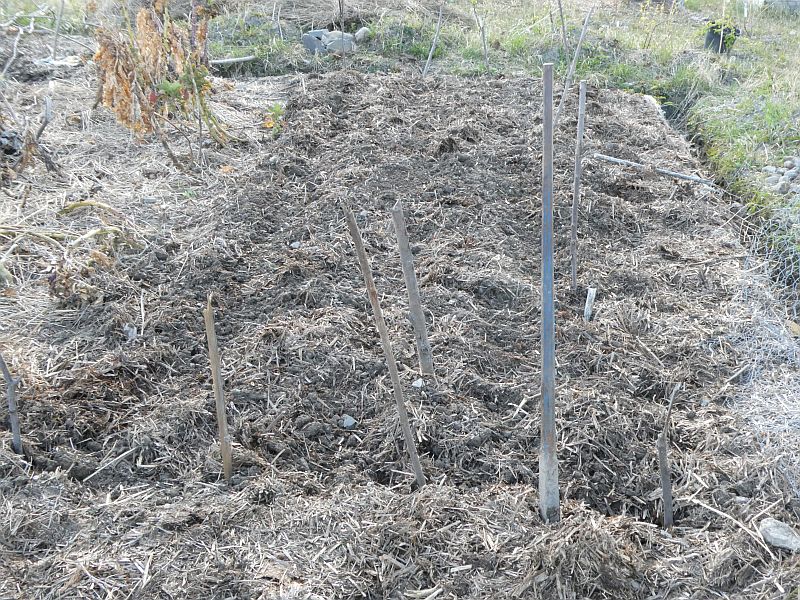 Falafels can be home grown over most of Norway and if we are serious about climate change should become standar fare in kitchens, restaurants and supermarkets throughout the country.  Dig for VICTORY against climate change!
The ingredients:
Broad beans / fava beans (bondebønner); grown in Malvik and stored dried
Victory onion (seiersløk) grows particularly well in the arctic (or replace with garlic or ramsons)
Golpar (spice from ground seed of any member of the Heracleum genus, including invasive Tromsøpalme, Heracleum persicum)
Barley flour (bygg) – I used100% whole grain
Eggs to bind
Fry in oil (sorry, I used imported olive oil)
(Optional: house grown chilis)
Decoration: Oxalis triangularis 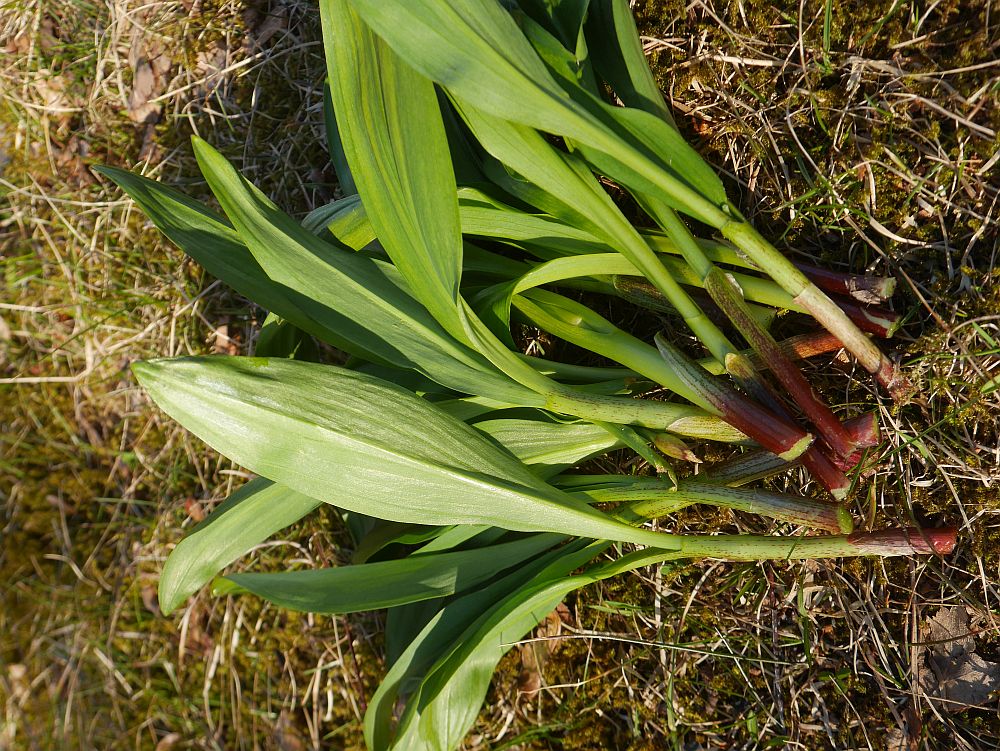 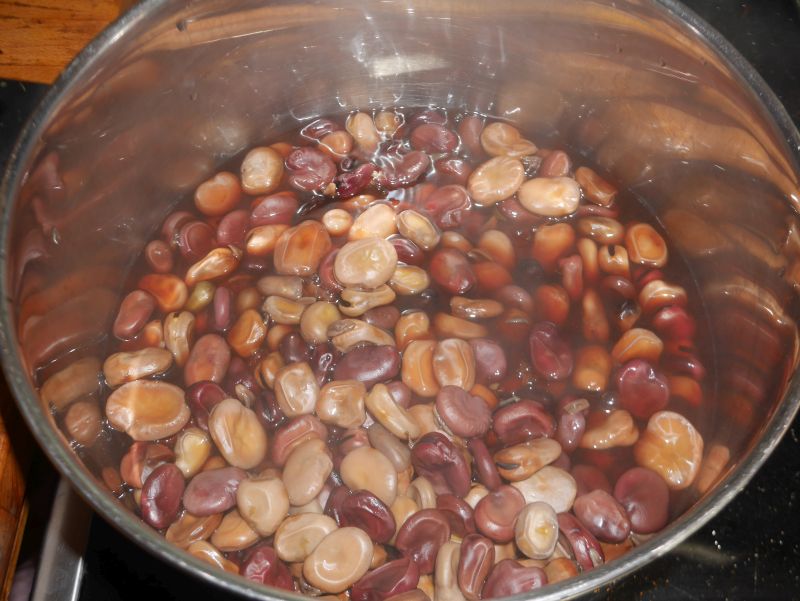 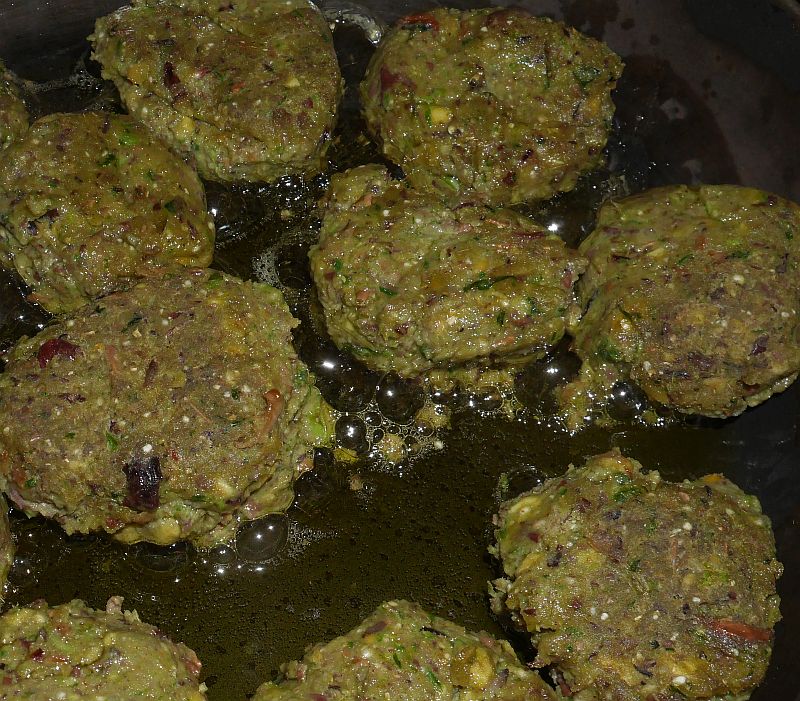 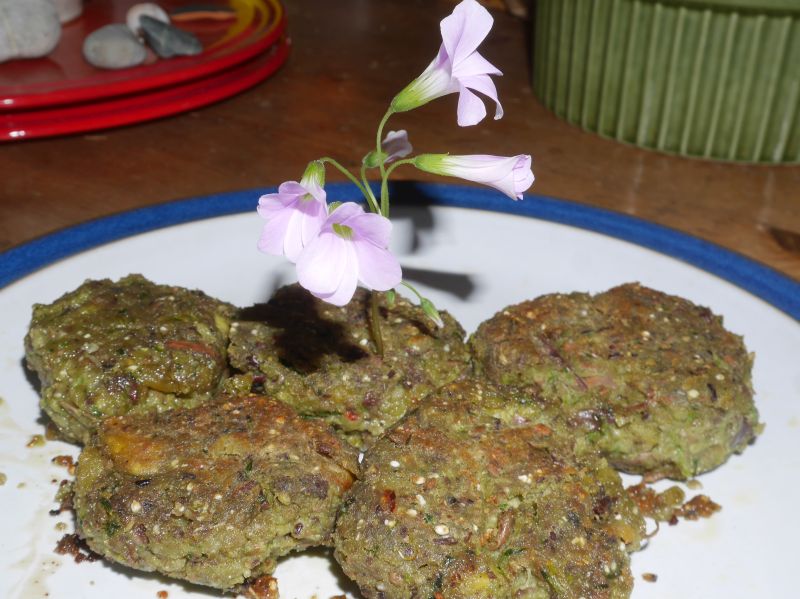 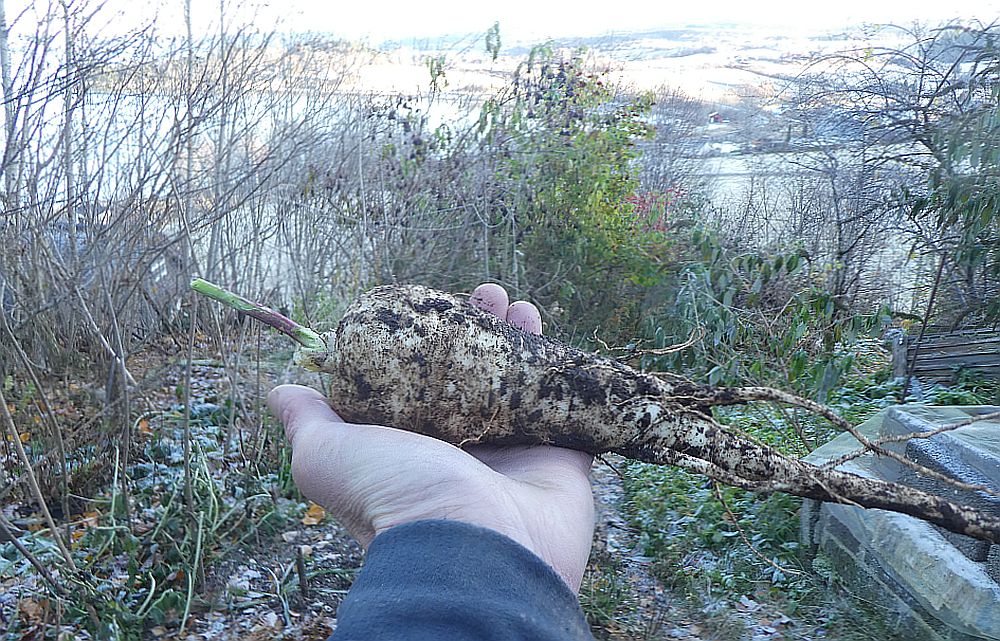 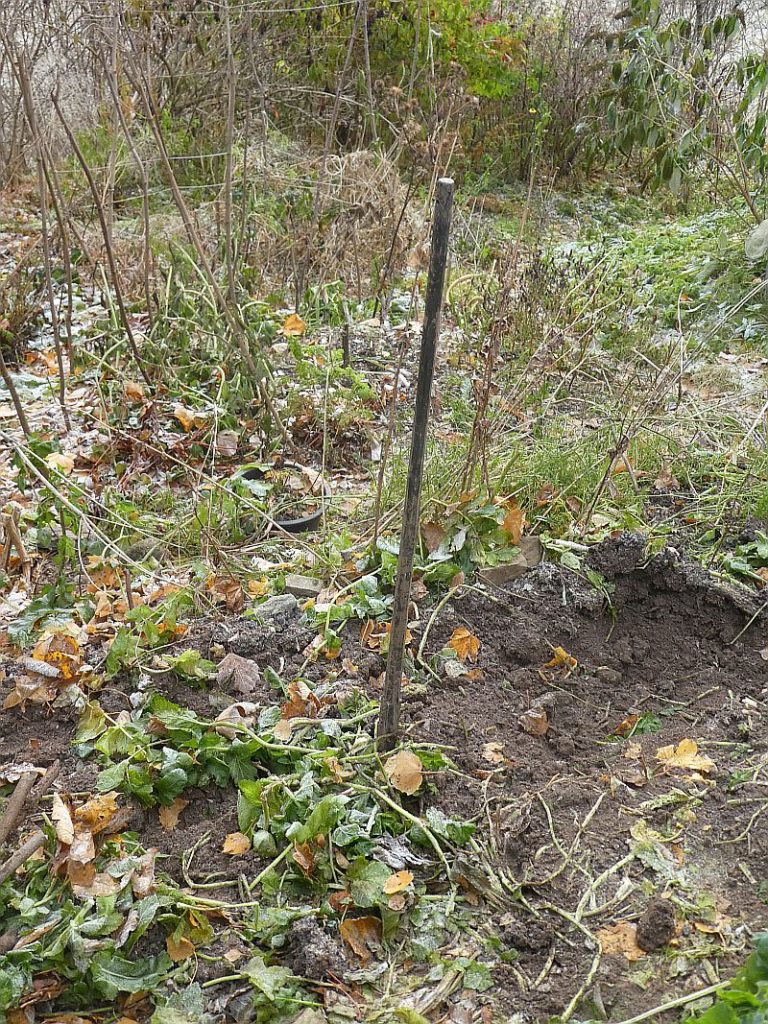 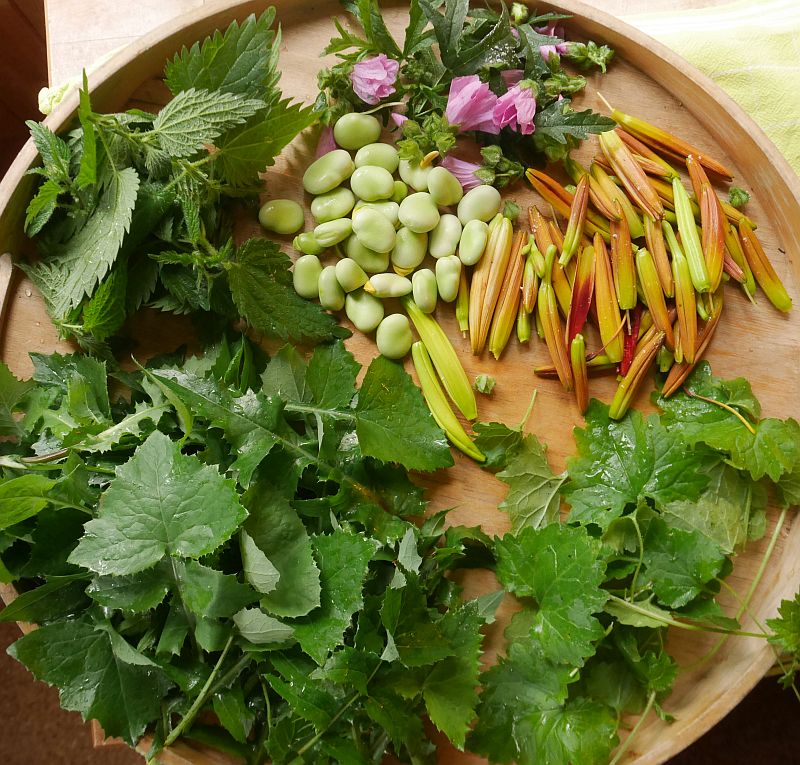 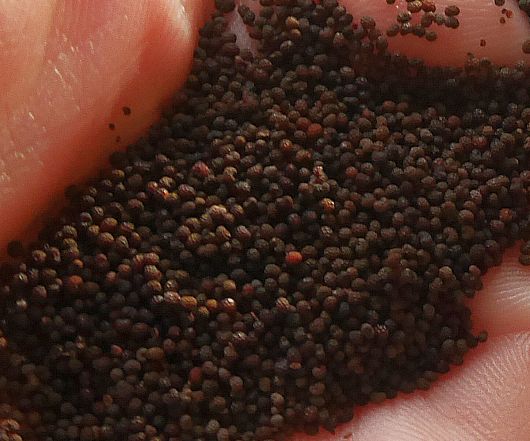 Great to be home again to nutritious vegetarian food! Presenting this week’s two dishes, each lasting two days: dried broad bean falafels (with golpar spice) and a mixed cellar veggie wholegrain sourdough pizza with masses of forced dandelions and perennial kale shoots!
Broad (fava) bean diversity 2018! This was the first harvest at Væres Venner community garden in Trondheim! This is the only (and original) bean for making falafel and hummus! We should be growing large areas of this bean here in Norway for food security and climate friendly vegan food. It annoys me how little self-sufficient Norway is in particular in vegetarian food when it doesn’t need to be that way! 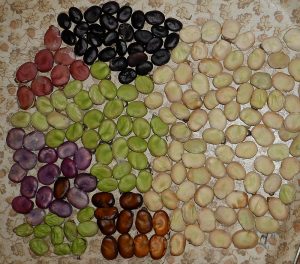 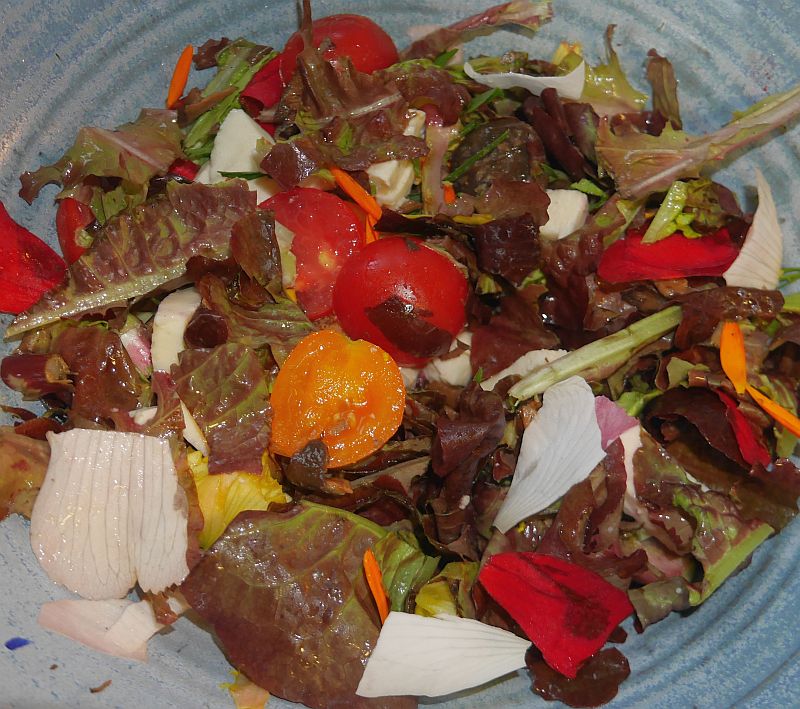 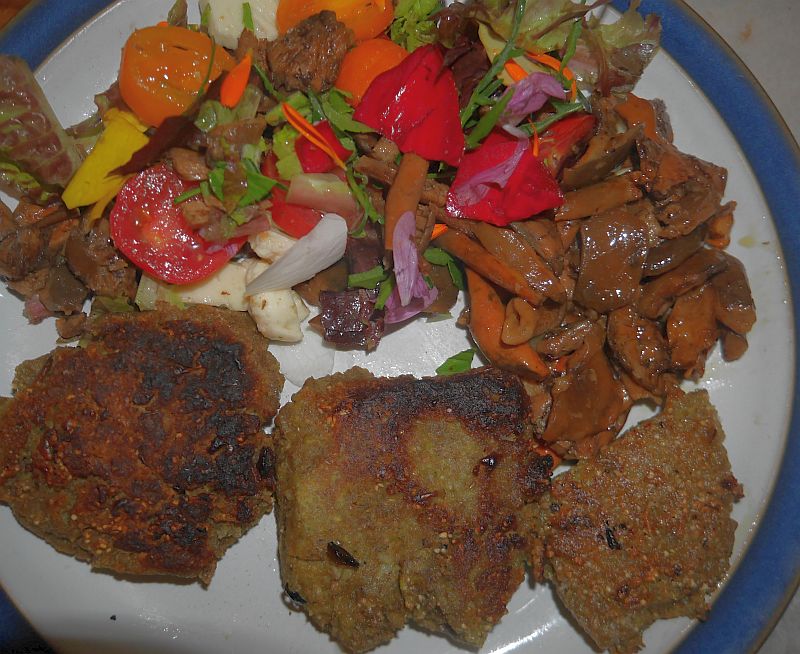 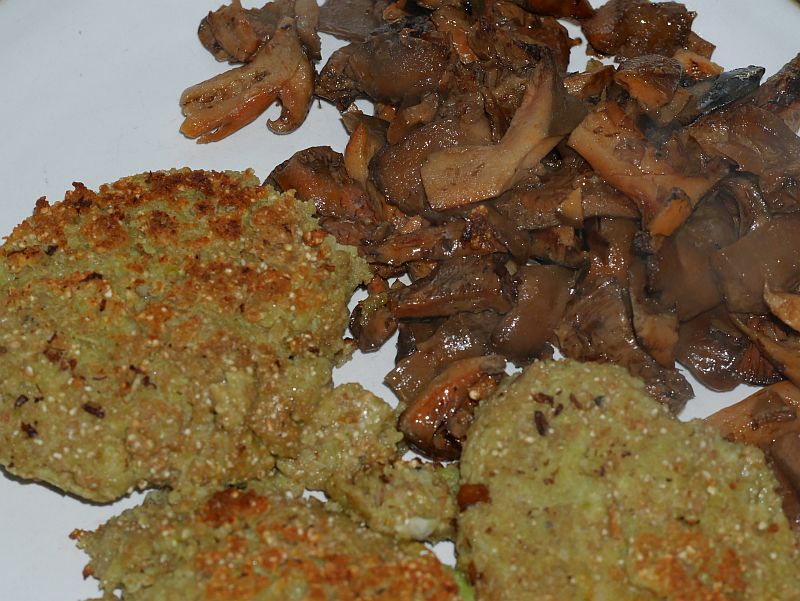 (Norsk tekst finner du nederst: We spent 3 hours this afternoon weeding and starting to extend the KVANN garden at the Væres Venner Community Garden at Ranheim today!
We need more people to help, so please let me know if you’d like to be added to an email list to get a warning if we are planning to work on the garden! It was great to see how the field is now full of pollinators and other benefiicial  insects like ladybirds. The pollinators (bees and hoverflies were on wild thistles and hoverflies were very interested in the quinoa which is now in flower (see the video below)
(Norsk: Vi tilbrakte 3 timer i ettermiddag med luking og jeg begynte å utvide KVANNs hage hos Væres Venner Felleshagen på Ranheim i dag!
Vi trenger flere folk til å hjelpe, så vær så snill å gi meg beskjed hvis du vil bli lagt til i en e-postliste for å få en advarsel hvis vi planlegger å jobbe i hagen!)
Spent the day with assorted Væres Venner (Friends of Være) weeding the KVANN (Norwegian Seed Saver) gardens. The good news is that almost all the couch grass has been removed from the world garden (using bastard digging and weeding the few that came up again!)
19th October 2014: Broad beans / bondebønner were harvested today and made into falafel with onions, apple, chilis, garlic and golpar (Heracleum persicum / Tromsøpalme spice) with barley flour…