I harvested two of the more beautiful broad (fava) beans I’ve grown yesterday, both of which originate in Canada. Red Cheek and Fingerprint favas. The diversity of forms, colours and sizes in these beans doesn’t cease to amaze me! I will definitely be trying to maintain these forms within my grex of broad beans (selection for a wide diversity of different forms every year and all planted close together so that they will cross promiscuously)!
Read legendary Will Bonsall’s article on fava beans where he talks about the diversity of forms and his collection of 250 varieties he maintains for Seed Savers Exchange: https://www.mofga.org/resources/beans/favas 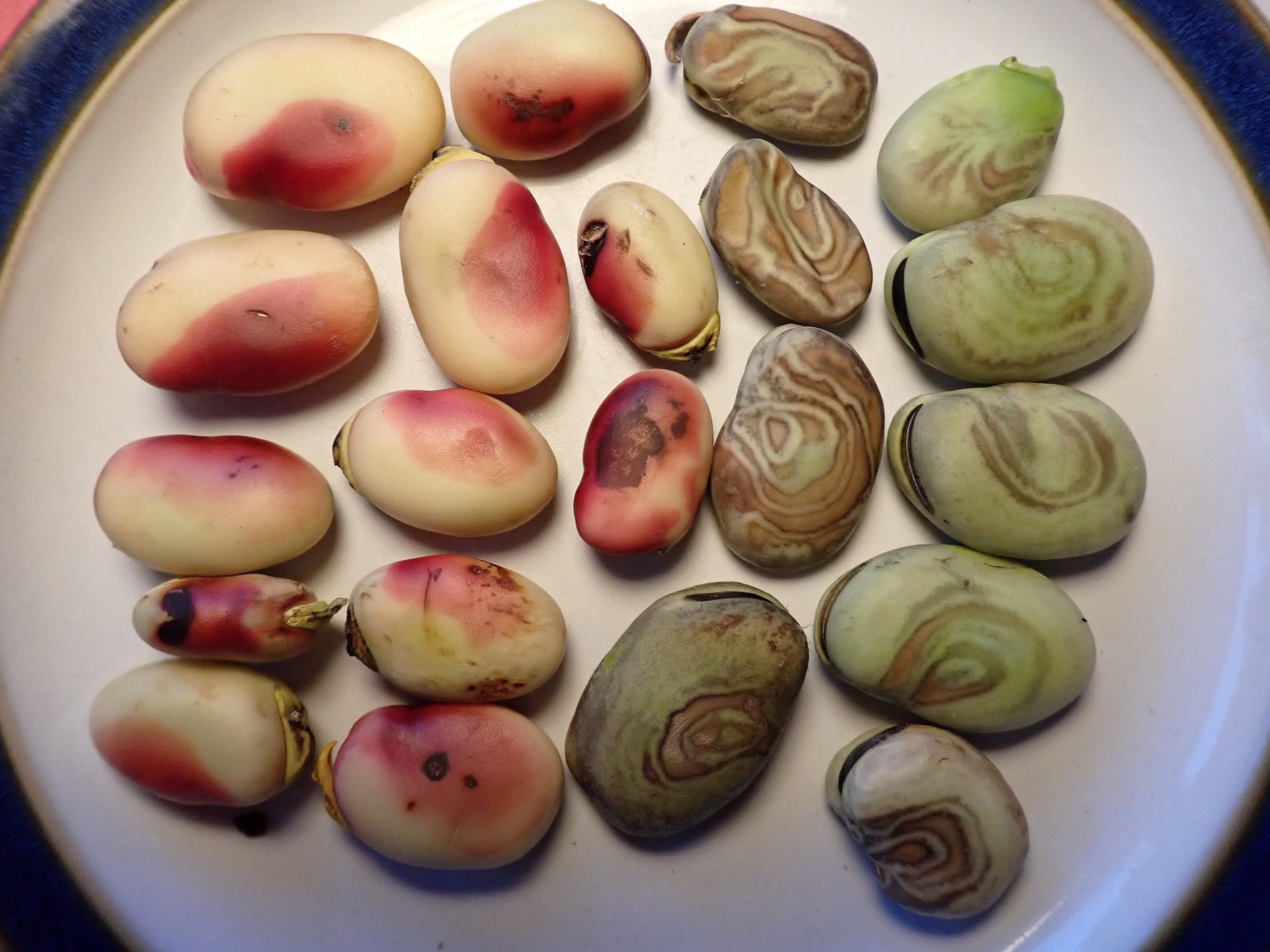 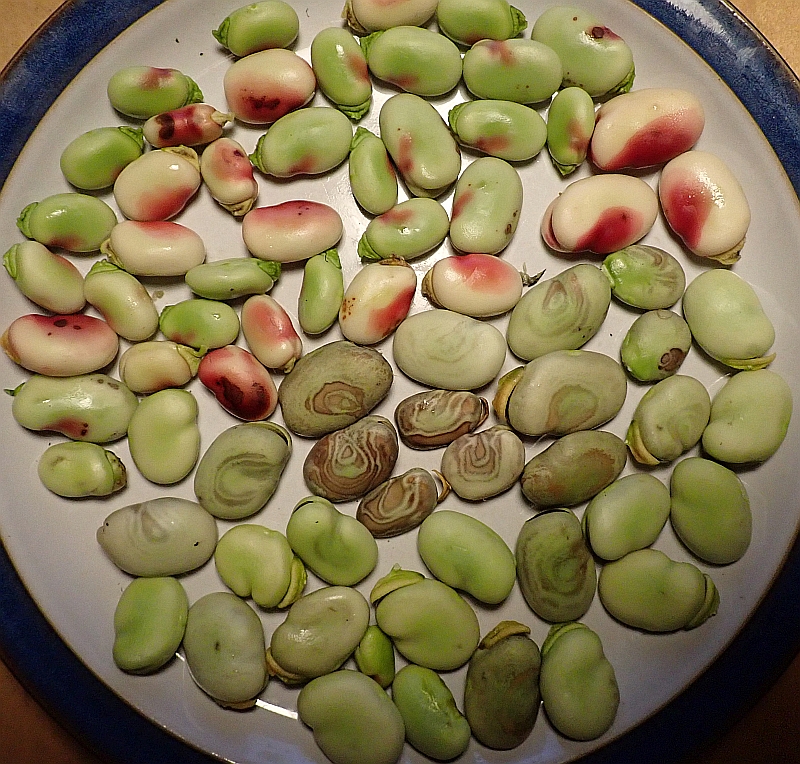 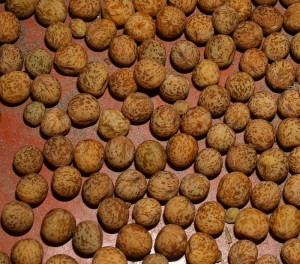