With mild weather continuing and no significant frost so far in December and none forecast in the long-term forecast, it’s good times for Jackdaws (kaie) that feed mainly in fields. Despite the very short days with just a few hours of daylight and no sun, they still have time for “play” before flying into the roost at Vikhammer just a km from here. In cold weather they will fly low down where there’s least wind resistence straight into the roost with minimal aerial acrobatics. Here’s 3 films showing flocks of 540 and 700 birds (yes, I counted for recording purposes) flying over the house and another smaller flock that momentarily landed in the neighbour’s large copper beech tree.

A female blackcap (munk) feeding on ripe elderberries (svarthyll; Sambucus nigra). With no heavy frosts so far well into November, two flower clusters have appeared on the tree! 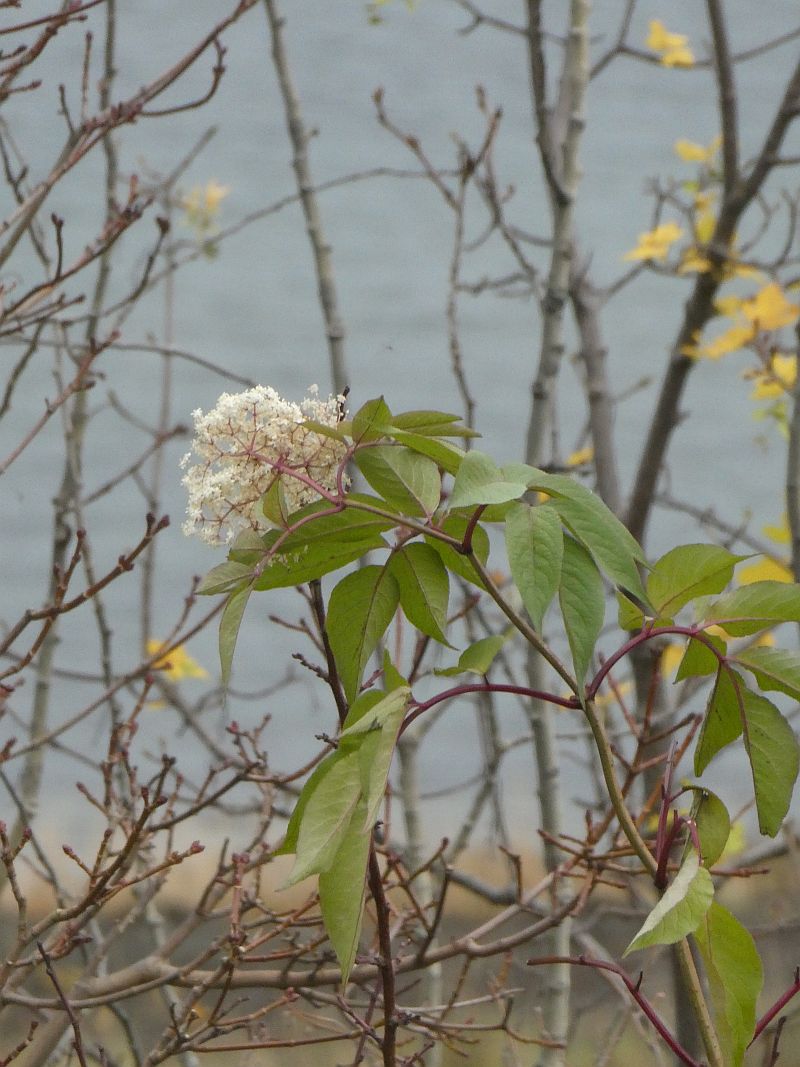 Unusual combination of elderflowers and a kayak on the fjord in November: 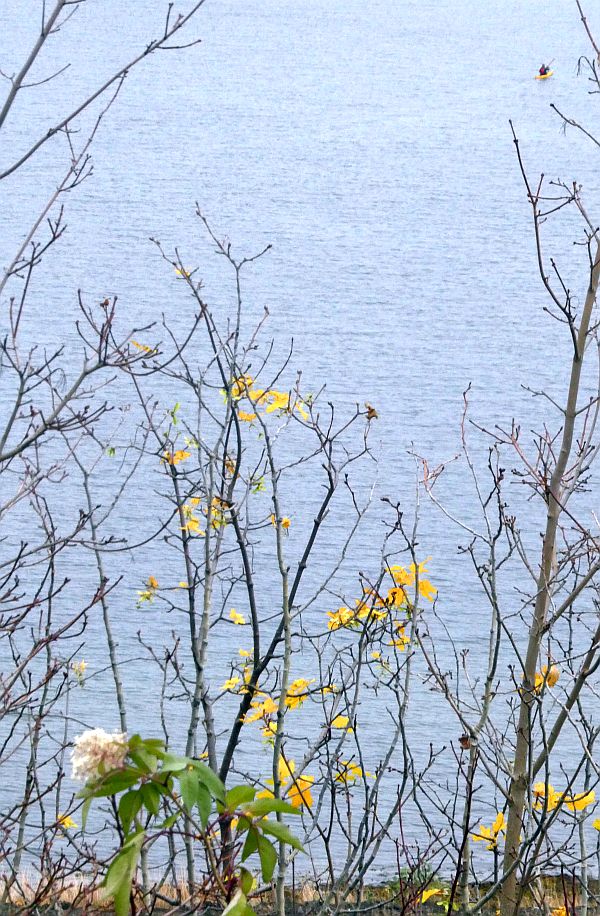 A group of seeding nettles strategically placed in view of a living room window provides a little entertainment in winter ( no, I didn’t plant them, but I deliberately didn’t cut them back). This is important food for various finches in winter including bullfinches (dompap).

I’ve only heard tawny owls in the garden a few times over the year, although there are a few breeding pairs in this part of Norway. Last night, one was calling loudly from one of the trees in the garden and this short film was made from the balcony.

With Covid a long way from being over, I’m wishing I was a bird! We probably won’t be visiting family in the UK this winter and this morning there were some 50 fieldfares (gråtrost) and a few redwings and blackbirds feeding on rowan berries in the garden and above I could witness thousands of thrushes passing the house towards west. On some autumn days thrushes will stream past all day in the same direction, maybe following the fjord. The weather chart shows perfect flying conditions with light north easterly winds between Norway and the UK, so I’m thinking these are bound where I can’t go… 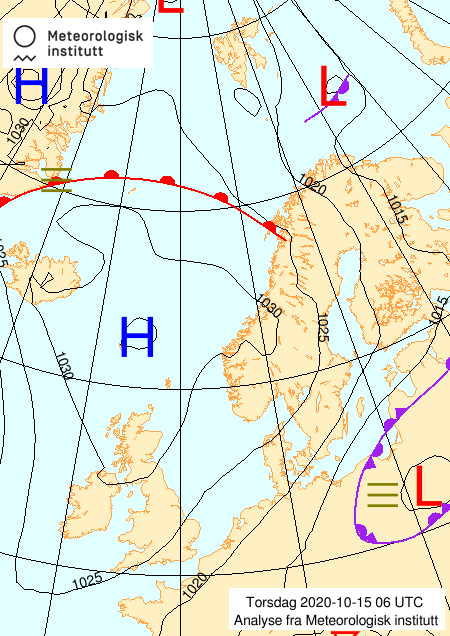 …and right past the house:

It felt really autumny early this morning with geese moving, cranes (trane) calling in the distance and fog hanging over Stjørdal.

This is another example where an untidy garden attracts wildlife. One of my Manchurian walnuts died last winter and rather than cutting it down, I decided to leave it as a perch for flycatchers….and, as ordered, they arrived today, spotted flycatchers (gråfluesnapper). They typically turn up in the garden at this time in small numbers, never breeding. Presumably this is a young bird still begging for food from its parent.