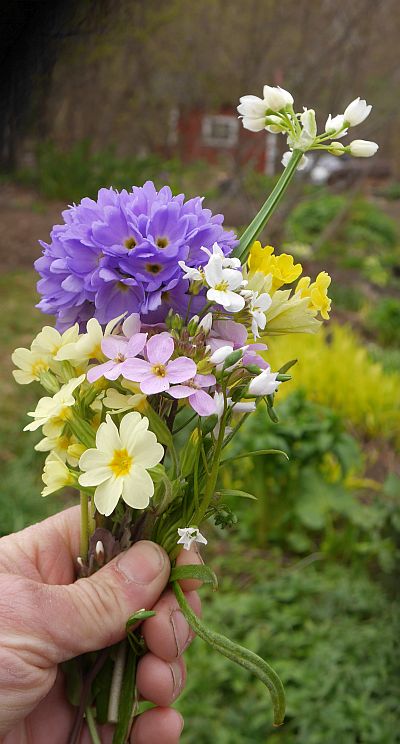 The Less than Extreme Salad Man has been in action with the year’s multi-species salad! A few hours before the polar low storm hit and snow covered the greens, I did a forage around the garden, finding about 15 species, mostly onions, but there were fresh dandelions, perennial kales and the first Hablitzia shoots. These were added to a selection of stored vegetables from the cellar, including blanched dandelion and chicory shoots which had grown in the above average temperatures. About 30 different veggies!
…..and adding a few other things to the one species udo and American spikenard salads (Aralia cordata and Aralia racemosa) and this was the result, the summer’s first extreme salad, on the anniversary of the filming of the extreme salad youtube videos (“B” in the following link!) http://www.edimentals.com/blog/?p=16712