I wrote about harvesting and eating myoga (Japanese ginger / Zingiber mioga) here in Malvik for the first time in 2020 here:
https://www.edimentals.com/blog/?p=26293
It was grown in a cold room in the house all year as previous experience had shown that outside plants managed to survive our winter but that the plants started sprouting very late (June) and hardly grew during the summer. I suspect that although they are relatively hardy they need much warmer summer temperatures than we can offer in this part of Norway.
I decided to repot my plant today and also divide so that I can offer to a few members of Norwegian Seed Savers (KVANN) to try mainly in the warmer parts of Norway.
While transplanting I accidentally knocked off a couple of shoots, so I had a little taste at lunch with an olive oil / soy sauce dressing. Crunchy and mild tasting! 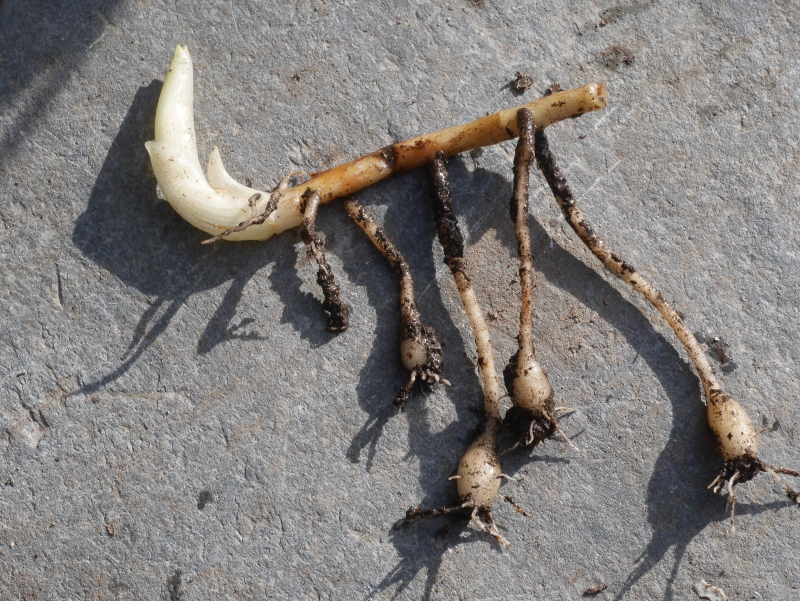 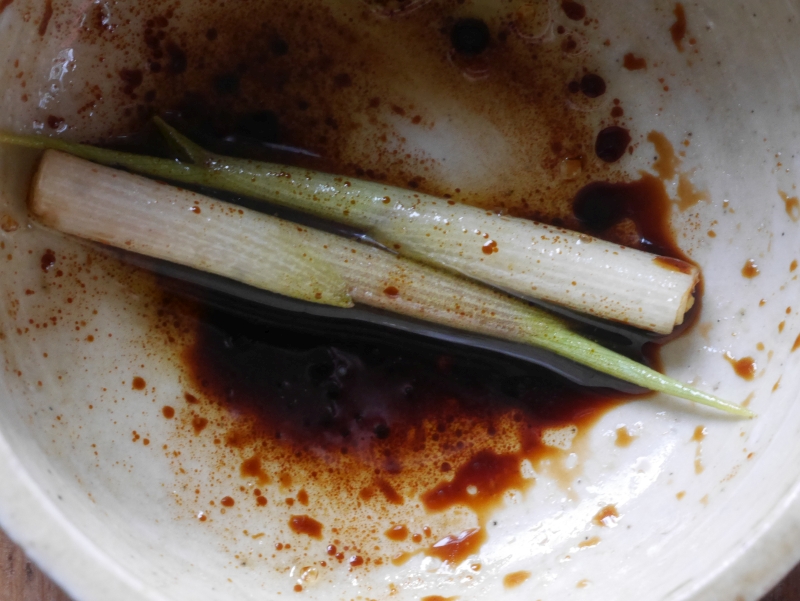 After many years trying, I finally had a taste of home grown myoga or Japanese ginger (Zingiber mioga) this week!
I think it was in the garden of my friend Frank van Keirsbilck (of http://www.thevegetablegarden.be) in Belgium that I  first saw this plant. I bought a plant from Edulis nursery in the UK in 2010 and planted it in my garden, hoping it would be hardy enough. It survived for 3 years, but grew weakly and emerged in the spring later and later every year, before disappearing for good. Determined to have a taste, Frank sent me a starter in 2016 and, now, 4 years on my pot grown plant kept indoors in a cold bedroom all year finally produced a flower bud, the main part eaten. We made a Japanese style soba (buckwheat pasta) dish to which the shredded myoga was added! A very pleasant mild ginger taste, making it all worthwhile. I will now move it to a larger pot.