I encourage this kind of thing in my garden:

The leopard slug or great grey slug  / boasnegl (Limax maximus) is an introduced species, but unlike the spanish slug /brunsnegl almost never causes any damage in the garden despite large numbers of them…but they can eat your vegetables if your garden is too neat and tidy as their preferred food is dead and decaying vegetation! They have also, I believe, kept the dreaded spanish slug at very low numbers (they reportedly eat young spanish slugs and eggs and being highly territorial, returning to the same hiding place every morning, defend such hiding places from the spanish slug! A good guy in my opinion!!

Want to know more about what happens after the video ends? This is from Wikipedia:
“The mating habits of Limax maximus are considered unusual among slugs: the hermaphrodite slugs court, usually for hours, by circling and licking each other. After this, the slugs will climb into a tree or other high area and then, entwined together, lower themselves on a thick string of mucus, evert their white translucent mating organs (penises) from their gonopores (openings on the right side of the head), entwine these organs, and exchange sperm. Both participants will later lay hundreds of eggs”

It was a bit of a shock to discover this monster when working in the garden yesterday, but it turned out to be a friend not foe, an albino black slug (svartskogsnegl), Arion ater :) 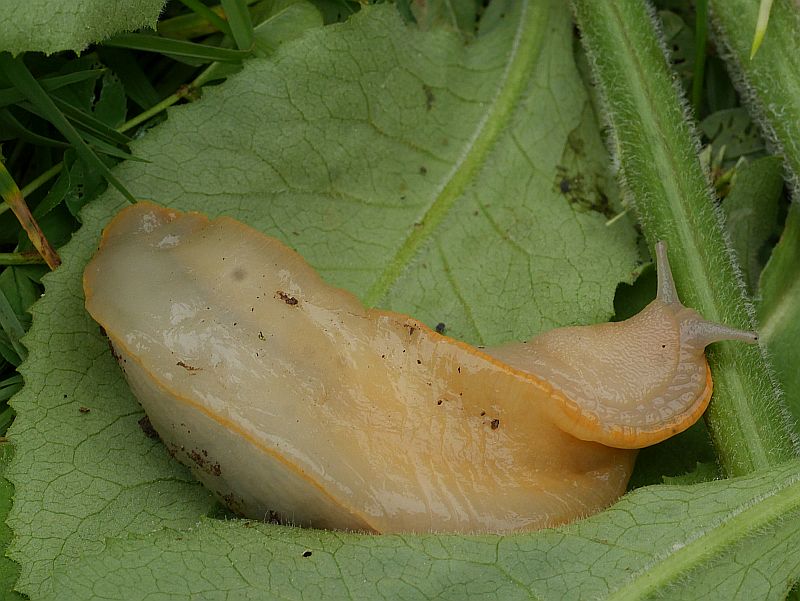 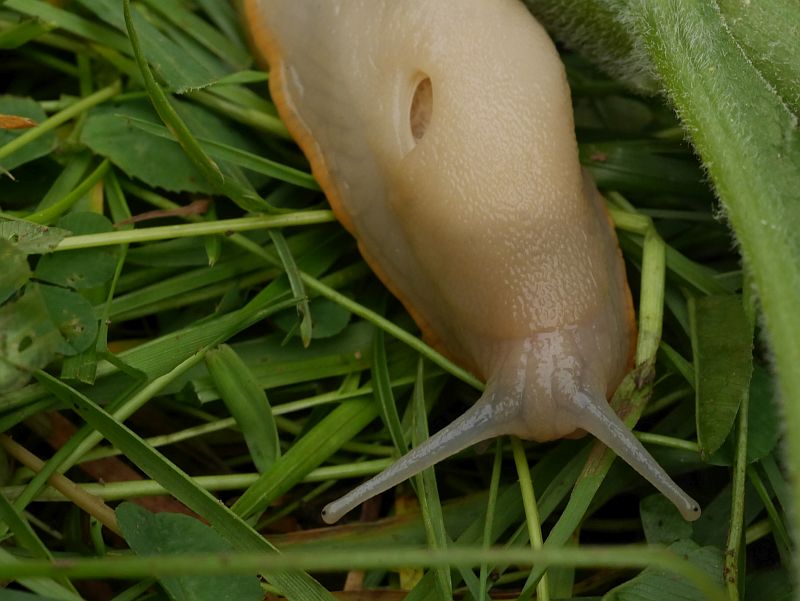 I was very surprised to find this tiny snail in the garden under a Cornus mas leaf today….
I must admit I’d never heard of these so-called door slugs (køllesnegl) before – in the genus Clausilia. There are no reports of this genus previously in my kommune (Malvik). It is tiny, only about 10mm long!
Please let me know if you know which species this is!

My wonderful leopard slugs are feeling it….and I’m happy there will soon be even more of them!! At night, when fertile leopards meet they begin to court, circling and following each other, nibbling each other and touching …The two slugs climb up into a tree or other structure, then hang from a branch on a thick strand of mucus, intertwined with one another….lovely!!
Learn more of the wonderful world of leopard slug sex here:

My first line of defence against the feared Portuguese slug (Iberiaskogsnegl / brunsnegl) seems to be holding despite a couple of sitings in the garden. Last night I noticed that there were hundreds of leopard slugs (boaskogsnegl / leopardsnegl) gathering to discuss strategy! Only when trapped and starving have I noticed them damaging any of my edibles… 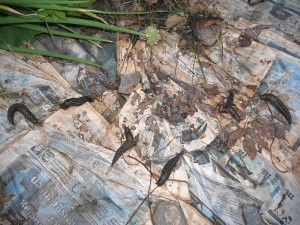 I think two of my favourite slugs are in love, spotted on the path up to the house last night….the more the merrier I say! There’s so much I haven’t seen out there in the garden and the leopard slug mating ritual is probably the most spectacular…particularly when the penis emerges from the side of the head ;) https://www.youtube.com/watch?v=RUvw66h0nbQ 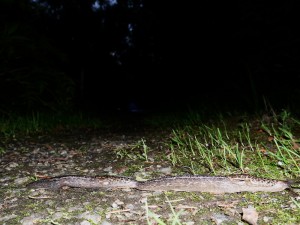 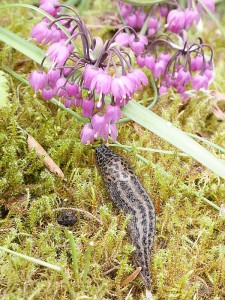