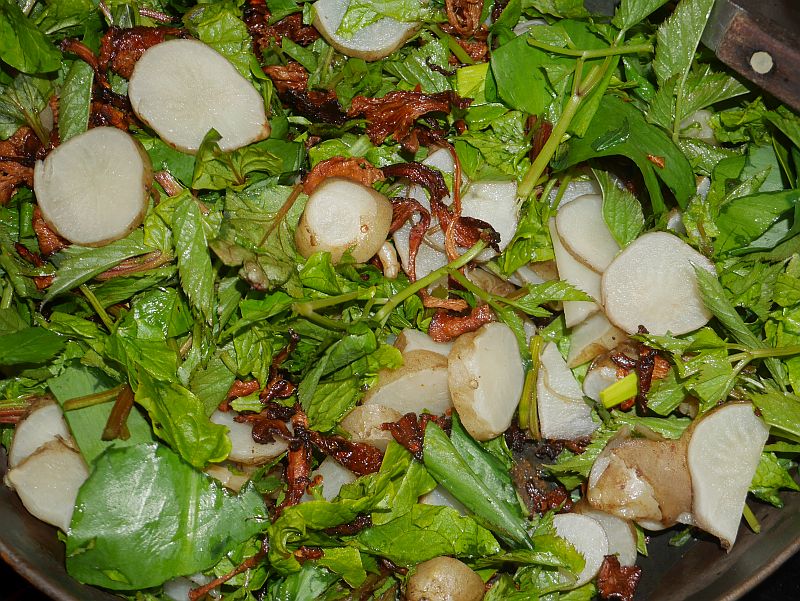 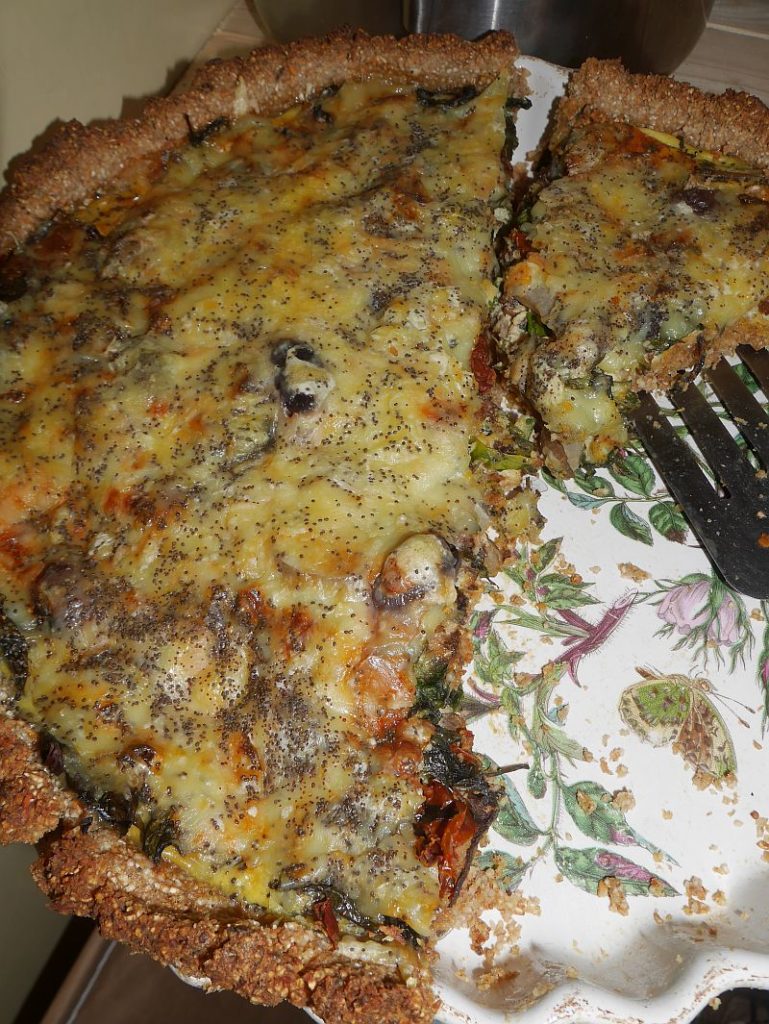 My daughter asked if we’d like to come and join her and her friend in Napolitana (the village pizza restaurant). We were actually just about to eat pizza with new zealand spinach (NZ spinat), broad beans (bondebønner), Johannes shallots (Sankthans-sjalott), patience dock (hagesyre), sea kale (strandkål) and steinsopp (cep / porcini) topping with Hartington Silver thyme (timian) in the tomato sauce with chili….on a sourdough pizza made with 100% wholegrain barley (bygg), svedjerug (Svedje rye), spelt and emmer wheat.
We ate at home!
Habeetsia burgers or Bloody Habbyburgers?
Cooked and ground beetroots mixed with 100% wholegrain barley and rye flour, eggs and cooked Hablitzia leaves and Johannes’ shallots (Allium x cornutum), marjoram, salt, pepper and ground chili.
The last two nights,  Barley Garlic Weedotto (or Garlic Weed Barlotto) was on the meny at the Edible Garden!
I have a relaxed approach to weeds and weeding and don’t mulch my beds like no dig gardeners do as I consider the weeds to be an important edible resource which increases the yield rather than decreasing as most people think!  If weeding becomes harvesting, it becomes less of a chore!
The greens in the barlotto were mostly weeds harvested when weeding my garlic which has grown well despite the ground cover of weeds (the garlic roots are deeper than the weed roots).

NB! Barlotto (Barley risotto) is a local and more nutritious and healthy food as we can’t grow rice !

Last night’s dinner was a 100% wholegrain sourdough pizza with Hablitzia, four cheese and poppy seed topping…
The dough was made from a selection of whole grain organic flours including: coarse rye, emmer, barley, coarse spelt, svedjerug and a few barley and svedjerug grains added.
It was accompanied by a blanched salad – sea kale, dandelion “Vert de Montmagny Ameliore” and Allium tuberosum!
Sooooo tasty….

The Hablitzia once again impresses with its incredible productivity and early growth in one of the driest, shadiest places in the garden!

I love chicories, a huge diversity of vegetable and wild forms, some perennial, hearting types, dandelion like types, various colour forms often like this one splashed with colour, varieties used as root vegetables, coffee surrogate types, forms for winter forcing, hardy, tasty, healthy, beautiful when flowering (both white, red, blue and pink forms are available) and there are no pests or diseases here…what isn’t there to like about them?
I harvested them for storing in my cold cellar and forcing later on in the season. This one was used in an Indian curry with barley “rice”. 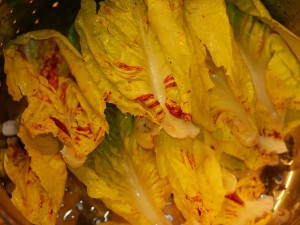 Tonight’s dinner was a Hablitzia-Ramsons-Nettle quiche with oregano, poppy and celery seeds on top with cowslip-violet-Allium zebdanense-Arctic bramble flowers….wholegrain barley-oat-rye pastry…. not at all bad

:)
Anyone else have this tonight? 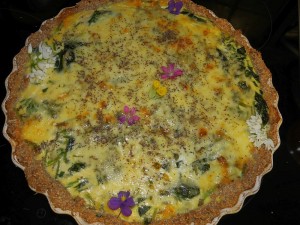 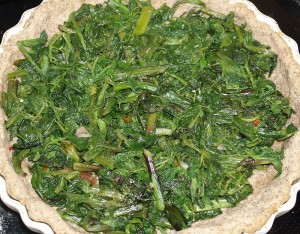 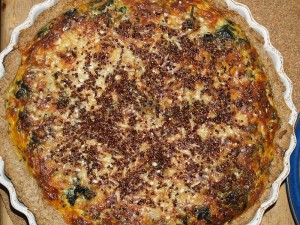 Chicories continue to grow in the cellar which is totally dark and about +4C… made into a chicory quiche, also known as chicoriche ;) Next year I plan to sprout perennial chicory roots!
100% wholemeal barley and oat flour crust and with garlic, masses of chili, sweet marjoram, dried chantarelle and with poppy seeds on top…and I won’t have to cook for a few more days!! Served with a few interesting heirloom potatoes….