…..but for warmer climates than mine!

When I was in New Zealand a year ago, I found the aptly named bower spinach (Tetragonia implexicoma) clambering over lower tree limbs in bowers. For those not familiar with a bower, it is defined as a pleasant shady place under trees or climbing plants in a garden or wood?). It seems to me that most of us are doing “Bower Gardening” rather than “Forest Gardening” (an exception being Feral Farm in WT which I still intend getting back to…).  It struck me straight away that this plant would make a great plant for a bower garden! 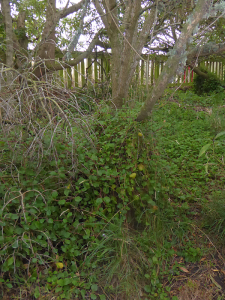 From Wikipedia: Bower spinach is found mainly in coastal regions of New Zealand and southern Australia as well as on many nearby island groups. It occupies a variety of habitats from sand and shingle beaches through coastal woodland, shrubland and grassland, and as exposed, salt-pruned vegetation on cliffs and stacks. It may also be found well inland, in farmland where it is grows in barberry (bilberry) hedges, or on calcareous sandstone or limestone outcrops in dense forest.

In Australian books on bush tucker (i.e., foraged edibles) it is opinioned that it is almost as tasty as its cousin New Zealand Spinach (Tetragonia tetragonioides) which I saw growing on beaches in New Zealand and that was my experience too!  In the 19th century, botanist Ferdinand von Mueller (https://en.wikipedia.org/wiki/Ferdinand_von_Mueller) actually suggested that this spinach was worthy of cultivation!!

Andrew Crowe’s book on edible plants of New Zealand also mentions that the carmine-coloured juice of the berries was used by the Maori as an ink, although it quickly faded.

The escaped South African sea spinach Tetragonia decumbens has apparently escaped from cultivation in southern Australia and forms large mats on beaches around Perth and Adelaide. 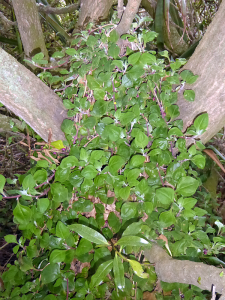 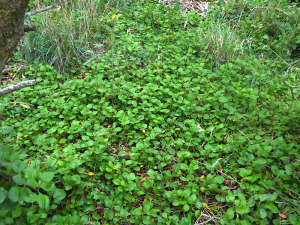 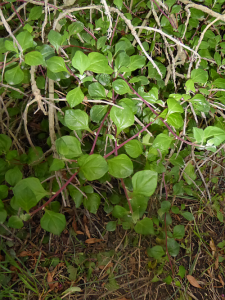 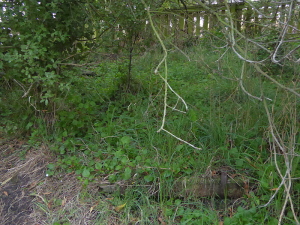 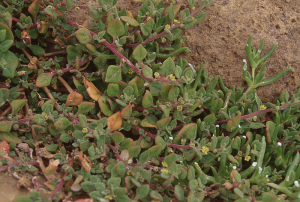 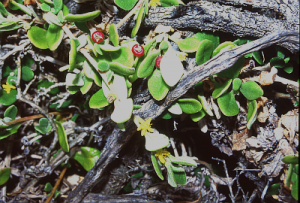