Excited that Asparagus cochinchinensis, a tuberous rooted climbing asparagus found in Japan (on seashores), China, Korea, Laos and Vietnam has germinated (sown early in 2014). In at least Japan and Korea the tubers are used as food. The tubers are already very evident!

Add (September 2015): I recently stumbled over a large plant of this species in the Medicinal Garden at the University of Washington Arboretum (it could have easily tripped me up!) 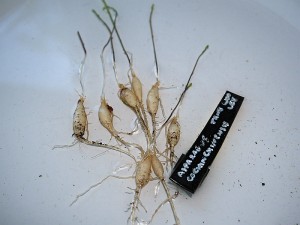 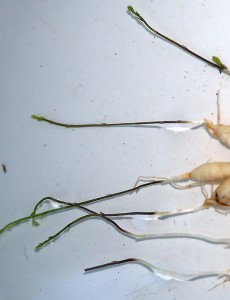