I got home from my trip at 8am this morning! At 10:30 a great group of students studying self-sufficiency (sjølbergerlinja) at Fosen folkehøgskole (Fosen Folk High School) visited for a tour of the garden and afterwards helped me tidying and moving plants from the cellar!

These little fellows arrived back in the last couple of days!

I can now hear red throated divers (smålom) calling and displaying on the fjord every day! A couple of videos from yesterday. They breed on small lakes inland from here!

My spring beauties are flowering in the garden, appearing a little before wood anemones (hvitveis). 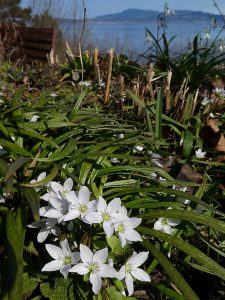 The one I grow is Claytonia virginica and last summer I found this monster tuber: 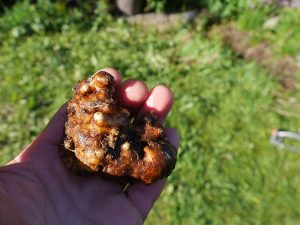 I still haven’t got round to eating the tubers (Euell Gibbons was a fan!), but I regularly eat the spring leaves and flowers in mixed salads. I would love also to try  other tuberous species like Claytonia caroliniana and C. tuberosa but have never seen a source  :-(

I heard dunnock (jernspurv) singing in the garden for the first time this year, the normal time for them to arrive here. They occasionally overwinter, but I’ve never seen one in winter. Today I made this video of one singing high in a spruce tree in the garden today! Robin song can also be heard here.

DHL arrived yesterday with 200 new books of the 5th reprint of Around the World in 80 plants! This time 15 minor mistakes and improvements have been made!
Available from  http://www.edimentals.com/blog/?page_id=30

who became the third species in 3 days to sing to me! Sat under the old gnarled birch tree in the garden having breakfast this morning and I was joined by this chaffinch (bokfink) :)

Evening sun reflections from across the fjord at Stjørdal about 13kms away and the mountains beyond! 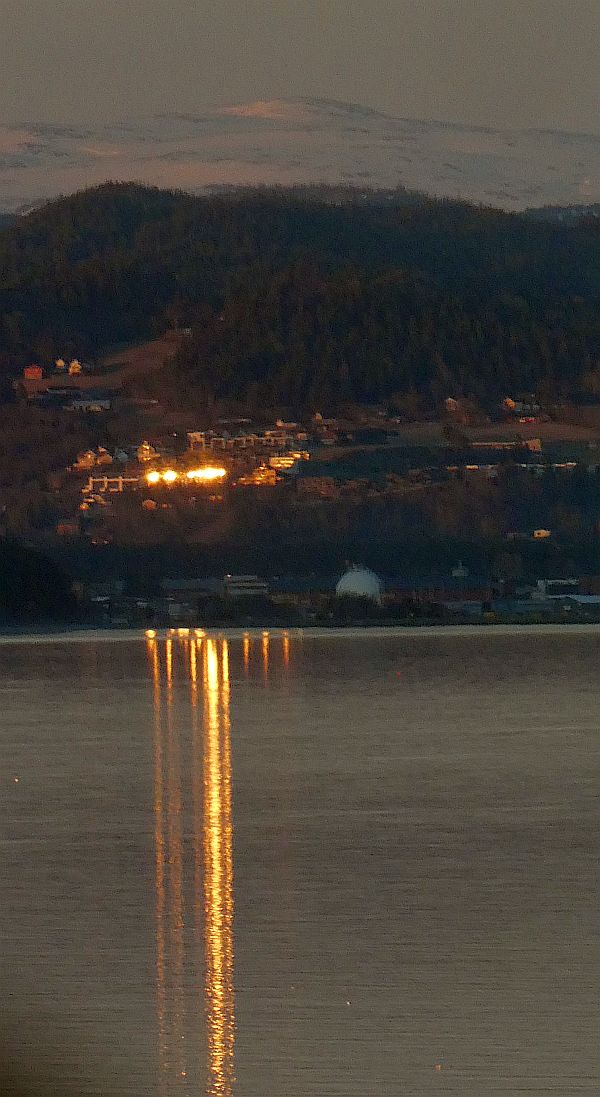 My first butterfly of the year has emerged in the garden, a small tortoiseshell (neslesommerfugl), seen on one of the last winter aconites (vinterblom). I was surprised to see that someone saw a red admiral butterfly yesterday in Steinkjer,  75 km north of here. This must surely be an individual that has overwintered…the furthest north this has happened as far as I can see!