I introduced you to a Korean woman, Misoni Sandvik, in my recent post about Aster scaber:  http://www.edimentals.com/blog/?page_id=3103.   She helped me to order Ligularia fischeri which I found in the same on-line vegetable catalogue as Aster scaber. 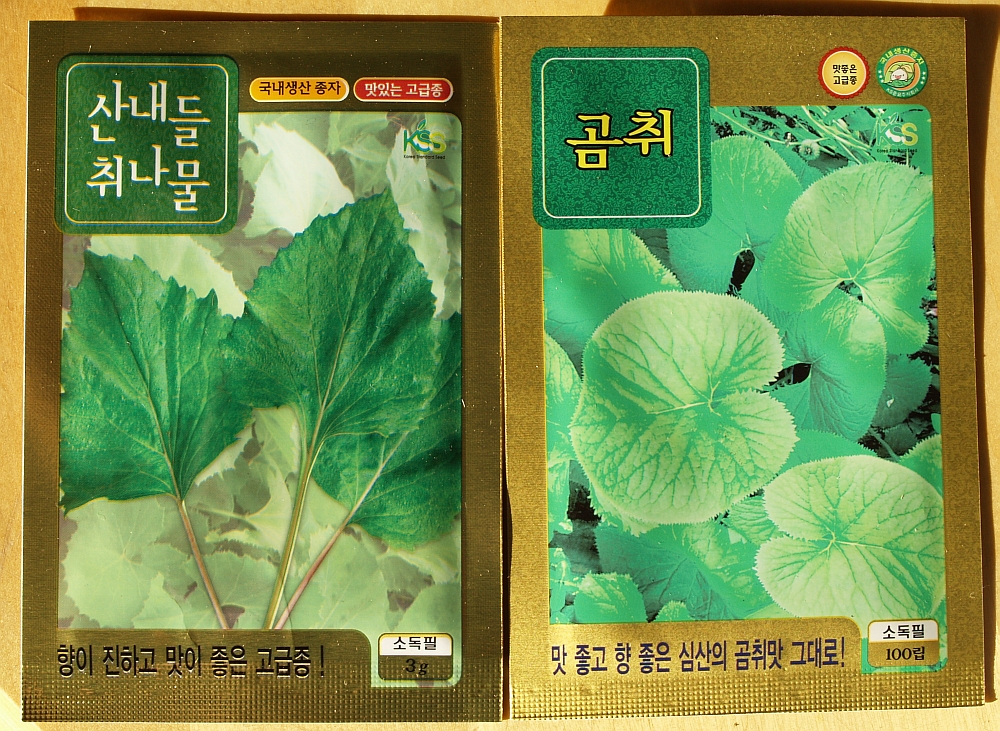 This species would certainly have been included in my book had I known what a great, productive perennial vegetable it is! 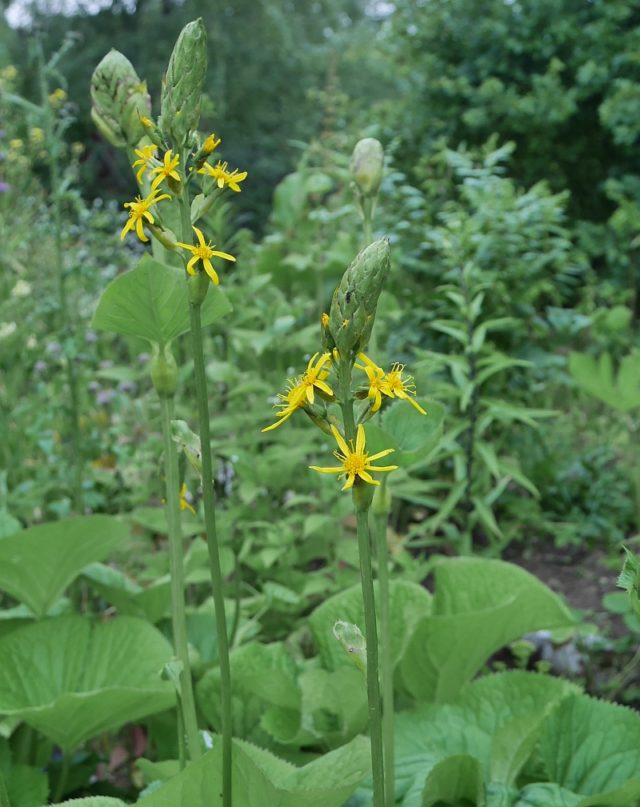 On some Korean web sites, Ligularia fischeri (gomchwi or Fischer’s Ligularia) is proclaimed to be the King of the wild edibles (sannamul)!  Despite its popularity in Korea it is missed in both Cornucopia II and Plants for a Future data bases!  A few other of the 120-140 Ligularia species are stated to be edible although given the lowest edibility rating by PFAF. Some species and cultivars are grown as ornamentals and many years ago I was given one of these, Ligularia sibirica, by a local gardener. I never bothered to try it, partly due to PFAF’s negative assessment (this species is one that has been used in the past). Finding seed in that Korean  catalogue being sold as a vegetable changed all that! I sowed them outside early in 2012 and they germinated by the end of April. Only 2 years old the plants flowered, revealing their edimental qualities to the full!  That same spring I tried them for the first time in tempura after nibbling on them raw. They had a mild aromatic taste and no bitterness! My intern at the time, Yngvil Samuelsberg Thomassen, blogged about the tempura of perennial vegetables and included a picture of the Ligularia, assuring all that we has survived the experience of being possibly the first to eat this species in Europe!  https://saladdy.wordpress.com/2014/04/25/tempura-day/

Ligularia fischeri  is sometimes grown as an ornamental and is currently available in 4 nurseries in the UK. It seems to need a good supply of moisture and may struggle in very dry conditions, never a problem in my garden!  It is recommended to grow it in near boggy conditions in drier areas!  Under ideal conditions, plants can reach 2m when in flower, but my plants have probably not topped 1.5m. The large hairless heart shaped leaves, serrated around the margins, form a full ground cover, suppressing weeds.

Analysis of Ligularia fischeri in Korea shows that it contains an abundance of beta-carotene and vitamin C and has antioxidant and anti-cancer effects. I haven’t been able to find information of potentially dangerous alkaloids being present, but care should be taken using other Ligularia species.

One common way in which Ligularia fischeri is used is in the unique Korean wrap-ups or just wraps (ssam). Unlike wraps in some other cultures, the Koreans eat the wrap as well.  Both kale, lettuce, pak choy, perilla as well as some other wild vegetables like amaranth, Aster scaber and Allium victorialis (the broad leaved form) are used.  A simple vegetarian wrap would be assembled as follows: put the leaf in one hand, add a spoonful of rice (barley is also sometimes used and would be my preference as we can’t grow rice in the north), adding a hot sauce (e.g, gochujang – Korean hot pepper and soybean paste; see https://en.wikipedia.org/wiki/Gochujang)

With increased interest in wild edibles, Ligularia and Aster scaber are nowadays cultivated on farms, sometimes in greenhouses as in the following pictures from this Ligularia farm,  with greenhouse cultivation, harvest and also showing suggestions for using this species in the kitchen!
http://www.chungnam.net:8100/media/mediaMain.do?article_no=MD0000767655&med_action=view&mnu_cd=CNNMENU00011 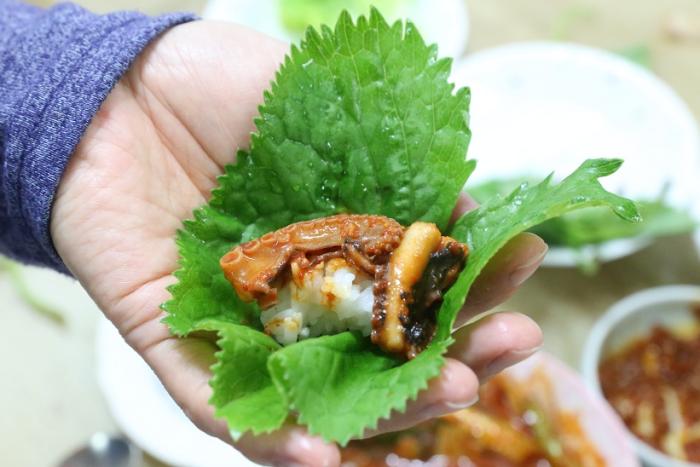 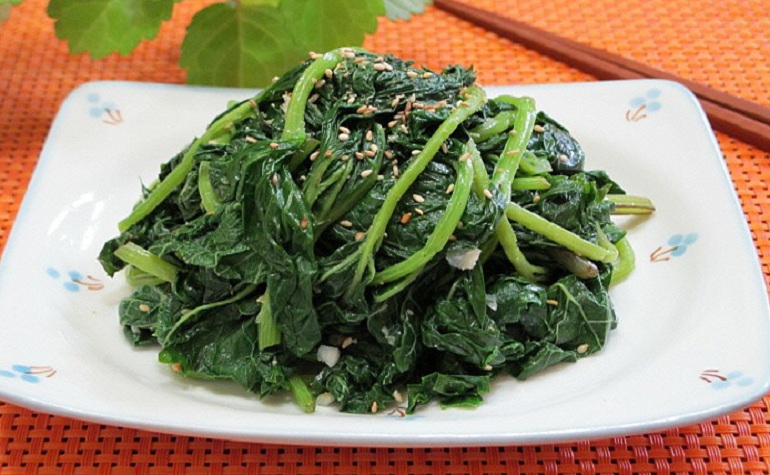 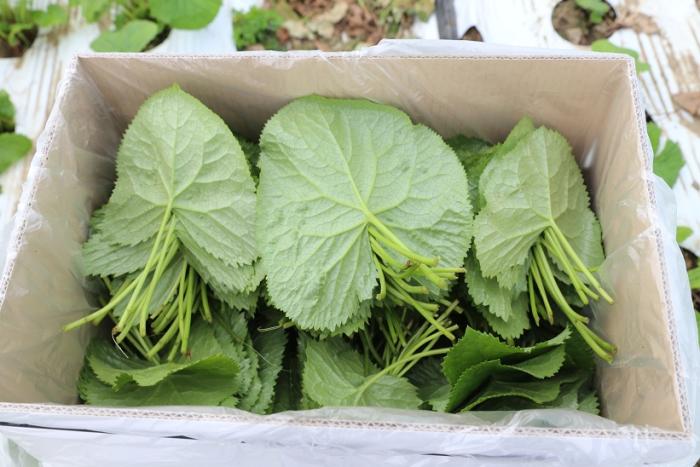 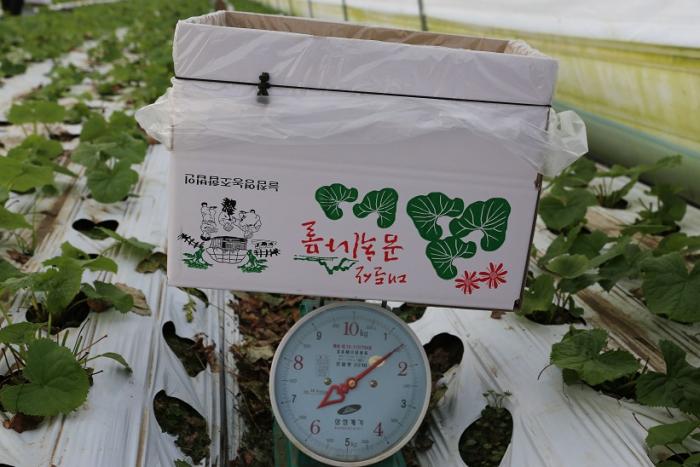 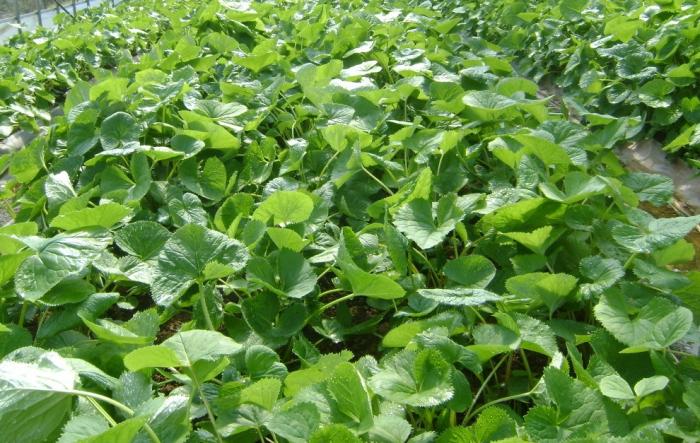 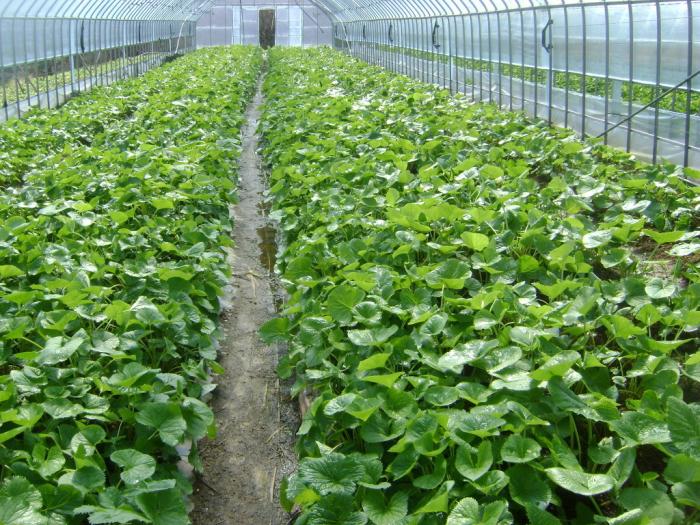 See my pictures with more information in this photo album showing mainly pictures of the progress of this plant in my garden from seed in 2012: http://www.edimentals.com/pictures/index.php?/category/96

6 thoughts on “Ligularia fischeri, king of the sannamul”