One of the easiest seed to save is cress /karse (Lepidium sativum). You can grow a lot of seed in a small space, it dries well on the plants and is easy to process, rubbing the seed pods between your fingers in a bowl and then blowing the chaff away outside. I sprout the seed inside during winter and also sow it outside in spring to harvest the young plants for salads and lunch. leaving a few to grow big for seed. 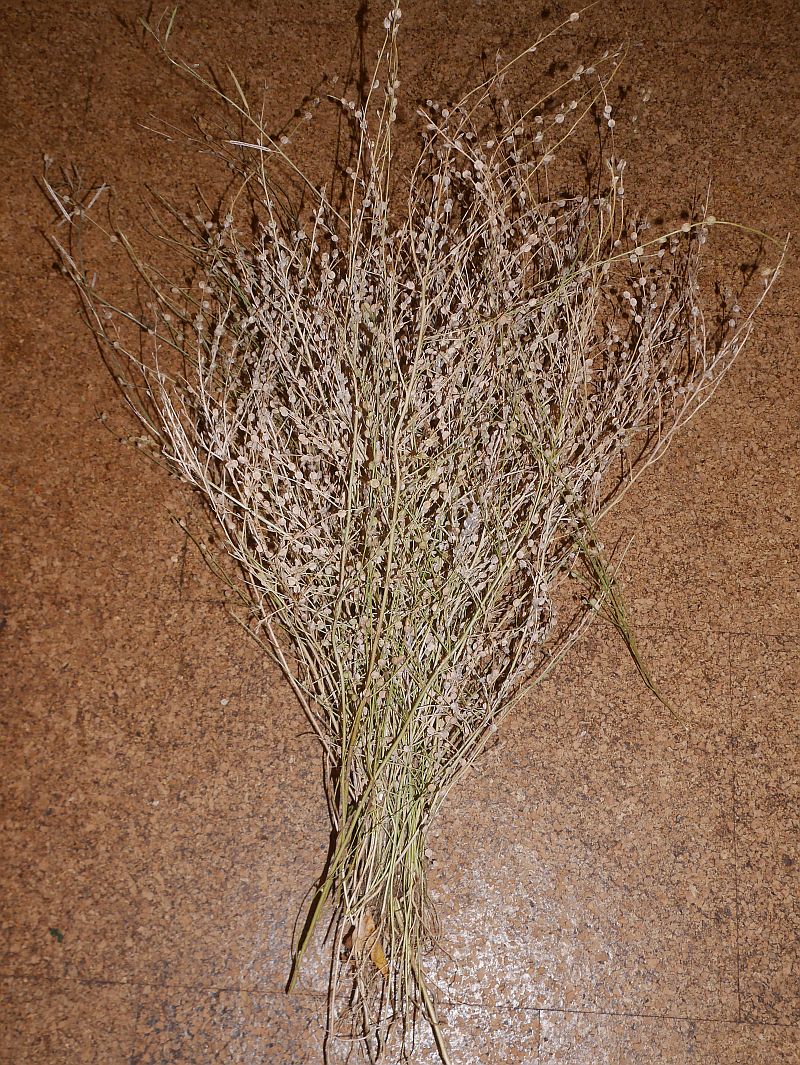 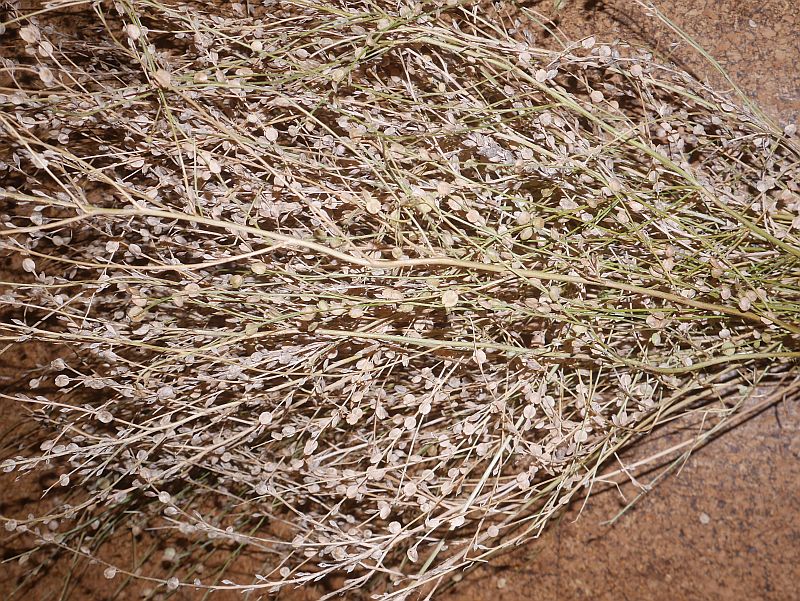 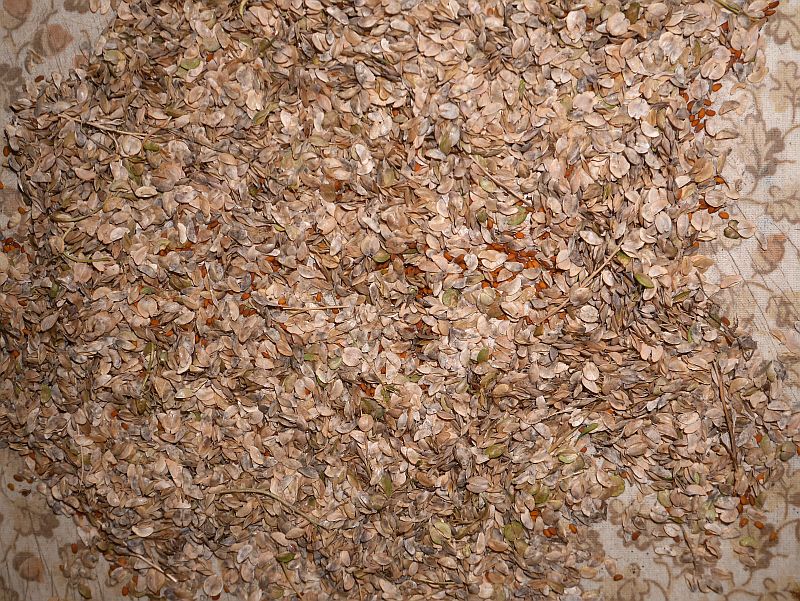 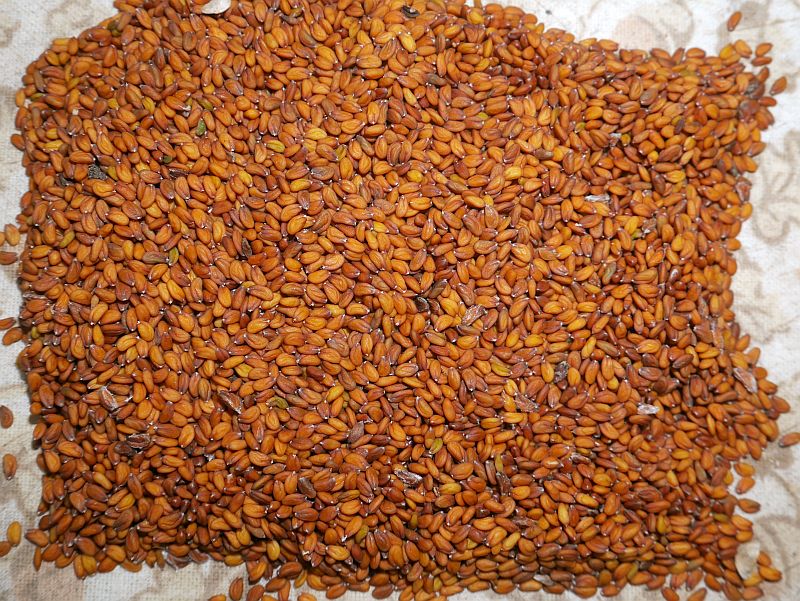 Sweet cicely (spansk kjørvel) is considered to be one of the worst invasive plants here and is now banned for sale and we don’t offer it through the Norwegian Seed Savers catalogue / yearbook.  However, it’s one of the best edible perennials. It’s never spread in my garden as I’ve always eaten it, the best way to stop it spreading. In particular, eating the delicious flowers (in salads) and immature seeds (the best candy for kids) and collecting the mature seeds for winter sprouting, the best sprouts for winter stir-fries (sweet anise taste and a good size).
This year, I sowed the large seeds in a large pot and stratified outside for a couple of months before moving into the cellar where the temperature is warmer than usual this winter and there was mass germination a couple of weeks ago. A few will be used in a chinese style stir-fry tonight!
Eat your invasives! 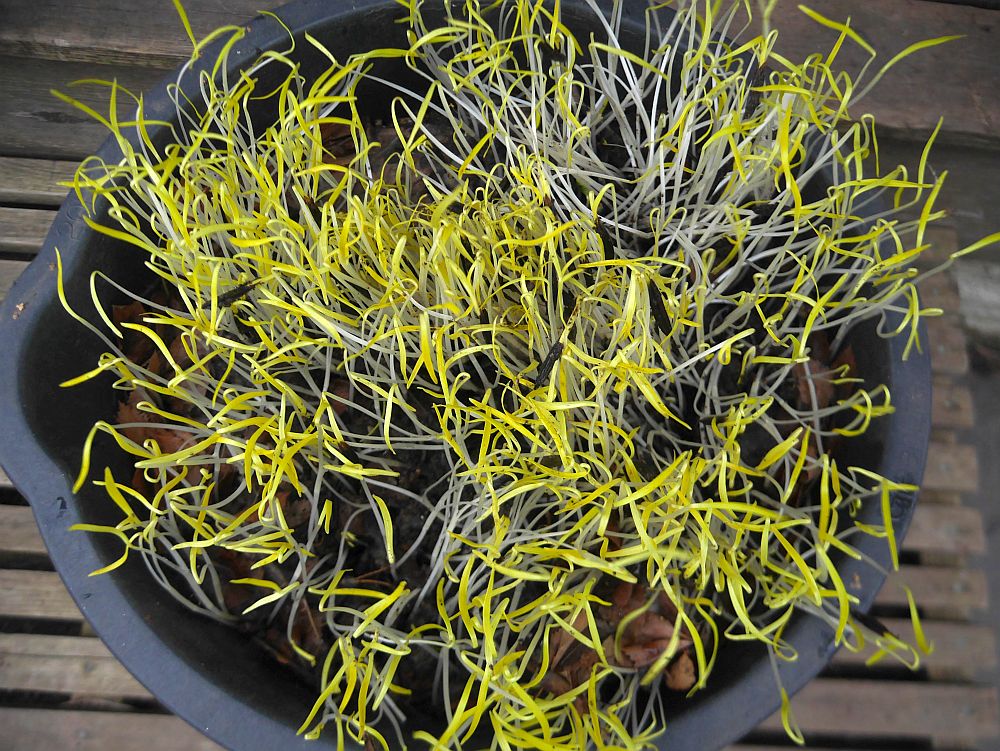 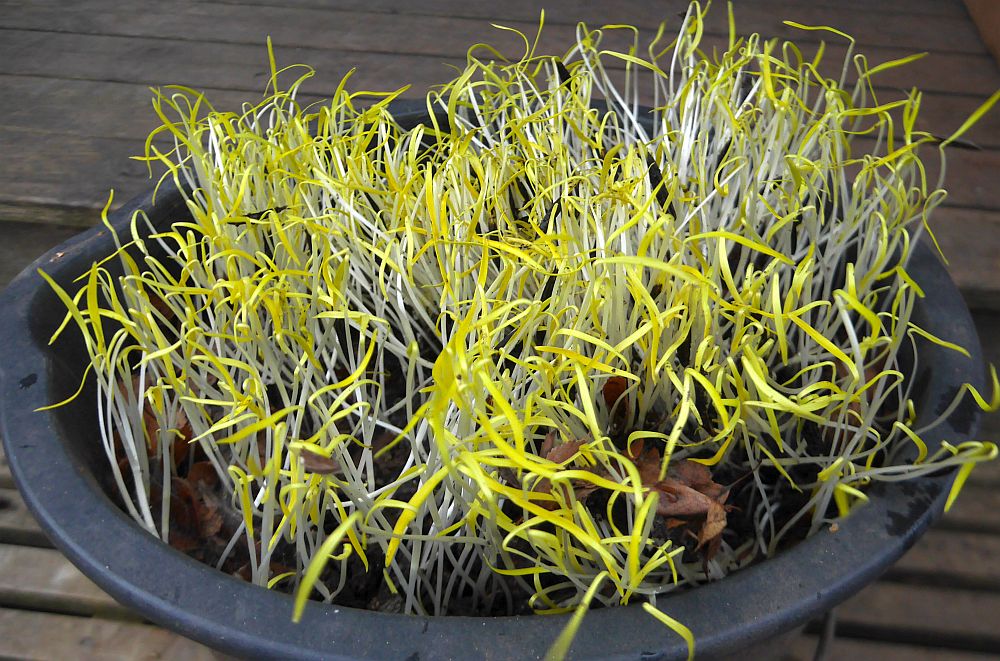 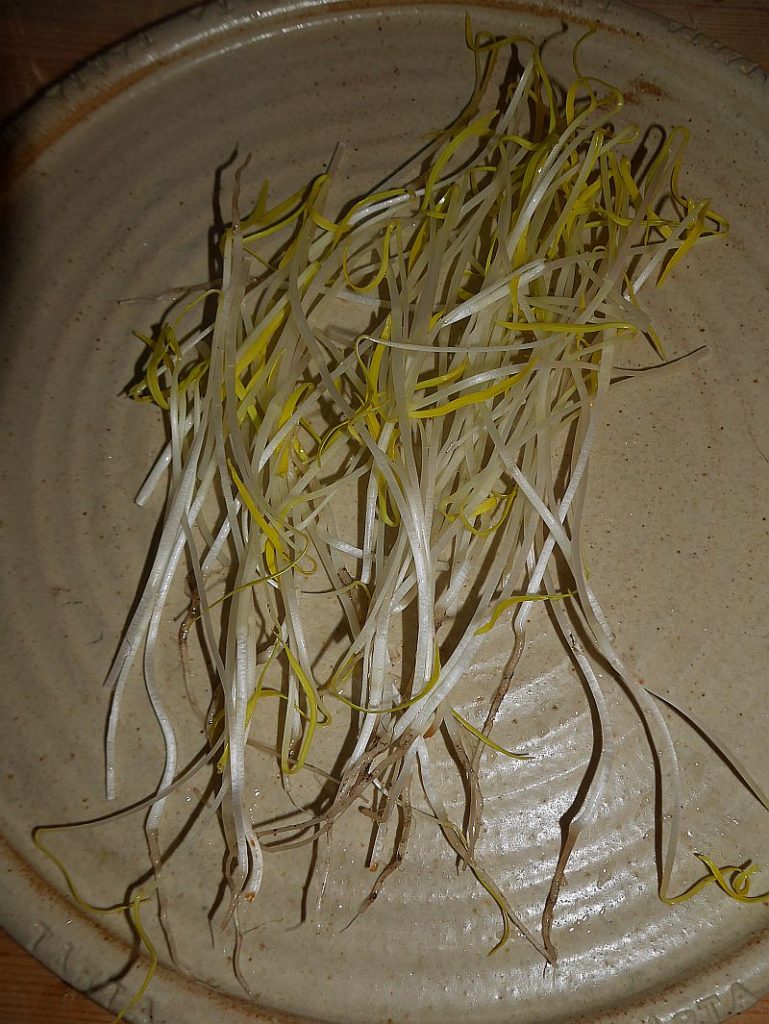 Save your own pea seed and sprout your own in winter indoors, some of these used for a stir-fry dish last night! If sown in soil, they can be cut to come again once or sometimes twice! 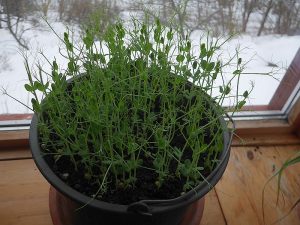 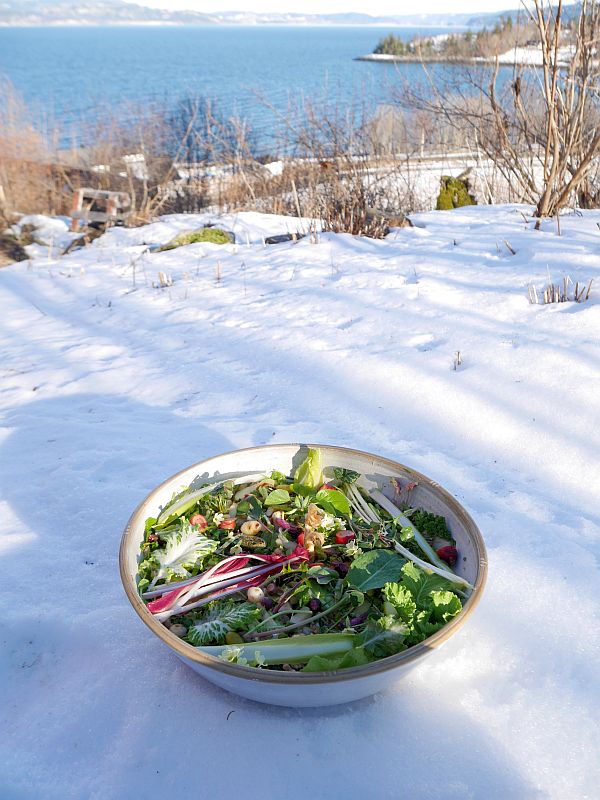 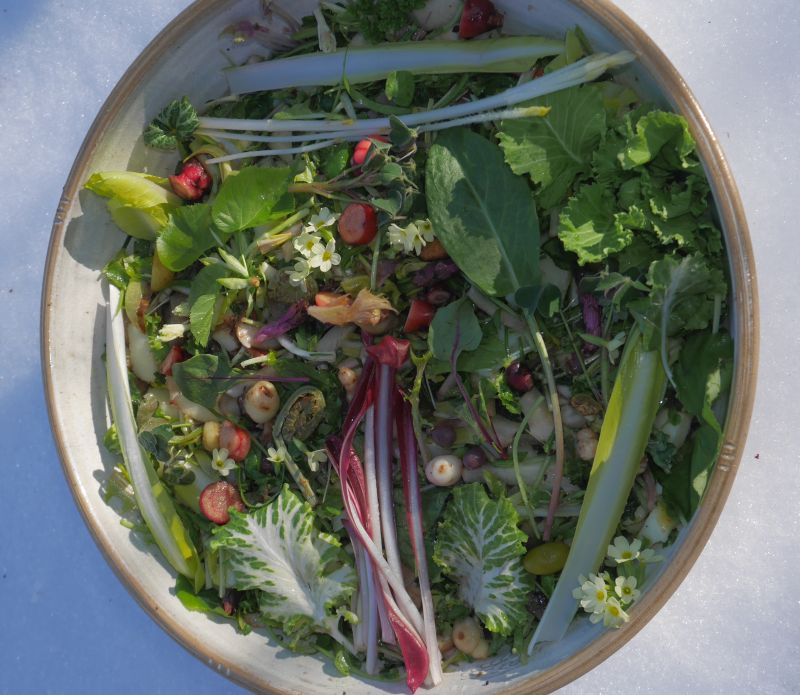 Last night (8th March 2017) was the first of two events I had been asked to take part in celebrating the diversity of vegetables that our area has on offer (or could have on offer) even in winter! The Trondheim Kosmorama international film festival are showing two films related to food. Last night, the film “NOMA: My perfect storm” was shown and around 40 people also bought tickets to a fantastic 10-15 course, 4 hour meal (I lost count) at Trondheim’s NOMA: Credo!
I supplied a number of vegetables for the dinner and these are shown here, several being served for the first time in Norway :)