The last time I blogged about this Physalis it was 7 years old. It is now 13 and still going strong. The last time I wrote about it, I wrote the following: “This Physalis which I’ve called “Indian Strain” is now going into its 7th year. I got  this from Seed Savers Exchange in the US. However, that one is supposed to be a tomatillo and I wonder if I mixed it up with another I got at about the same time, P. heterophylla, clammy ground cherry, although the stems are not clammy (sticky) to the feel. That would explain it’s hardiness as it is found in the wild north to Canada (see http://plants.usda.gov/core/profile?symbol=PHHEH3).  I definitely planted heterophylla in the garden and it’s survived since 2009 without winter protection, but the summer is just too cold for fruit (it does flower).
It lives in a cold bedroom all year and produces a few fruit most of the year, even continuing to ripen fruit despite the temperature being often under 10C.  The fruit are sweet and have good flavour. It’s not hugely productive but little bother (aphids don’t bother it). I cut it back when it gets too straggly”.
I repotted one of them today and cut all 3 plants back to 1/3 height (it reaches the ceiling).
The conclusion is that it is a cape gooseberry / goldenberry (Physalis peruviana). 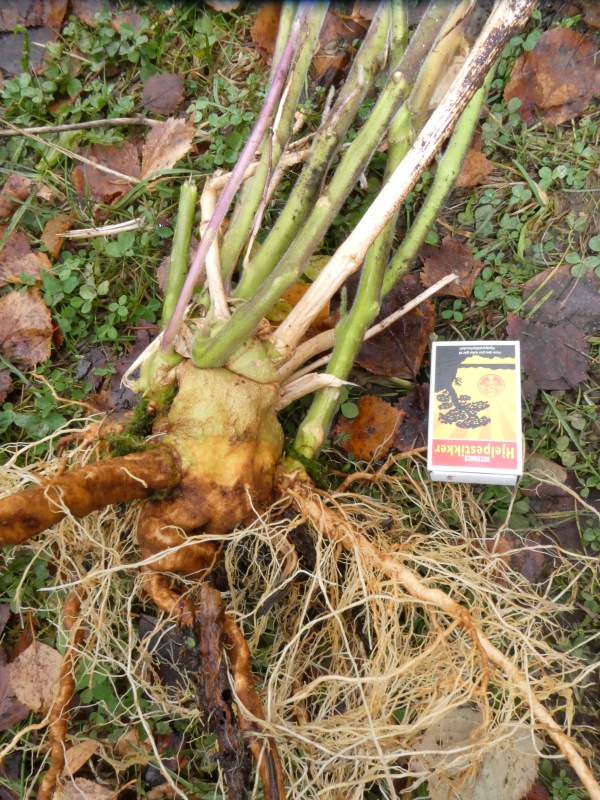 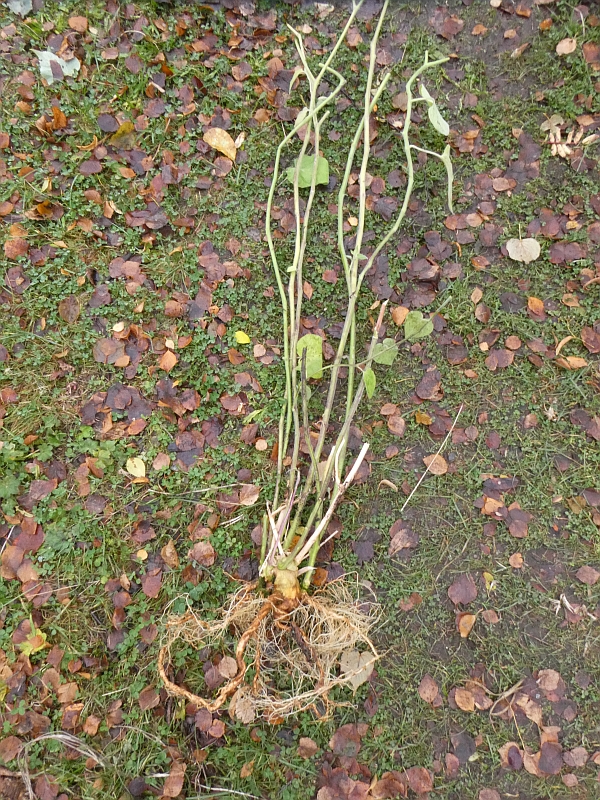 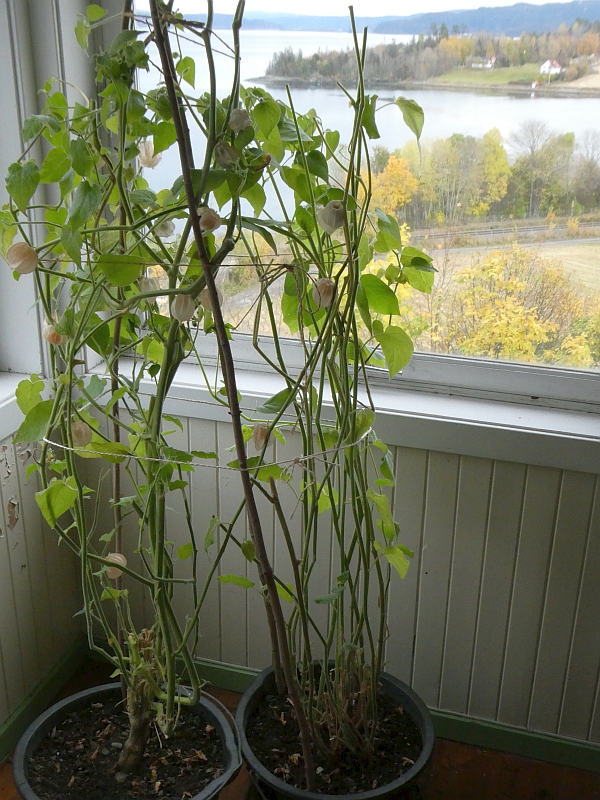 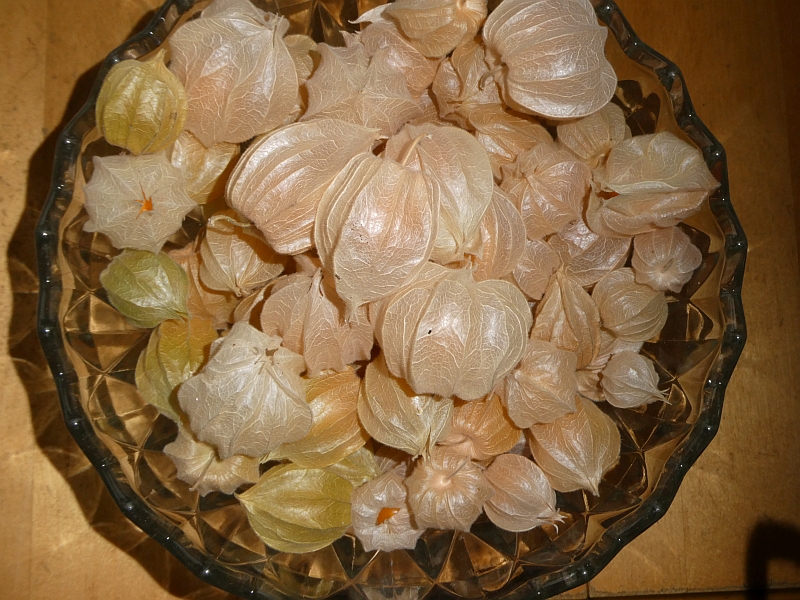 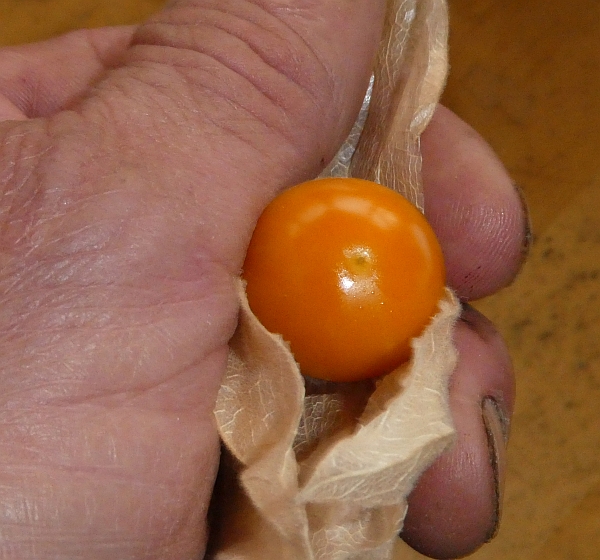 Nanking cherry (Prunus tomentosa) is a species native to northern and western China, Tibet,  Korea and Mongolia. My two plants are seed propagated about 20 years ago, but are planted a bit far apart for good yields, but I’ve just harvested a small crop, having forgot about them (in a part of the garden I don’t often go) but then I heard the fieldfares (gråtrost) feasting on them this morning. The berries are quite sweet to my taste, not sour as is often reported, but the seeds are relatively large. The biggest advantage with them is that they are supposedly hardy down to below -40C, so something for Northern Norway and the mountain areas. They are also earlier than sweet cherries (Prunus avium) and therefore it’s worth having a couple of bushes to extend the fresh fruit season (ripe just after strawberries and honeyberries / haskaps which are earliest here). There are cultivars; from wikipedia: “…examples include ‘Graebneriana’ (Germany), ‘Insularis’ (Japan and Korea), ‘Leucocarpa’ (Manchuria; white fruit), and ‘Spaethiana’ (Europe).”
They are also fantastic when blossoming (and full of fruit), so a valuable edimental in any case!
And, yes I do save the seeds for sharing with Norwegian Seed Savers (kvann.no). 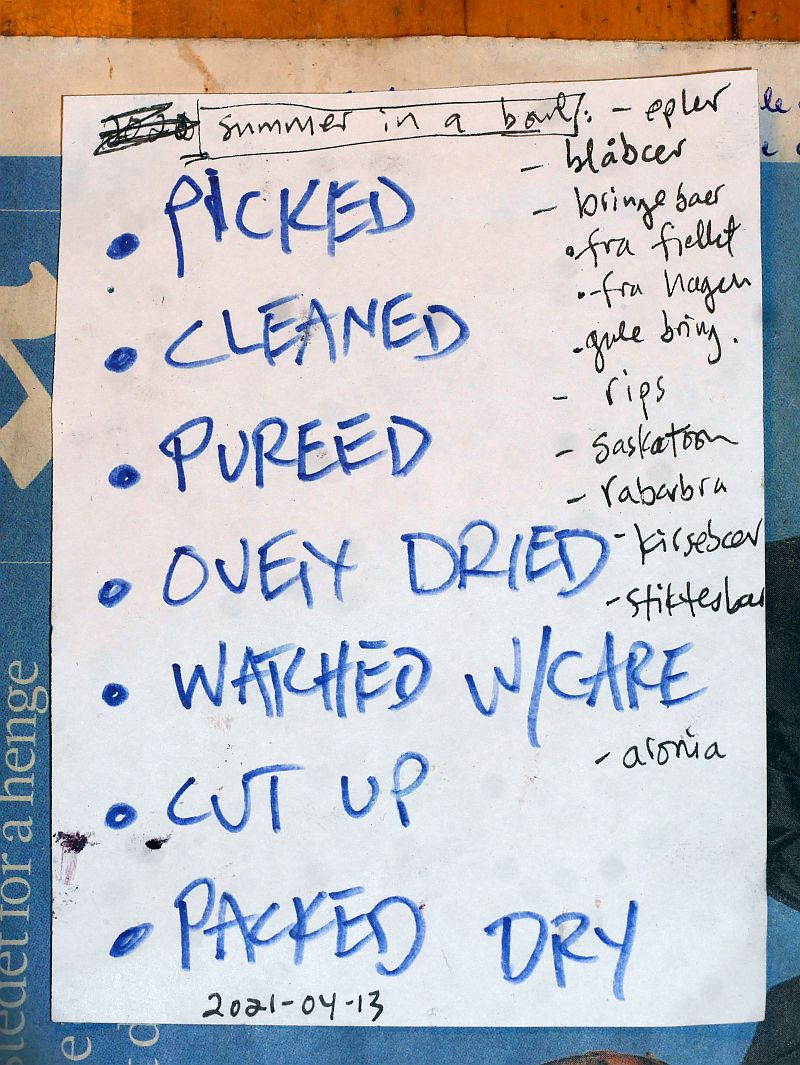 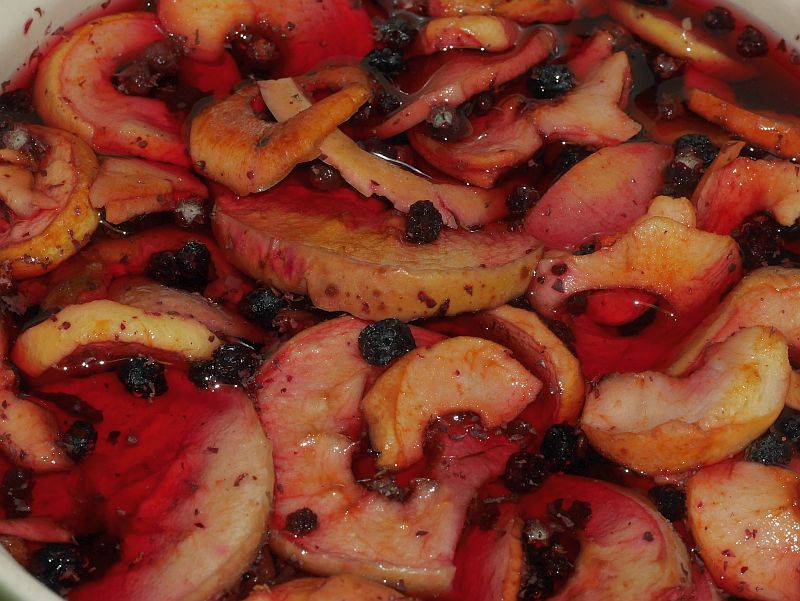 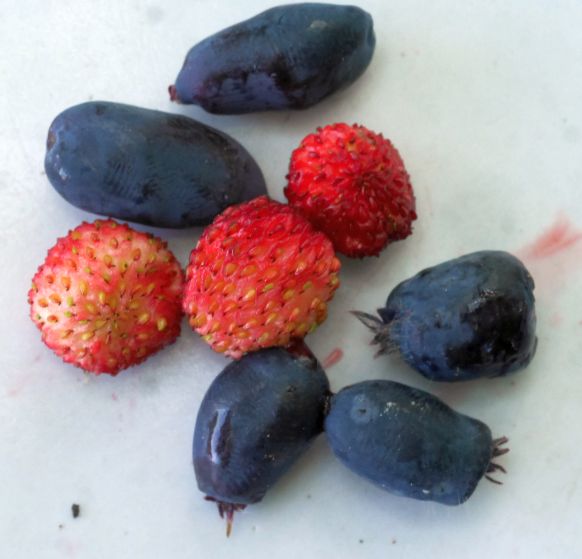 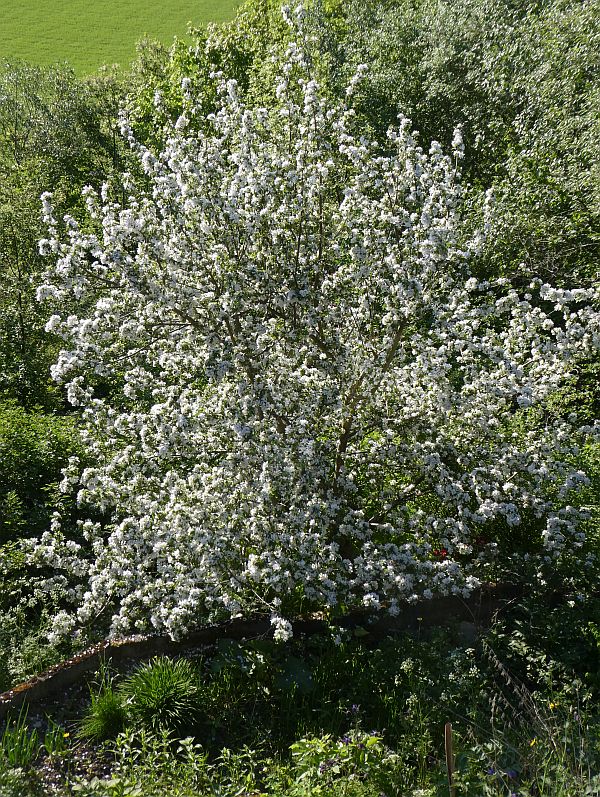 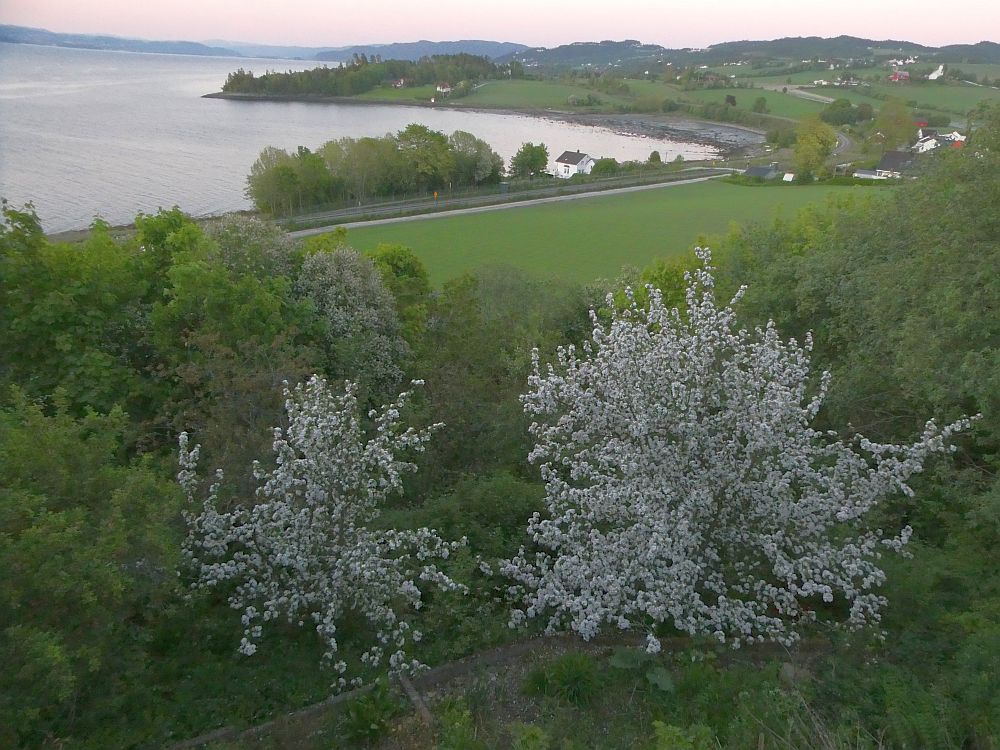 15 years old, my quince / kvede (Cydonia oblonga) is in full flower, a year after the first two flowers appeared (no fruit). I think I got this as a small plant but am not sure as the year before I have a note that I germinated seed but the resultant single plant died in its first winter. 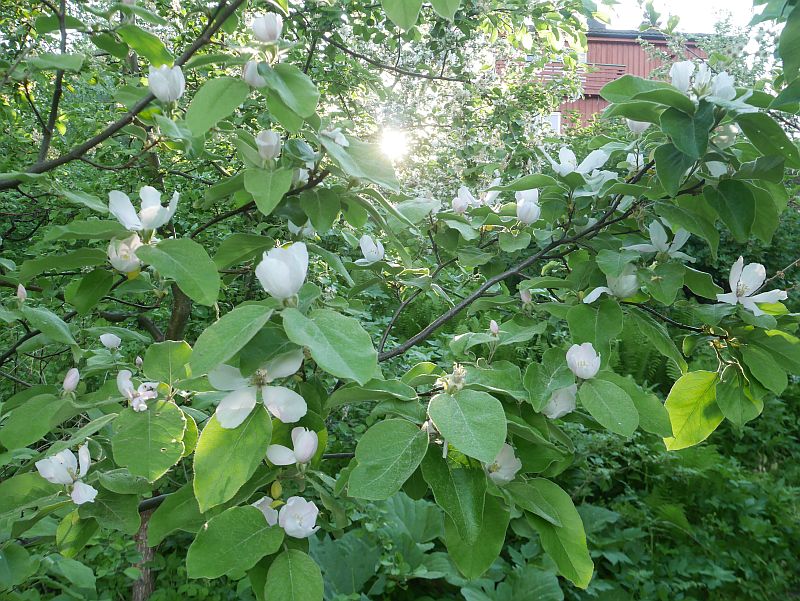 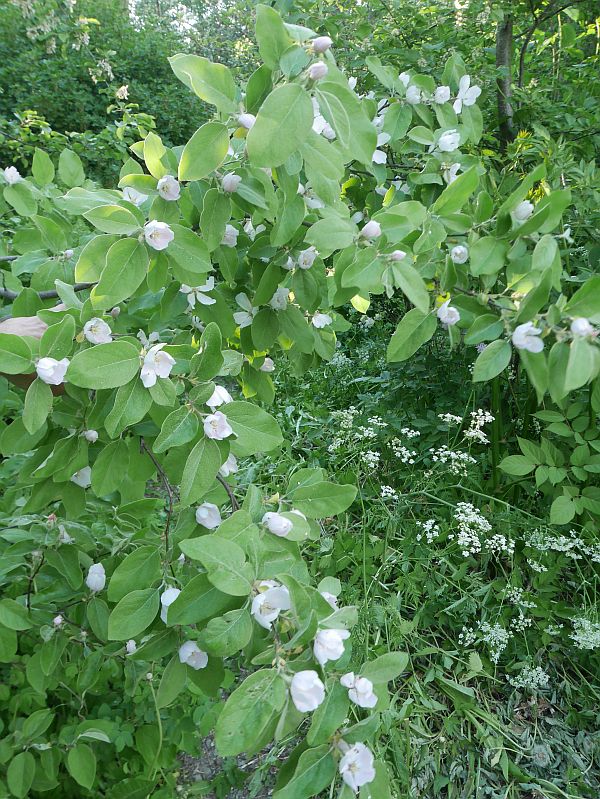 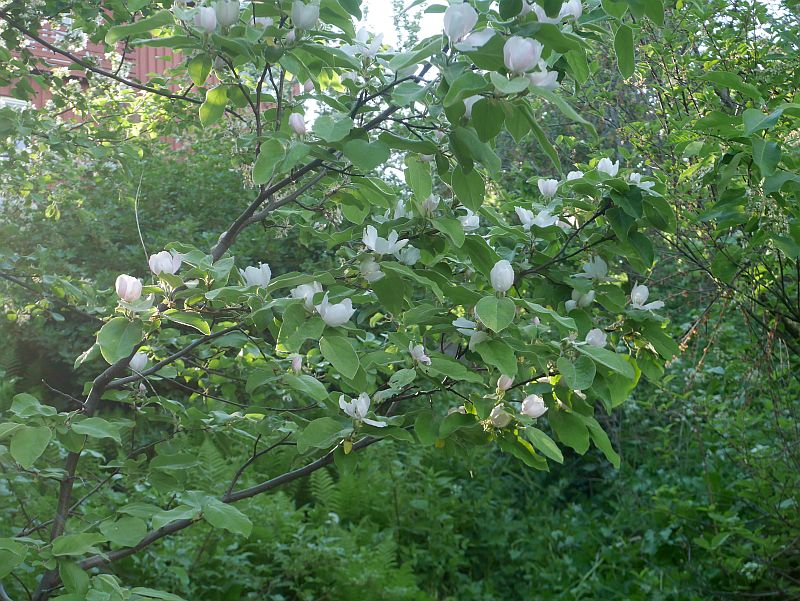 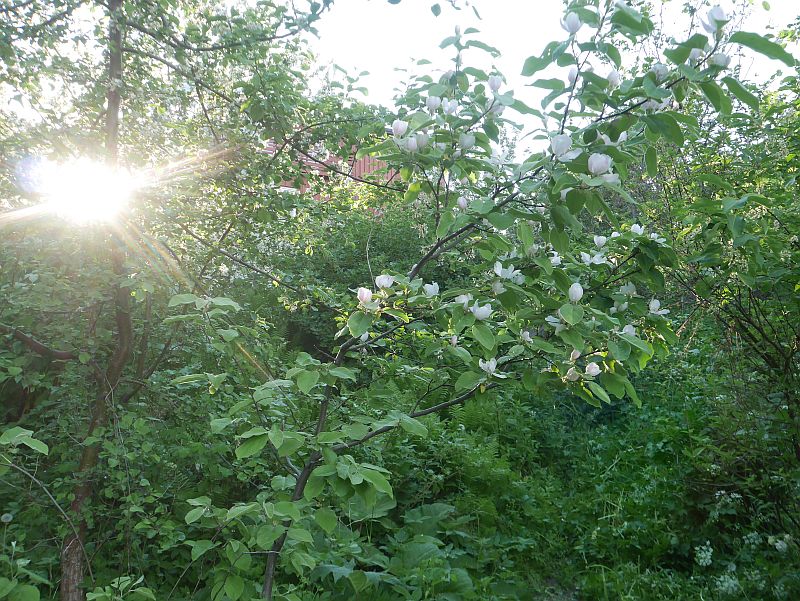 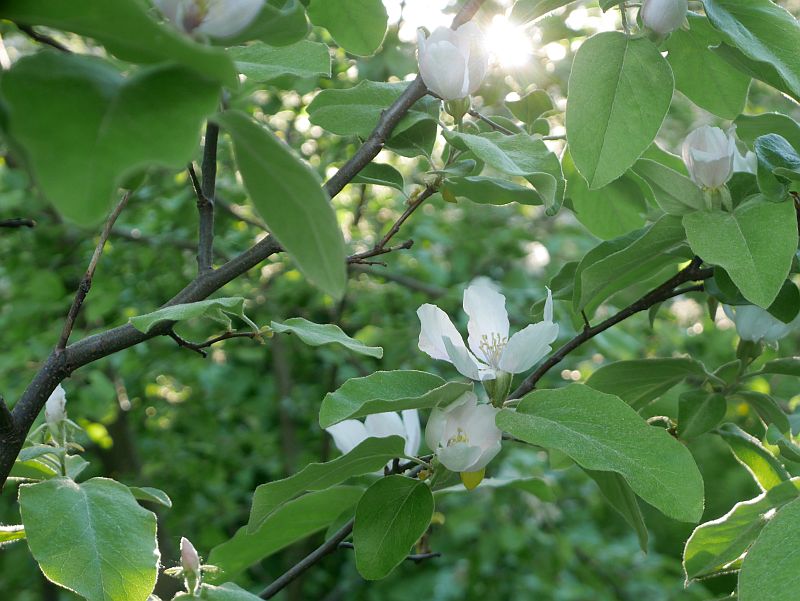 Due to the really cold May this year, the apple trees (Aroma) tried and tried to flower but seemed to give up. I was surprised nevertheless that some fruit did result and in compensation for the low number of apples, the individual apples were bigger so that the total yield was much better than feared! There were no plums and only a few cherries. 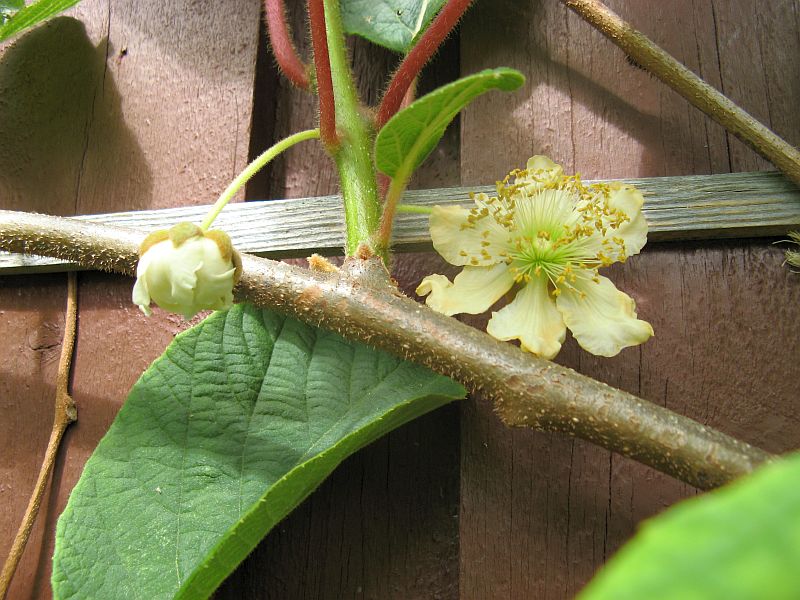 I only eat fruit that I grow or pick in the woods myself. For 5 months from November I only eat fresh stored apples from the cellar and they lasted right to the end of April this year. I don’t miss oranges, bananas or any of that commercial long distance fruit that I haven’t eaten regularly for over 25 years or more. Now until fresh fruit is once again available in July, I move suddenly from 1 species a day to over 20 a day, now using rehydrated dried fruit (including apples!), a mix of sweet, sour and bitter / strong tasting fruits (the same idea as the mixed salad!)
Includes: Apples (epler), sour cherries (surkirsebær), gooseberries (stikkelsbær), redcurrants (rips), blackcurrant (solbær), saskatoons (junisøtbær), Aronia, Berberis, Viburnum trilobum and Vibrnum opulus, bilberries (blåbær), bog bilberry (blokkebær), cloudberry (molte), plums (plommer), raspberries (bringebær), black raspberries (svartbringebær), Cornus mas, haskaps, Ribes odoratum, wild strawberries and a couple of wild Ribes spp. grwoing in the garden.
Join the SLOW FRUIT movement! 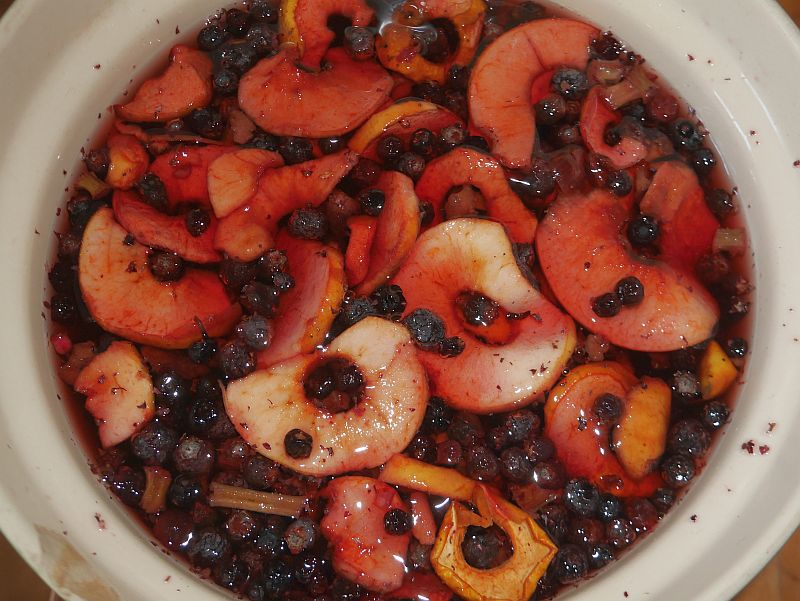 A male blackcap (munk) in the garden feeding nervously on an apple that a fieldfare (gråtrost) has been guarding attacking any bird that gets near. 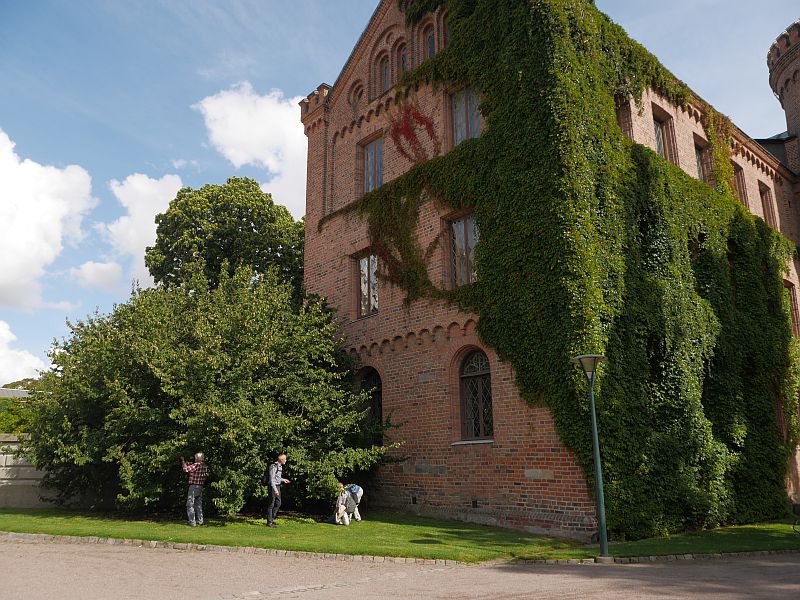