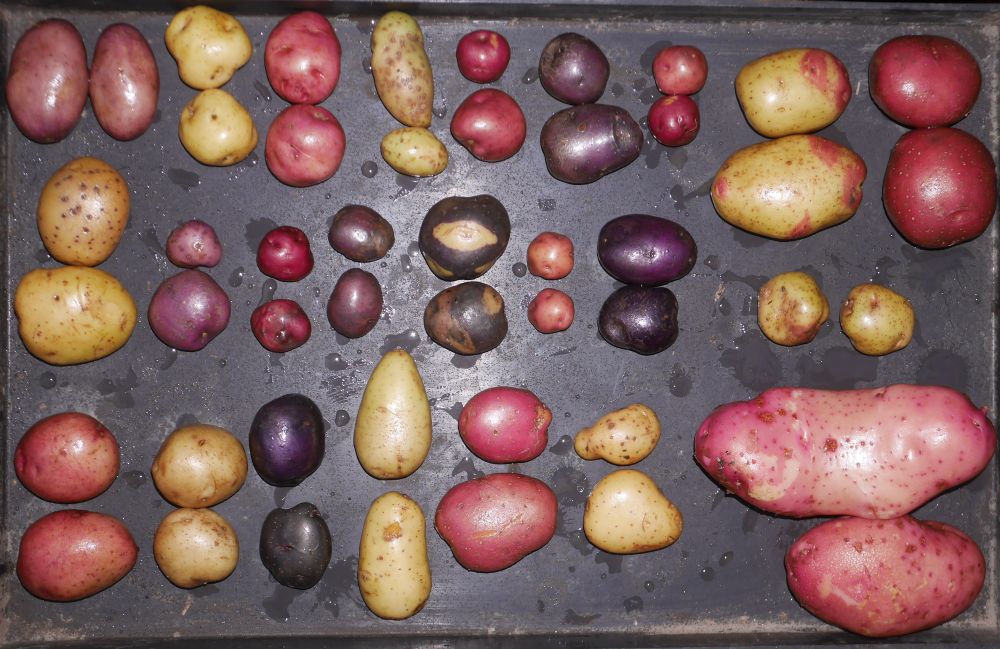 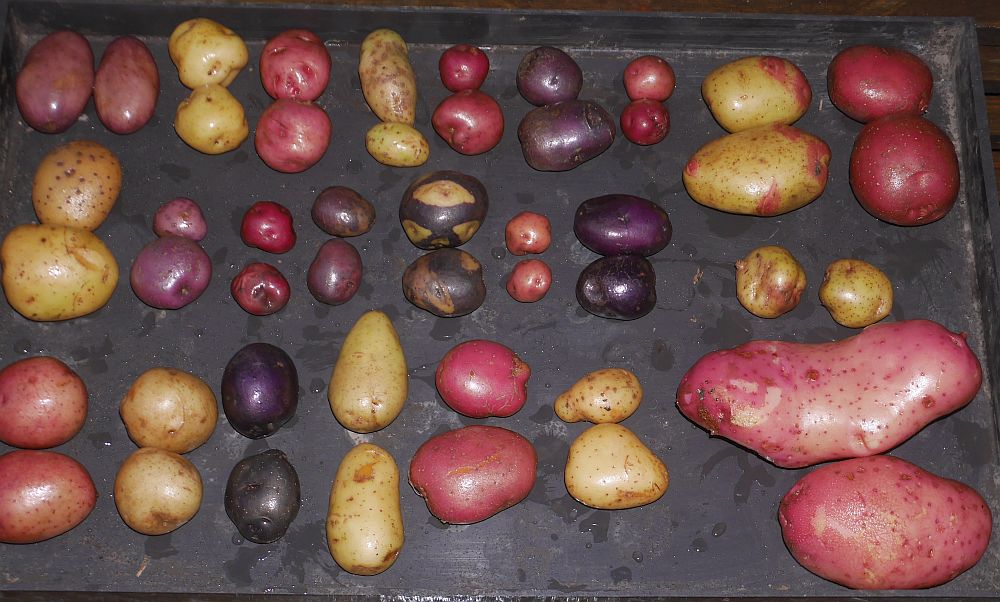 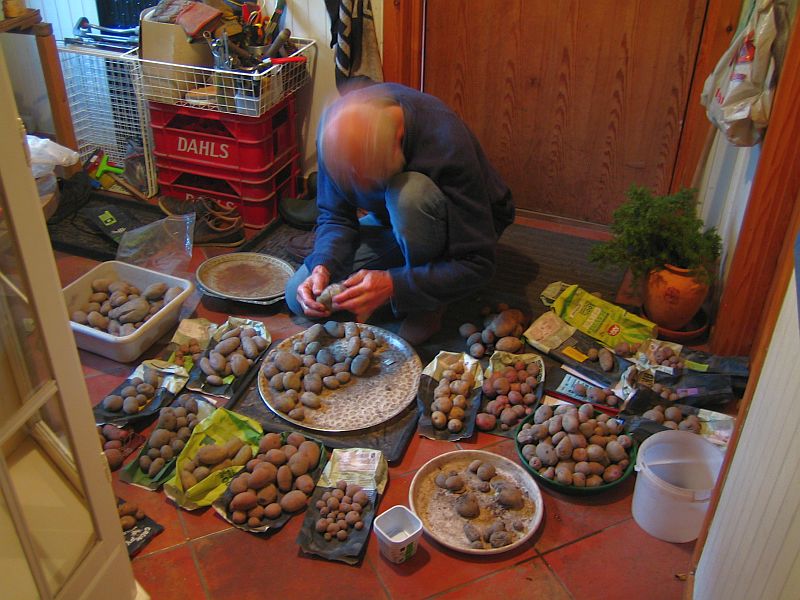 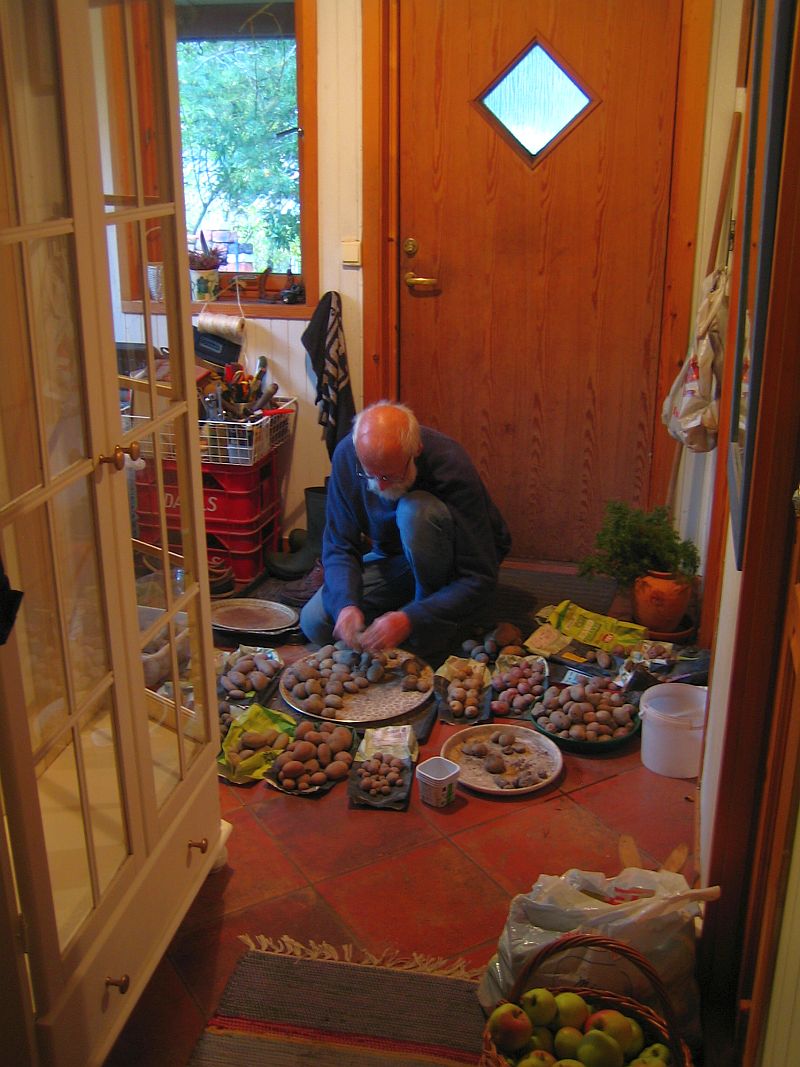 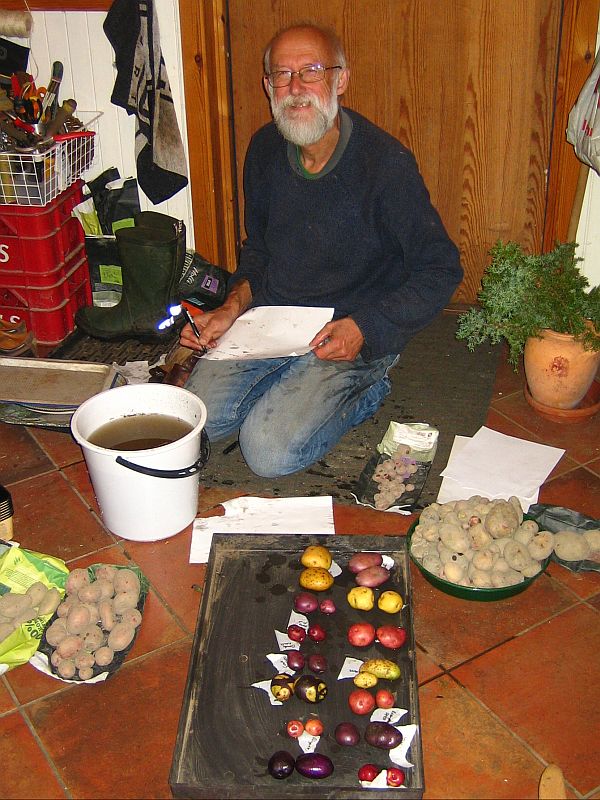 I’ve been growing the blight resistent potato Sarpo Tominia every year since 2004 and it’s still going strong, showing no sign of lack of vigour, continuing in full growth right up to the first heavy frosts with fantastic yields. In the UK, this variety was deemed too similar to Sarpo Mira to be continued. However, my observations are that Tominia yields a bit better than Mira here, probably because it is a bit earlier. This makes little difference in the UK, but could be significant here in Norway where growth is stopped by early frosts.
Norwegian Seed Savers (KVANN) administer a national program offering 10 virus cleaned varieties from our national list of some 80 traditonal varieties each year. Members are not allowed to pass these varieties on to others, but can save their own seed potatoes. This is to reduce the spreading of virus and other diseases. We will reoffer most varieties of interest after some years.  For the same reason we have also included other popular non-commercial varities in the program and Sarpo Mira has been included for some years now. Members are sent 3 mini-tubers of each variety and these are then used to produce seed potatoes for the following year.
We will now be including Sarpo Tominia in the programme and hope to be able to carry out comparative trials between these two varieties in a couple of years. Here is my harvest yesterday. These were grown in a very shady part of the garden with maximum 1 hour direct sunlight in summer and none when the tubers are forming! 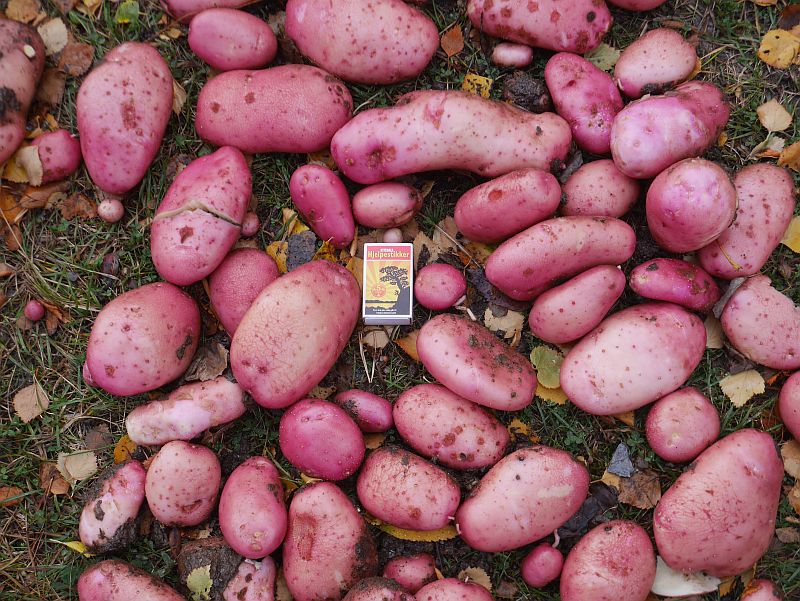 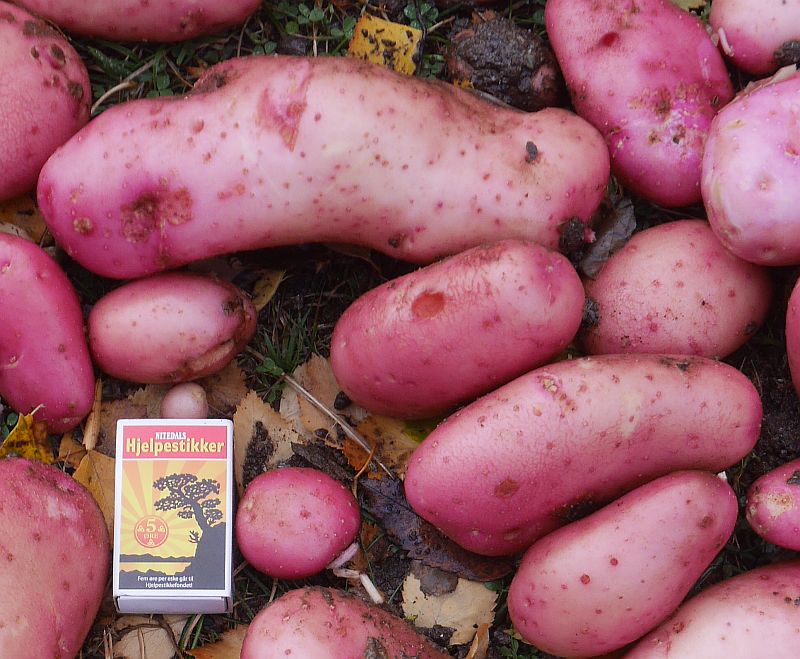 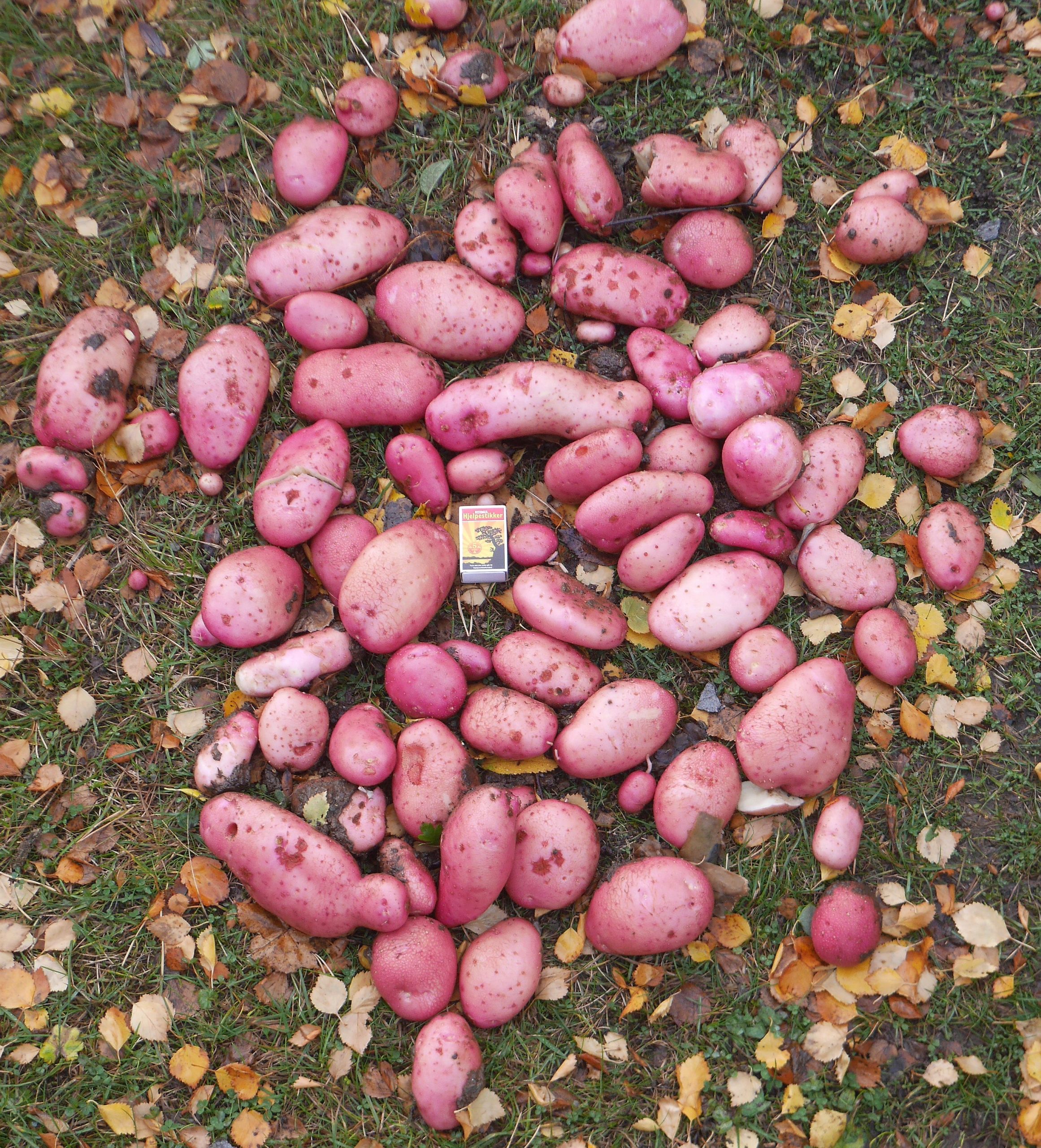 This is the second year we’ve grown the ten  (new) virus-cleaned mini-seed potato varieties made available every year through the national Norwegian program, managed by Norwegian Seed Savers (KVANN), to conserve our potato heritage.  These have been grown in KVANNs vegetable sanctuary at Væres Venner Community garden.  These will be used as seed potatoes for next year!  In order to try to restrict the spread of disease, those receiving the mini-tubers are not allowed to pass them on or swap them!
In the picture below, the following varieties are seen:
Top row:  Truls, Shetland Black, Tysk Blå, Hroars Drege, Gjernes Potet
Bottom row: Røde fra Skjåk, Beate, Ivar, Kerrs Pink Blå, Brage 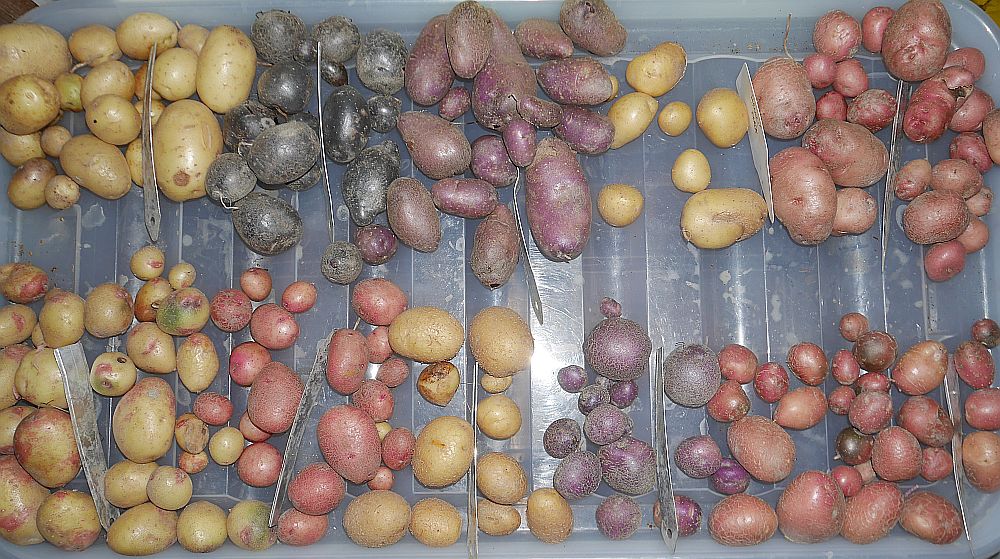 Last year’s potatoes are seen in the following link:

Today I harvested the year’s first broad beans at the Væres Venner Community Garden where KVANN (Norwegian Seed Savers) are developing a garden: 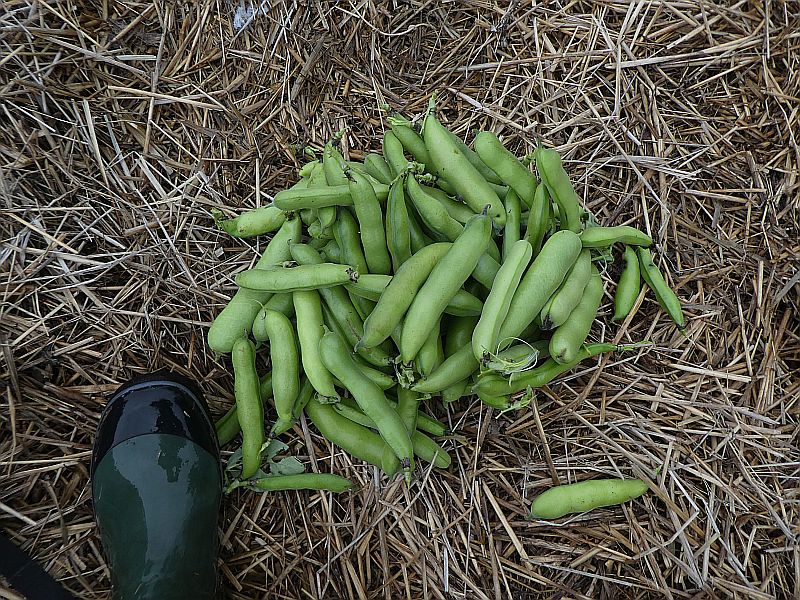 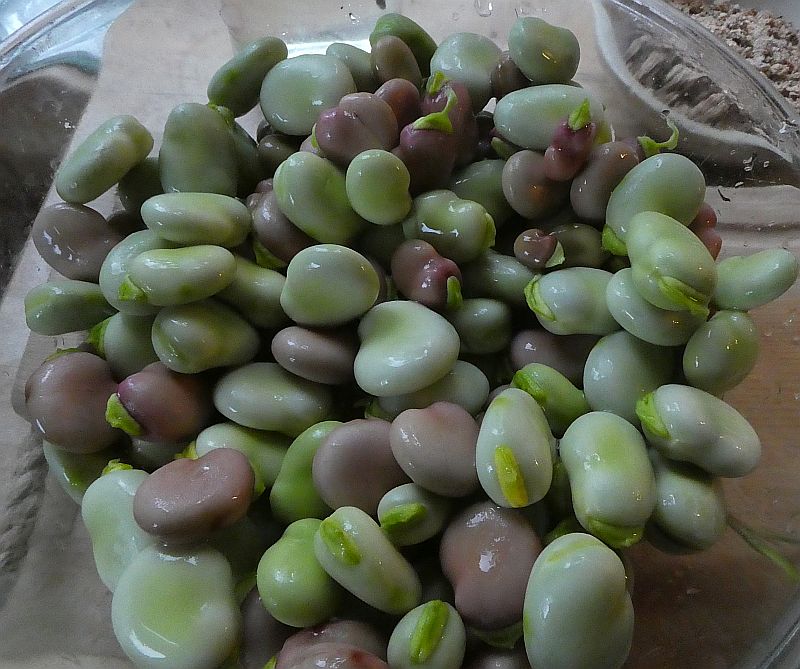 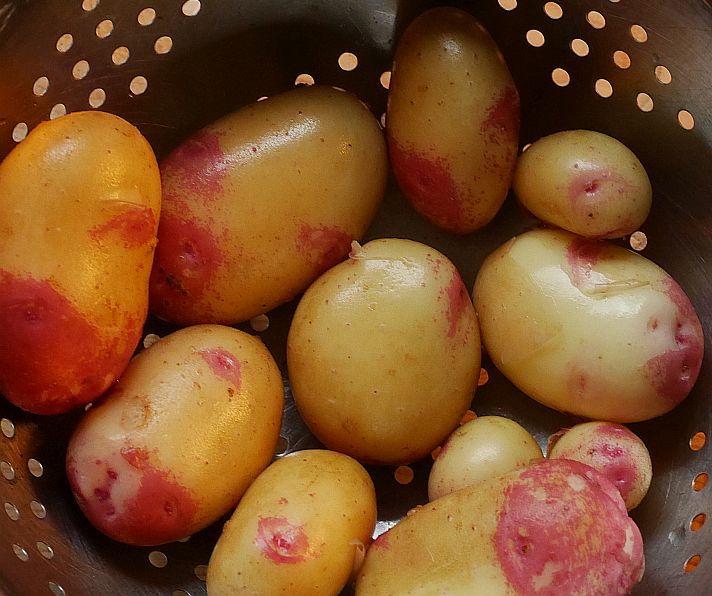 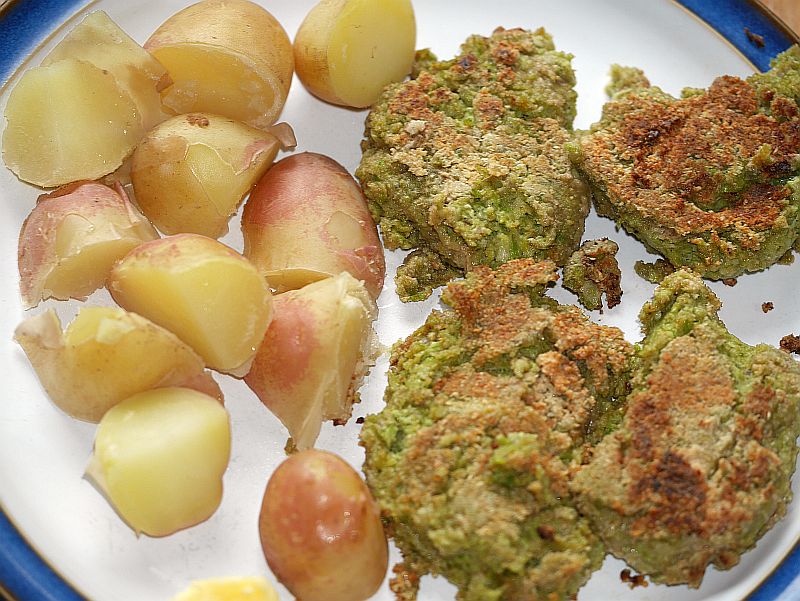 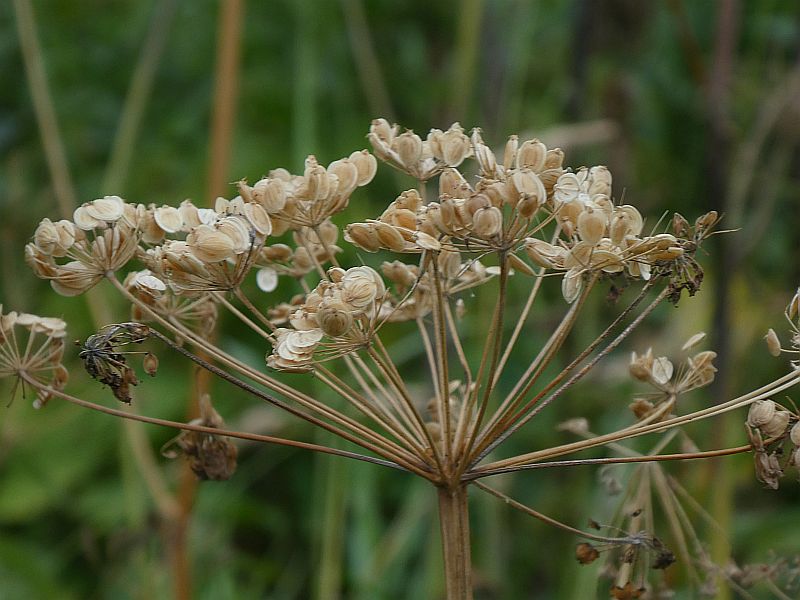 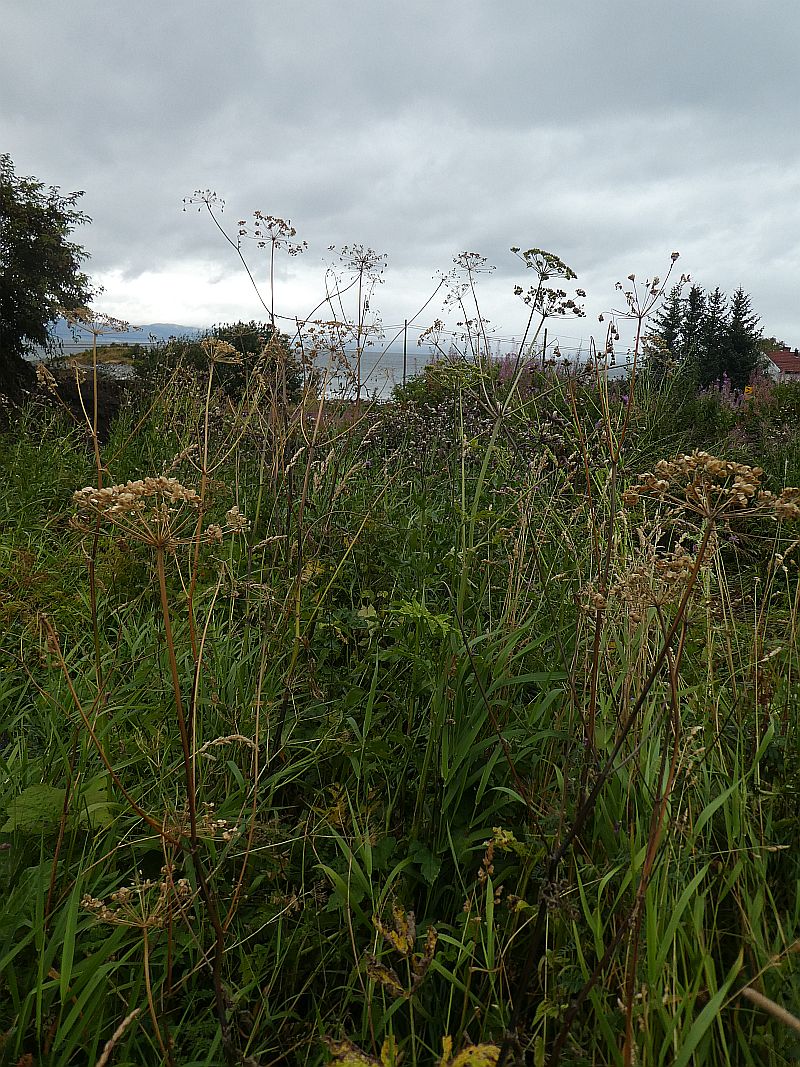 The first small potato harvest in KVANN’s (Norwegian Seed Savers) vegetable sanctuary at Væres Venner Community garden.
I planted 10 varieties of potatoes in the spring…these were virus-free mini-seed potatoes offered to members. They were planted close at about 15 cm apart to produce full size seed potatoes for the 2019 season!
The varieties were a mixture of old Norwegian heirlooms and modern day varieties. The following Norwegian page gives the background for all the varieties seen here: http://www.norwegianseedsavers.no/potet-bestilling/ 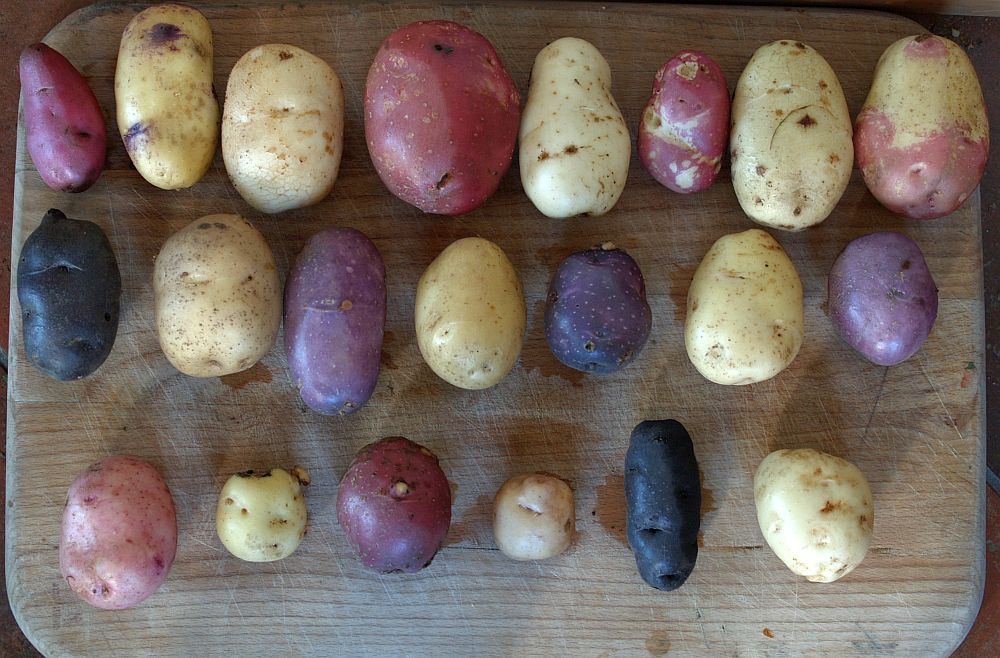 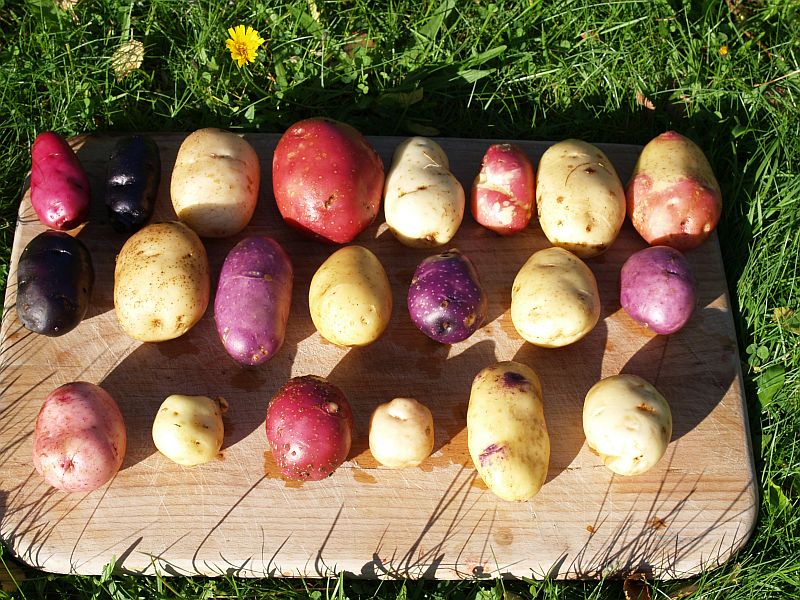 Sarpo Tominia is as usual the last potato to be lifted here! 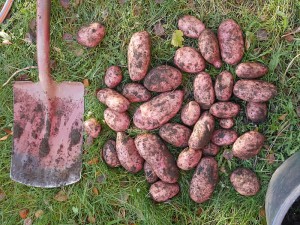 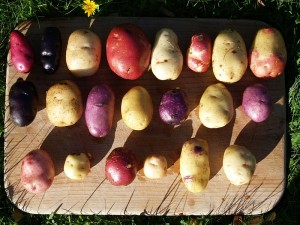