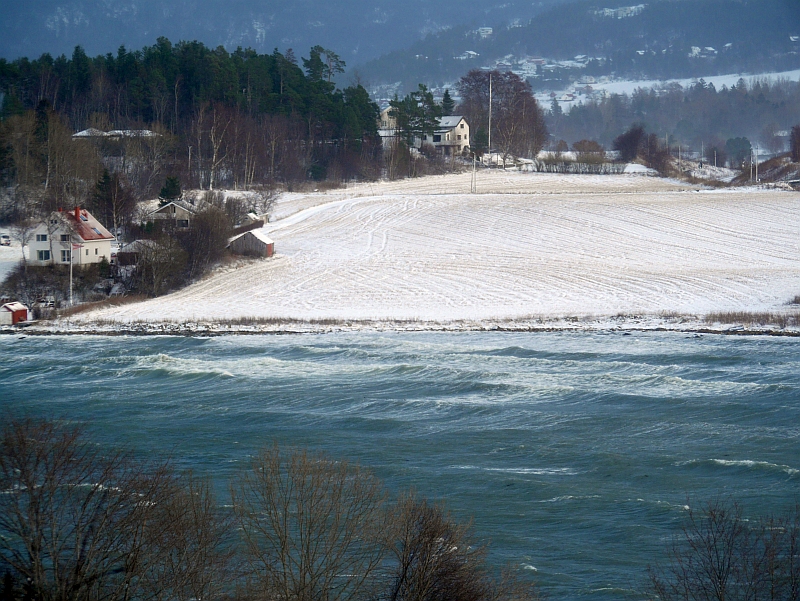 A new bird species for the garden this morning,  a stock dove (skogdue) in the company of a woodpigeon? Stock doves are very rare breeders in my area, but seem to becoming more common. In fact, apart from one observation in 1928 and, remarkably, one bird on exactly the same day on the other side of Trondheim, I recorded the first stock dove in my county (Trøndelag) on 13th May 1982 at Malvikodden on the other side of the bay from where I live and the first spring after I moved to Norway. I would probably have missed it as I only heard the song, which I was familiar with from living in Scotland. Although breeding was never proven, singing birds were observed on Malvikodden until the last observation in 1987. It was then almost 20 years before the next breeding observation in Trøndelag (see the histogram).
An article was written about this by a neighbour, Stein Are Sæther;
Sæther 1987: Skogdua i Trøndelag. Trøndersk Natur 14: 86-94.

We put the clocks forward last night. It’s now Summer Time! However, nature is thinking otherwise and from flowering crocus, snowdrops and wild Hepatica nobilis (blåveis) everything is white this morning!

Late May: Early morning cooing from the resident woodpigeons (ringdue)…
I don’t hear this call very often (is it associated with courtship?)
Fieldfares (gråtrost) only take fruit, whereas blackbirds and robins seem to largely ignore apples and eat other crumbs. They defend their apples against other fieldfares. I have currently one bird on each side of the garden.
Spring can’t be stopped and this woodpigeon (ringdue) could be heard singing from the house today and I was woken at 6am (was 5am) by a robin (rødstrupe) singing in the garden (no complaints, always a beautiful moment to hear a returning Robin) ;) A black-headed gull (hettemåke) was also my first of the year and 4 pairs of Oystercatcher (tjeld) were feeding in the bay!!
I also heard singing siskin, great tit, blue tit, greenfinch and coal tit today!
Reports are also coming in of starlings (stær) arriving! 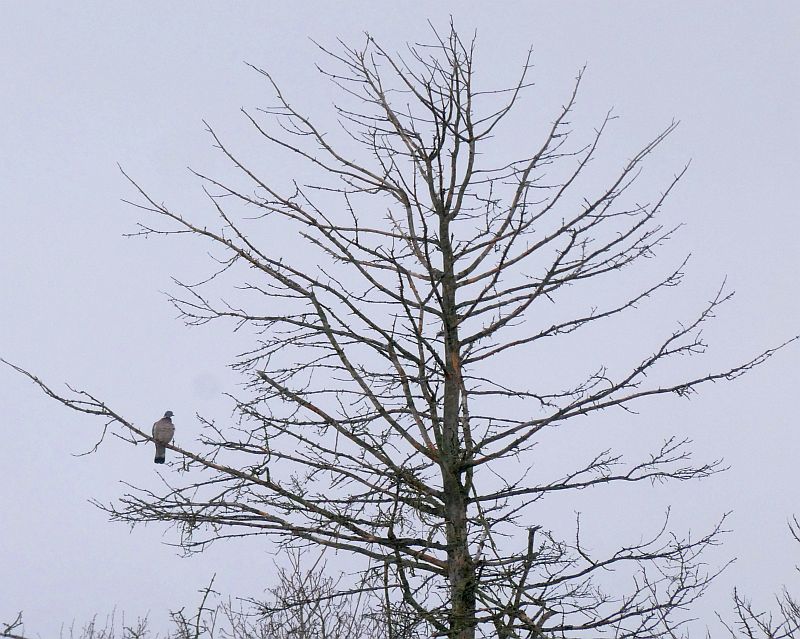 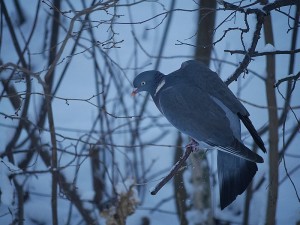 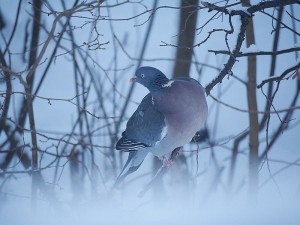 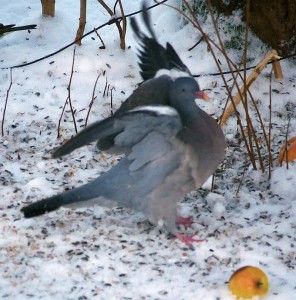 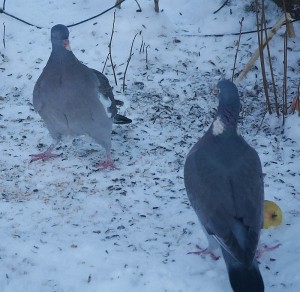 As I was working from home yesterday and not doing my normal bike ride, I decided to do a longer ride over the hills to the post office to pick up the Japanese seeds (different post)…I arrived home 3 hours later with a haul of, mostly, winter chantarelles / traktkantarell….I just couldn’t not pick them when I saw them :( Guess what I’ll be doing tonight :) 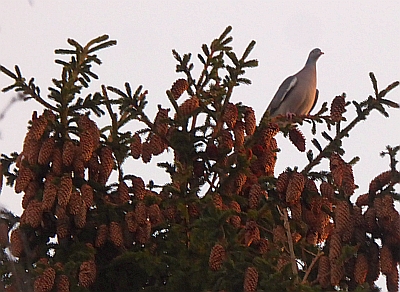 Not that common a sight to see woodpigeons in the garden, here at the top of a cone-laden Norwegian spruce.