Yesterday was my birthday and the best presents were all unintended as birthday presents:
1. Allium victorialis from a large stand that has naturalised from a farm garden in Nordland county, Norway to be offered to various members of KVANN (Norwegian Seed Savers) when I get time (From Inger Elvebakk, who also took the picture): 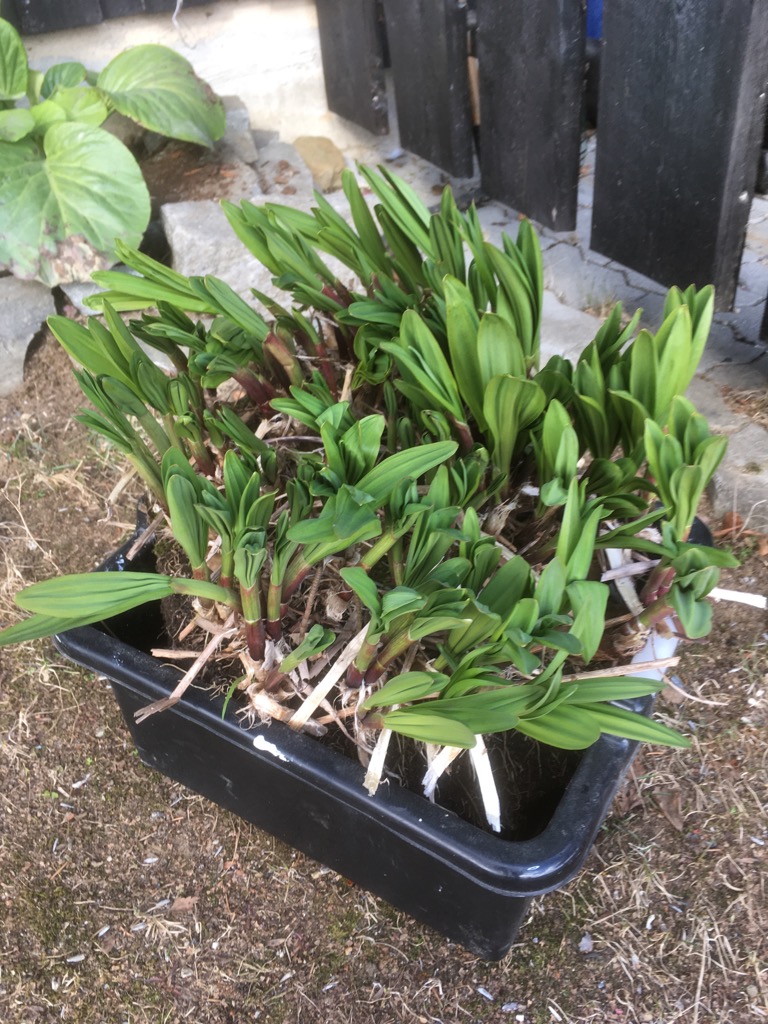 2. A new sea kale / strandkål (Crambe maritima) accession from a KVANN member, from a wild population 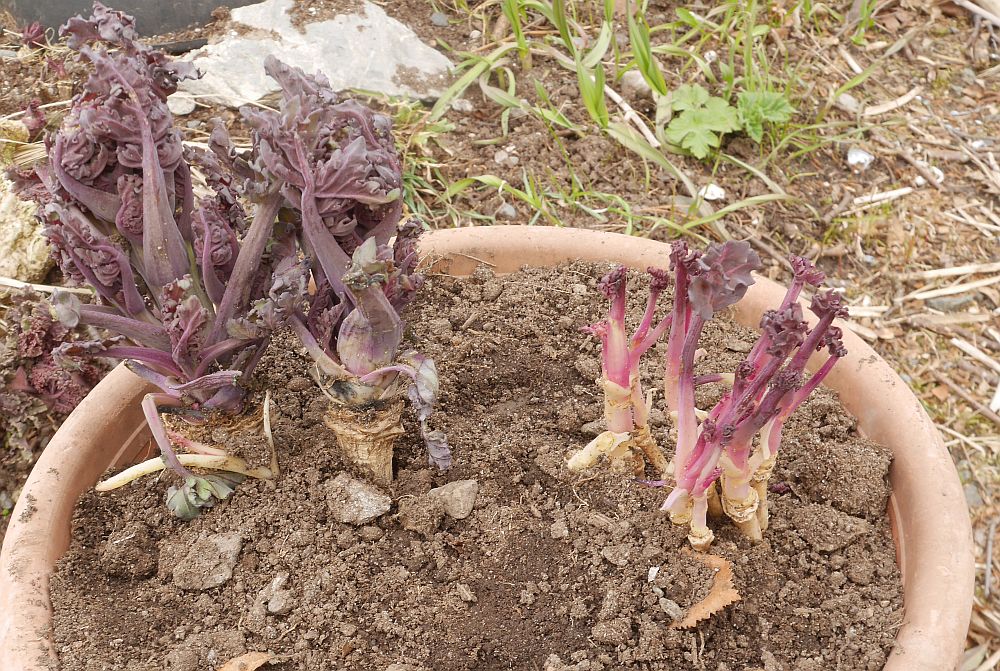 3. Decorah Posten took over a month to get here, but it arrived too on my birthday (see https://en.wikipedia.org/wiki/Decorah_Posten); more about this another time! 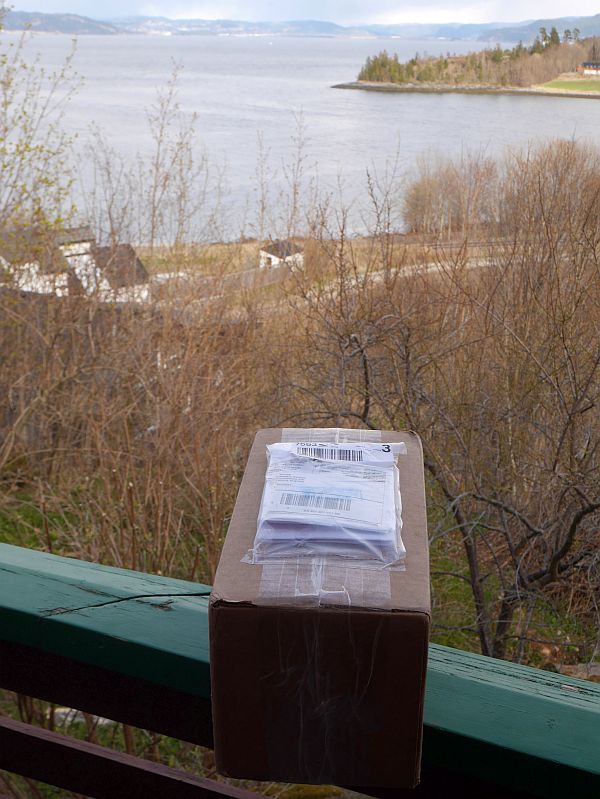 (For a Norwegian version of this article, see KVANNs Nyhetsbrev #12: https://kvann.no/wp-content/uploads/2019/12/KVANNs-Nyhetsbrev_12_fin.pdf)
I toured eastern and mid-west USA for 3 weeks in September / October 2019, on the back of being invited to the Mid-West Wild Harvest Festival in Wisconsin where I gave the keynote speech as well as a couple of classes. One of many highlights was a visit to Seed Savers Exchange (SSE) on September 26, just outside the small town of Decorah, IA, just an hour’s drive from the festival.

Decorah has become a centre of Norwegian-American culture. This originates from a large number of Norwegian settlements that started in the 1850s. Every July, Decorah also hosts the Nordic Fest, a celebration of Norwegian culture. Decorah is also home to the Vesterheim Norwegian-American Museum, the largest museum in the country devoted to a single immigrant group. Until 1972, one of the largest Norwegian-language newspapers in the nation was published there, the Decorah Posten. I have long been a member of the Seed Savers Exchange, which is KVANN’s biggest inspiration, an organization that started as early as 1975 to take care of heirloom plants. Since then, SSE has published a yearbook every year. In the SSE Yearbook you will find, in 2013, as many as 12500 varieties of vegetables on offer over 500 pages of small print. This is real diversity. SSE was founded by Diane Ott Whealy and Kent Whealy after Diane bequeathed the seeds of two heirloom plants that her great-grandfather had brought to the United States from Bavaria in 1870!

I rented a car from Madison and drove through a dull monotonous landscape of almost exclusively arable land with ripe corn and soyabeans. The contrast was therefore remarkable arriving at Heritage Farm, where Seed Savers Exchange is located, and where one can find perhaps the largest vegetable variety in the world? They grow here over 1000 varieties of seeds each year and at the same time conserve the nature of the wooded river valley conservation area. The farm was larger than I expected, at 390 ha, but it is necessary to be able to isolate the vegetables far enough apart to minimise the danger of crossing in seed production!

I was really made to feel welcome by the staff of the Seed Savers Exchange and especially by the brand new executive director, Emily Rose Haga, who has long experience in vegetable breeding, and especially tomato, pepper and lettuce varieties, at Johnny’s Selected Seeds in Maine since 2012.

In the morning I made a presentation to the staff of about KVANN and a little about my work with perennial vegetables which I talked more about in my evening talk (more below)!

Afterwards, I was given a tour of the facilities with Facilities Manager Jim Edrington who drove me around the farm to see the isolation areas for seed production, nature conservation areas, a collection of historic fruits and pastures with Ancient White Park Cattle (see http: //blog.seedsavers .com / blog / ancient-white park cattle-new-babies). Below is a picture gallery from my visit and at the bottom more about my evening talk in Decorah.

The lecture was in Vesterheim’s Gathering Room, where the administrative part is located, an amazing room decorated by Sigmund Årseth’s murals (see https://www.youtube.com/watch?v=lWNQe3NmDLY) and to my delight it was full of people from Seed Savers Exchange and other interested parties. I even met the founder of Seed Savers Diane Ott Whealy, a great honour (she gave me a copy of her book) and also David Cavagnaro, Heritage Farm’s first “farm manager” and known from the Pepperfield Project (see http://www.pepperfieldproject.org). Sadly I wasn’t aware who I was taking to at the time! Probably the most knowledgeable group I have had the privilege to give a lecture for!

I’m making the most of my invite to the Mid-West Wild Harvest Festival at the end of September, where I get to teach alongside great North American foraging authors Sam Thayer, Leda Meredith, Ellen Zachos and others! I am pleased to announce a number of other events including a walk and talk with the great Joe Hollis at Mountain Gardens in North Carolina and an event put on by the one and only Eric Toensmeier in Holyoke, Western Massachusetts (I’m promised ripe pawpaws and American persimmons!), followed by a series of other talks in New England organised by my friend Aaron Parker of Edgewood Nursery near Portland! Here is the whole list (still possibilities in Boston and New York):

22nd September:  Walk and talk with the great Joe Hollis at Mountain Gardens (near Asheville, North Carolina) (see https://www.mountaingardensherbs.com and https://www.facebook.com/MountainGardensHerbs); details not available yet!

1st  October:  Talk organised by author of Perennial Vegetables and other great books, Eric Toensmeier in Holyoke, Western Massachusetts (details not available yet).

3rd October: Talk “Around the World in 80 Plants: New England to the Mediterranean”  organised by Aaron Parker of https://www.facebook.com/pg/EdgewoodNursery in or around Portland, Maine (details not available yet). The talk continues with the rest of the world in Portsmouth the next day:

5th October: Looking for organisers for an evening event in the Boston area (possibly a walk and talk in the Arnold Arboretum)

6th October:  Looking for organisers for a daytime event in the New York City area (possibly a walk and talk in the Brooklyn Botanical Garden or elsewhere)