In my world, plants that are both perennial, edible, ornamental and popular with pollinating insects are the most valuable (I term this class of plants edi-ento-mentals) and the Giant Ulleung Celery, Dystaenia takesimana, ticks all 3 boxes! That it can provide winter greens at a time of year when little else is available is its biggest advantage as an edible plant! This plant has been a closely guarded secret amongst a selected few for many years, but is now poised for the big(ger) time! The fact that I’ve written the article below about this plant is thanks to one man, plant breeder Professor Elwyn Meader (1910-1996) who collected seed on its small home island of Ulleung-do in the East Sea between the Korean peninsular and Japan in 1953! Without his generosity and enthusiasm 30 or so years ago to share seeds, we wouldn’t know about one of the potentially most useful permaculture plants! Please download the article below and seek out plants and seed!

The photo below of a flowering Giant Ulleung Celery at Eric Toensmeier’s home Paradise Lot in Holyoke, Massachusetts is courtesy of Jonathan Bates, who’s in the picture too. 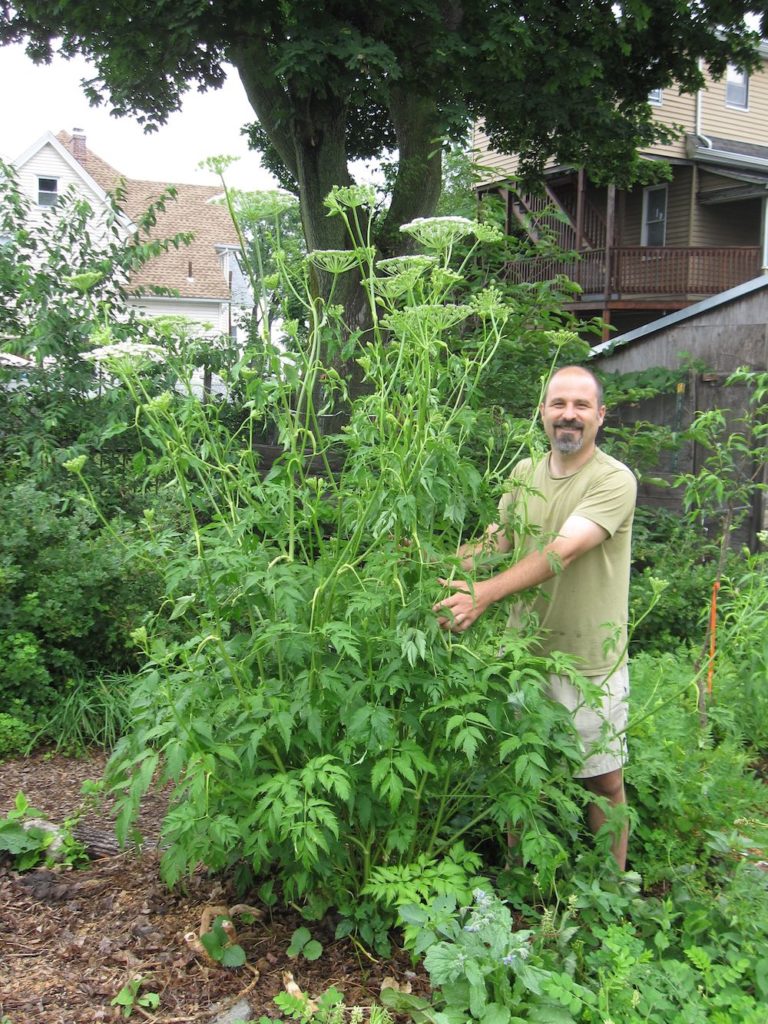