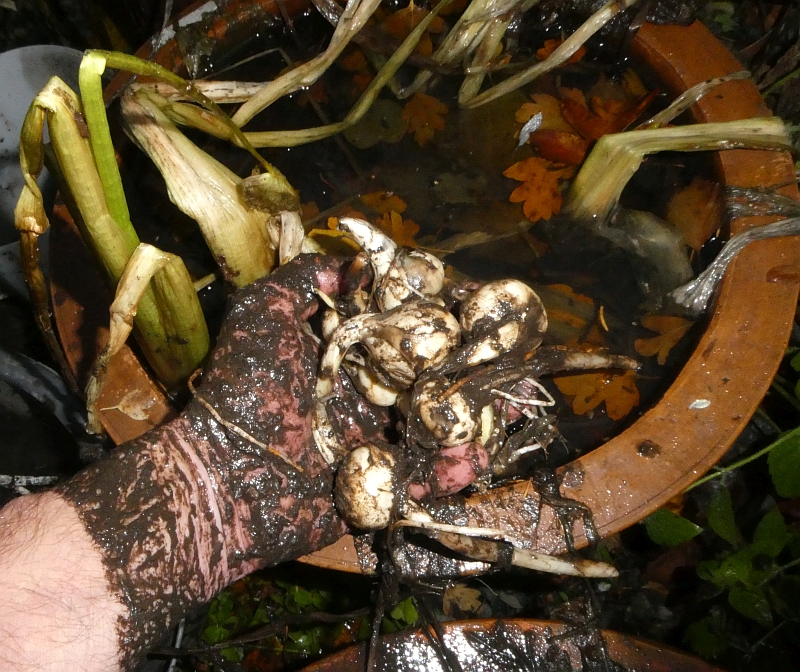 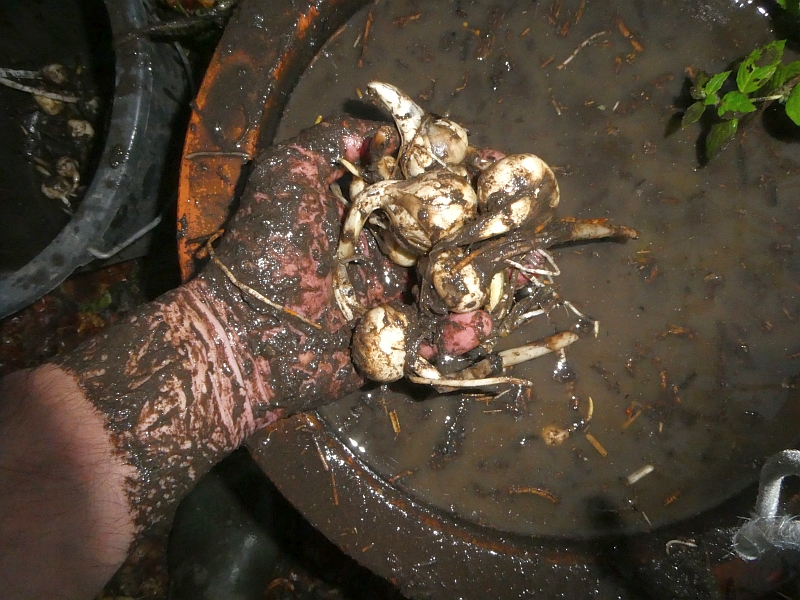 I can go out into my garden and “forage” spring greens from anywhere in the temperate Northern Hemisphere! This week I foraged possibly the top two traditional spring greens of the Appalachian mountains, one of them, known as Sochan (so cha ni) by Native Americans, for the first time! Sochan has also now entered my all time top ten perennial vegetable list and would definitely have been in my book if I had discovered it before as it’s also a fantastic edimental! It is Rudbeckia laciniata, known as Cut-leaf (or Green-headed) coneflower or Golden Glow!

Here in Norway, the double-flowered cultivar “Hortensis” (also sold in the UK as “Golden Glow”) is a common ornamental known as “Gjerdesolhatt” or “Kyss meg over gjerdet” (Kiss me over the fence)  reflecting on the fact that it’s often planted next to fences.

I’m not sure where I first heard of its edibility, but another Norwegian gardener sent me a plant 10 years ago and it’s since spread slowly where I placed it in a shady spot (sunny in spring before the leaves of an apple tree shade it out!):

It is well documented as probably the most important spring vegetable of the Cherokee in the Southern Appalachians in Moerman’s Native American Ethnobotany, which is probably where I first noted its edibility. It’s missed in Cornucopia II. The Cherokee ate the tender young leaves and stems cooked alone or with other greens such as poke (Phytolacca americana), Ramps (Allium tricoccum), Rumex spp. (docks) and eggs. They were also fried with fat and were also dried for later use and also eaten as a cooked spring salad or as celery (presumably raw). Unlike some other Native American veggies, this one doesn’t seem to have been adopted by the Europeans and remained a closely kept Cherokee secret!

I didn’t know of others who had eaten this plant and it wasn’t until I read Samuel Thayer’s glowing account of this plant (11 pages) in his gem of a book “Incredible Wild Edibles” (2017) that I was encouraged to give it a go!  I also missed Mountain Gardener Joe Hollis’ video on this plant (https://www.youtube.com/watch?v=aBJncaj1ZPM; also from 2017).

It is believed to have similar medicinal properties to closely related Echinacea (also known as coneflower).

I finally got round to trying it for the first time last week and, wow, I hadn’t expected it to taste that good, slightly sweet and aromatic similar to other Asteraceae like Korean Aster scaber.  We served it with probably the No. 1 North Appalachian spring edible, Ostrich Fern (Matteuccia struthiopteris).

In Norway, this species has escaped from gardens and is established in some places, but is not considered to have an ecological risk (low risk on the national invasives list). It is very hardy. My double-flowered clone doesn’t seem to produce seed.

I’m very chuffed and honoured to have been asked to be guest speaker at next year’s Midwest Wild Harvest Festival on September 27-29. The festival is organised by Melissa Price and my favourite foraging author Samuel Thayer!
See https://www.wildharvestfestival.org/#
I plan also to visit nearby Seed Savers Exchange for the first time!