Tonight’s mix of veg for a barlotto (Norw: byggotto) in which you can put what you want.

From 2001, Bioforsk (the Norwegian Institute for Agricultural and Environmental Research, now NIBIO) department in Kise, Hedmark started collecting plant material of roseroot (Rhodiola rosea) from all over Norway. A field collection of some 97 clones resulted at Kise and analyses of the adaptogen components were reported by Steinar Dragland and Ruth Mordal in 2006. It was found that levels of the active chemicals was higher in the populations in Northern Norway than in the south and a selection was made called “Kise Mix” used to establish plants in different places around the country.

I visited one of the growers Rigmor Solberg in Sortland, Northern Norway in 2009 (pictures below).
Sadly, the market collapsed due to cheap Russian imports and this field was never harvested. 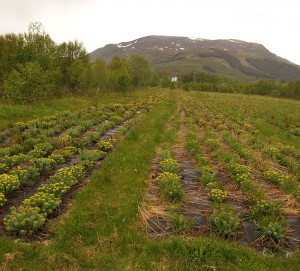 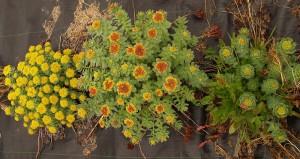 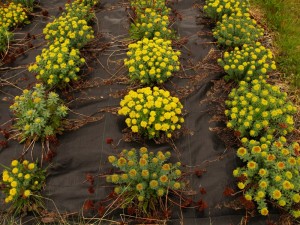