I arrived at Findhorn by bike – http://www.edimentals.com/blog/?p=8060 – from Dyke on 14th September 2016, where I had been staying at Teeny Weeny Farm! Ariane Burgess had attended my talk there the night before and kindly invited me to visit Findhorn’s Edible Woodland Garden….
Ariane has for  over twenty years worked on reconnecting people to nature in different ways and in different countries. For example,  as a healing response in the aftermath of 9/11 she was commissioned to design and install The Labyrinth for Contemplation, Battery Park in New York (I feel that as I flew back from the US to Europe on that day…).  From Findhorn, she inspires, teaches and consults about the transition to our future integrative, regenerative culture, including ecovillage design (see more on her web site here: http://arianeburgess.com
However, it was the new Edible Woodland Garden I’d been invited to see. Nestled next to the Findhorn community, the garden has been designed as a demonstration of how very poor land with a severe water shortage can be turned into a productive edible garden! The project was initiated by the Findhorn Hinterland Trust and more can be found on the trust and the garden at: http://www.findhornhinterland.org/ecology/edible-woodland-garden
See more in the picture gallery below!!
I look forward to visiting again, Ariane Burgess…thanks for showing me round and good luck with your important work :) 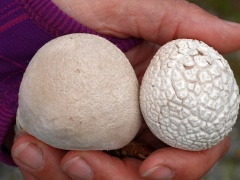