I also finally flowered a yacon here! I’ve been growing Yacon now for 10 years, my first harvest here was on 28th October 2006 and I was pleased that I got 1/2 kg for each plant! I had got used to low yields on other South Americans like oca and ulluco when harvested in October, so this was a pleasant surprise!
This yacon was grown on the balcony outside in a large pot, was frosted 2 weeks ago, resulting in some leaf drop, but having moved it inside it has recovered and the flower bud has finally opened! 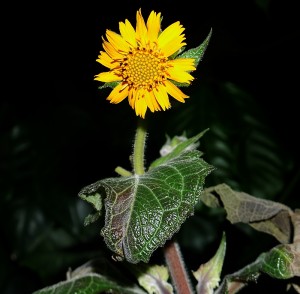 This is the closest I’ve got Yacon to flowering here, grown in a large container…it might just make it as warmer nights and sunny days are forecast for the next week… 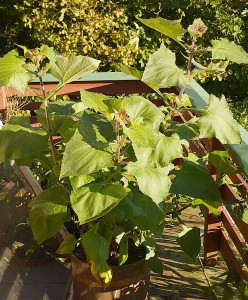 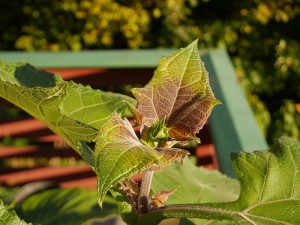