I’ve been following and supporting the discussions that we need to Dig for Victory against climate change as though we were in a war….this is the progress so far! No, I shouldn’t joke :(
The first two pictures shows progress digging a trench along the driveway. 30 years ago, I dug by hand the length of the driveway and filled in with stones and gravel as the previous owners hadn’t wanted a car into the house and it was just a pathway with grass. I started the trench to stop the tree roots invading my vegetable beds, a problem on my shallow soil which I didn’t think was more than 20cm depth anywhere, but where the pictures are taken seems to be part of an old sand quarry and it was much deeper than I ever imagined and I’m still not down to the rock! I gave up having excavated a lot of sand and come down to a layer of clay beneath. I’ve now refilled this with large rocks! I remember excavating this part 30 years ago in the spring and finding a hard layer that I thought was rock…it seems it was frozen :)
The second picture shows another bed I constructed when building the greenhouse (RIP) for my mint collection. The mints were grown in pots and sunk in gravel to stop them wandering. I’ve dug it all out, cleaned the gravel and replanted! 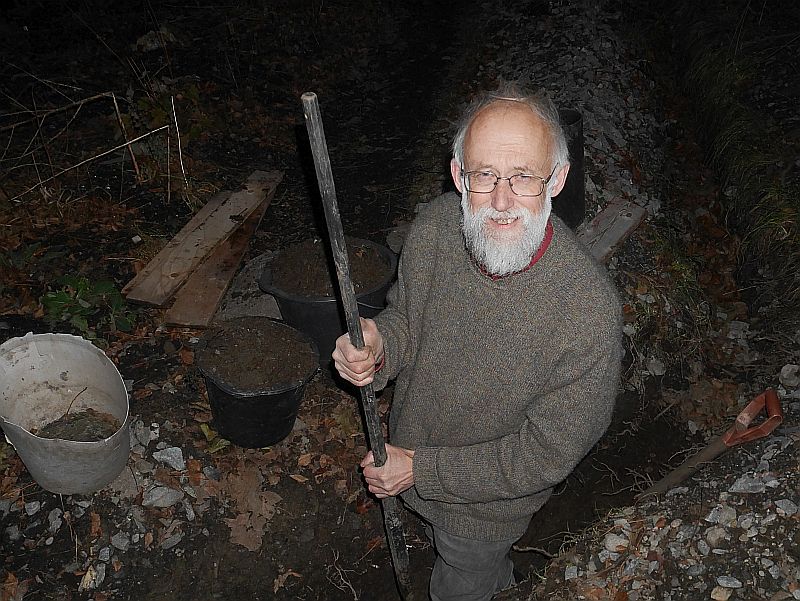 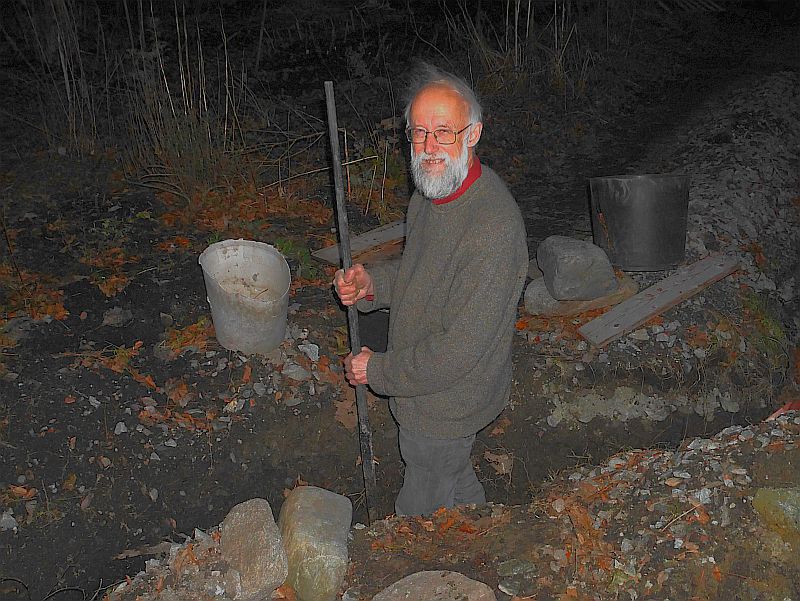 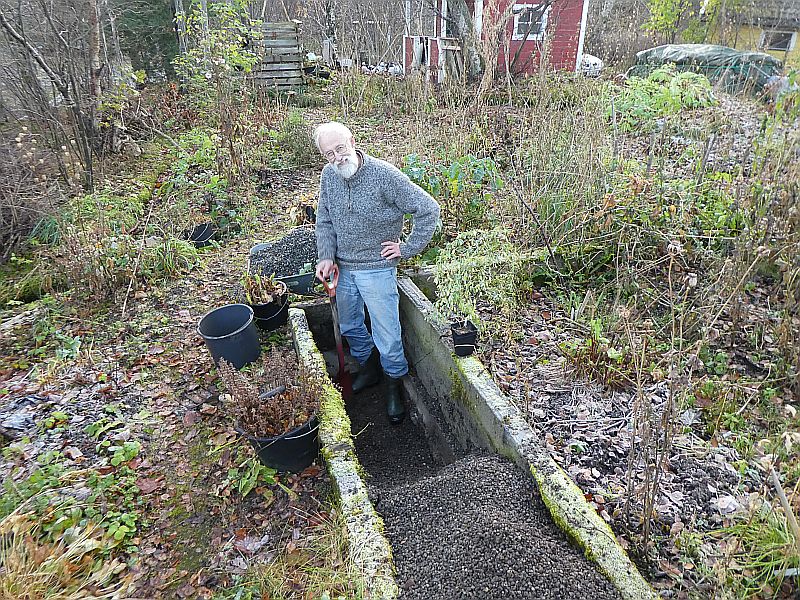