Earlier this year I bought the Field Handbook to British and Irish Dandelions by A.J. Richard which contains descriptions, photos and keys for all 239 known UK and Irish species, a book written during Covid lockdown! I was curious to go deeper into the world of dandelions and to hopefully identify the various species I have in my garden and area around apart from the obvious moss-leaved dandelion (is this really Taraxacum sublaciniosum?), the pink flowered dandelion (Taraxacum pseudoroseum) and white-flowered species like Taraxacum albidum. And what about some of the historical cultivars such as the French cultivar “Pissenlit Coeur Plein Ameliore”. What species is this?
Inspired by the book, I set about taking detailed photographs of about 40 different dandelions at home and at the Væres Venner community garden with the thought to have a proper look and try to key them out during the winter months. I did try one species but it was daunting and they may not be species found in the UK. I have introduced quite a few cultivated and wild Taraxacum species in the garden over the years. I also joined a couple of specialist Taraxacum groups on FB. There I met Alex Prendergast in Norwich who kindly sent me seed of 25 mostly identified species! Having the answer for species that I could grow and have before me should hopefully help me keying out some of my species! I finally got round to sowing these dandelions today; see the album below. At the very bottom are detailed pictures for one species, the moss-leaved dandelion, which I’ve learned are necessary for dandelion identification. 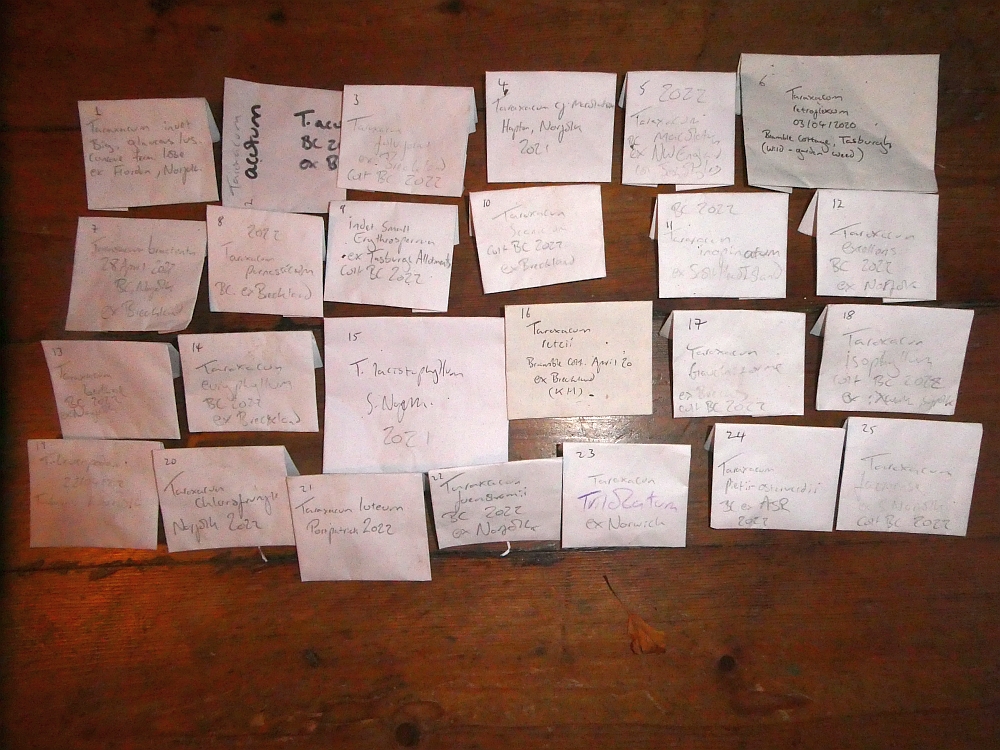 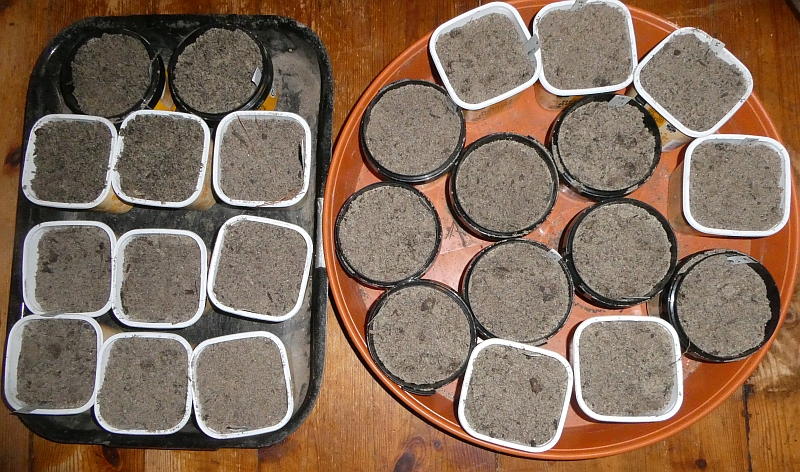 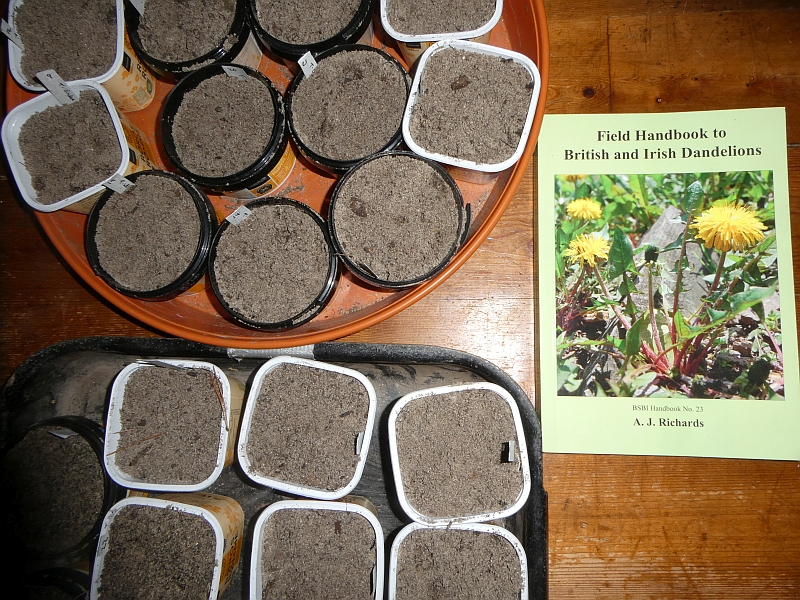 Detailed photos of the moss-leaved dandelion, so far known as Taraxacum sublaciniosum