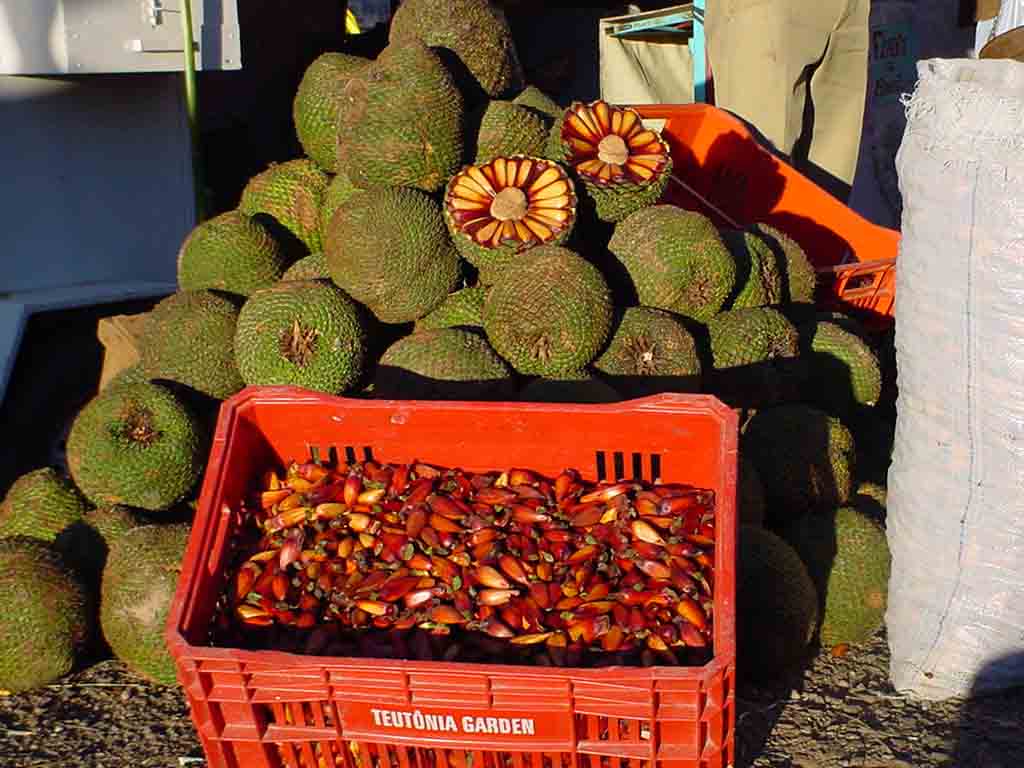 The picture (from Wikipedia) shows the cones (pinhas) and nuts (pinhões); Wikipedia: The seeds, similar to large pine nuts, are edible, and are extensively harvested in southern Brazil (Paraná, Santa Catarina and Rio Grande do Sul states), a habit particularly important for the region’s small population of Native Americans. The seeds, called pinhão [piˈɲɐ̃w̃] are popular as a winter snack. The city of Lages, in Santa Catarina state, holds a popular pinhão fair, in which mulled wine and boiled araucaria seeds are consumed. In Brazil, 3,400 tonnes (7,500,000 lb) of seeds are collected annually which, combined with extensive logging, seriously threatens the regeneration of the species. It is also as a softwood timber, used in stair treads and joinery.