The Norwegian name for ostrich fern is strutseving (ostrich wing) and fiddleheads are now appearing in my kitchen window, two months before they will be out in the garden. It’s easy to dig up some roots of this spreading species in the autumn. I left them outside in these pots until about a month ago. I’m leaving these first relatively small fiddleheads to grow, so as not to kill the roots (they will be planted back in the garden to recover). 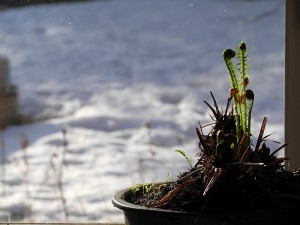 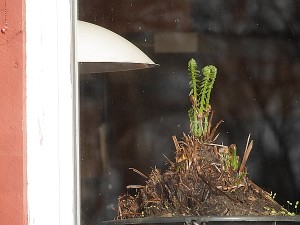