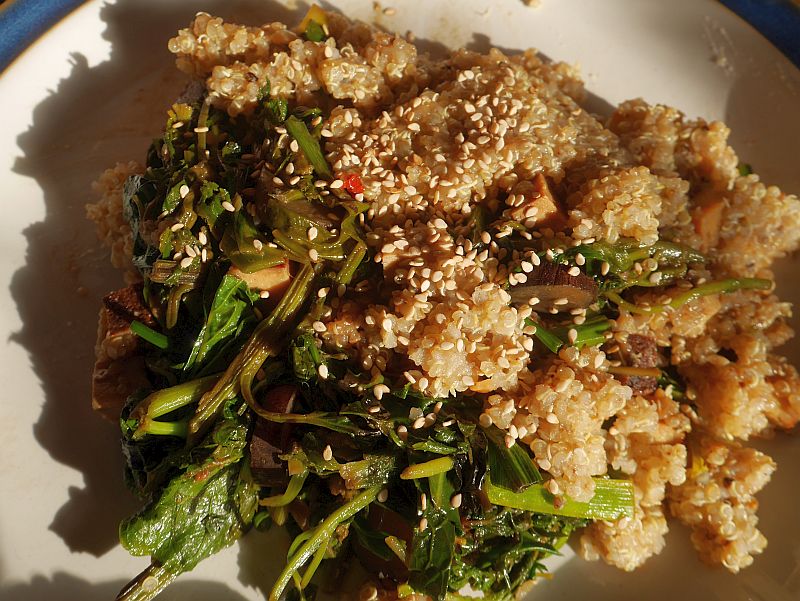 Walking past the Udo (Aralia cordata) patch yesterday morning I noticed that the shoots had outgrown their bucket and, as usual, had thrown the bucket down the hill, eager for some sunshine. Sad for it, its effort was in vain as they were bound for the kitchen! Here’s an album of pictures showing how I prepared the udo salad.
I alsø blanced Arali racemosa for the first time, but haven’t tried it yet…

The bucket of cordata let some light in at the top, so the shoots were greener than for A. racemosa