Bear Spinach (Hablitzia tamnoides)?
Well, my friend William Whitson in Washington State recently reported “I finally had a couple of plants withstand our typical 2.5m of rain winters. They started sprouting again in January. Then a bear dug them up and ate them. No kidding.” ;)
Hence, I’ve renamed it Bear Spinach….Bears in its homeland in the Caucasus surely feast on it too in the spring. Ramsons or Allium ursinum is known as Bärlauch or bear onion in German as bears are known to eat it in spring and if you eat ramsons you’ll become as strong as a bear. I’m sure Hablitzia has the same effect!

Anyway, my plant reappeared from under deep snow this week and the roots are probably fully frozen as a result of the previous very cold, dry and snowless period. It clearly doesn’t mind this treatment :) 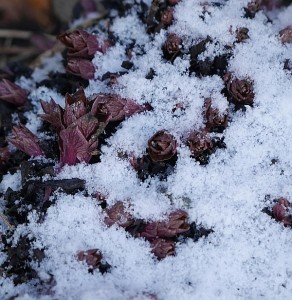 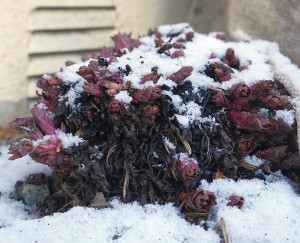 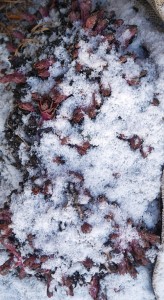