I heard a magpie “singing” this morning outside the front door. It has been desribed as a low-pitched, slightly chirping giggle and is in my experience most often heard on cold winter days. Indeed song has been recorded in January in Finnmark (the northernmost county of Norway) in an air temperature of -36C!
Unfortunately, the magpie discovered me as soon as I started filming and there’s only a very short snatch at the beginning. 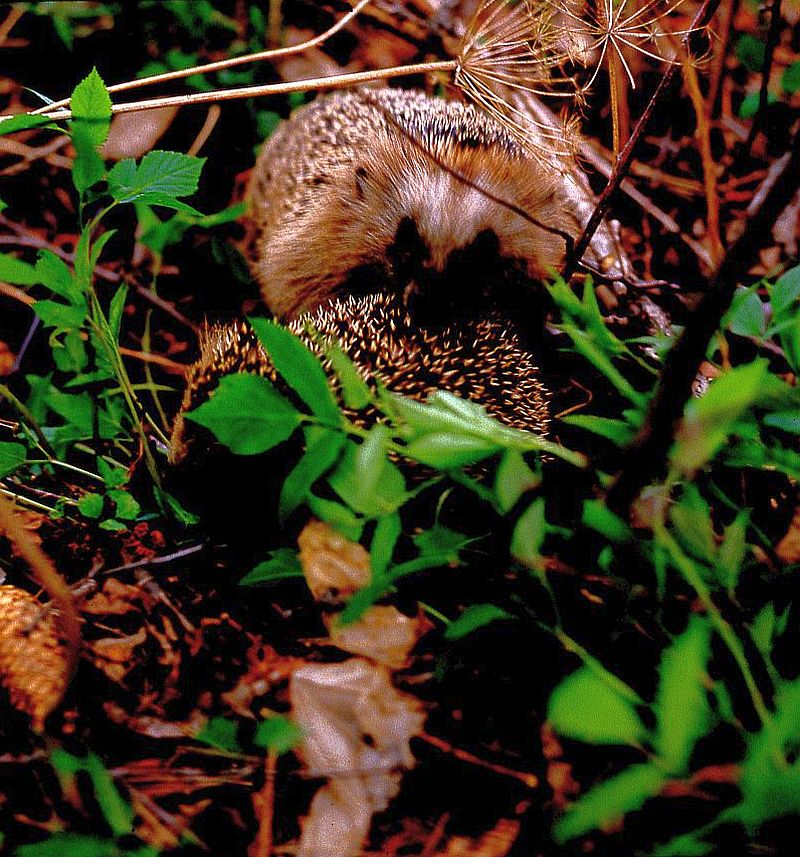 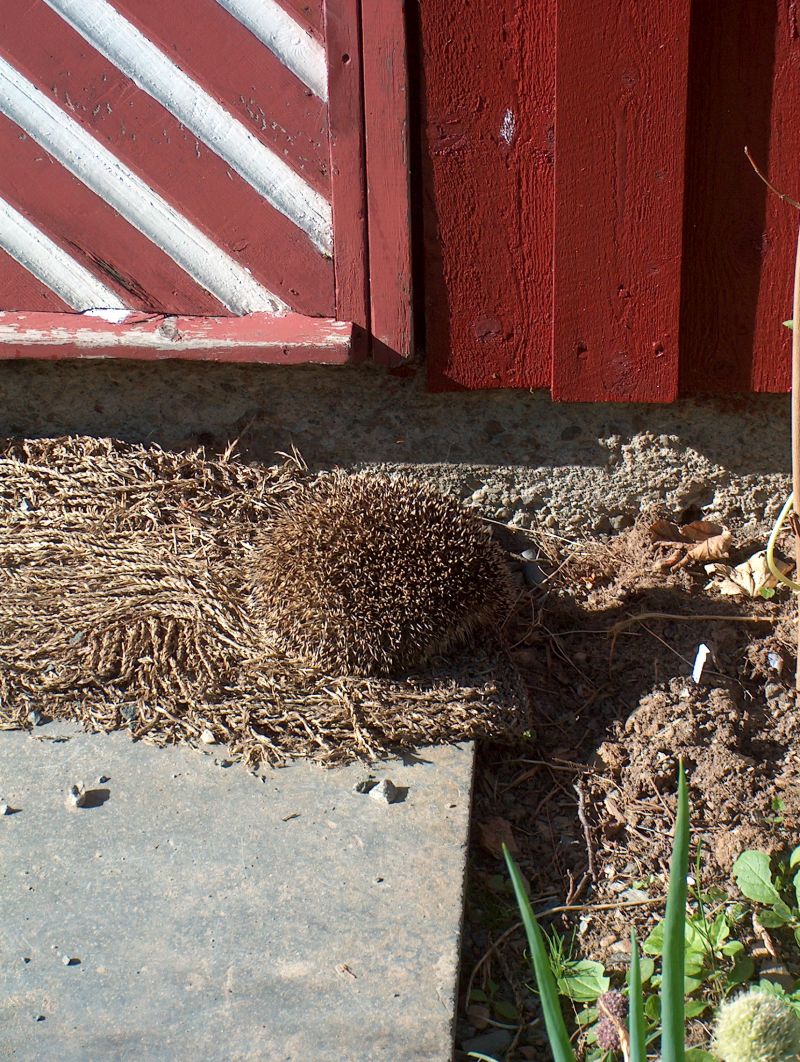 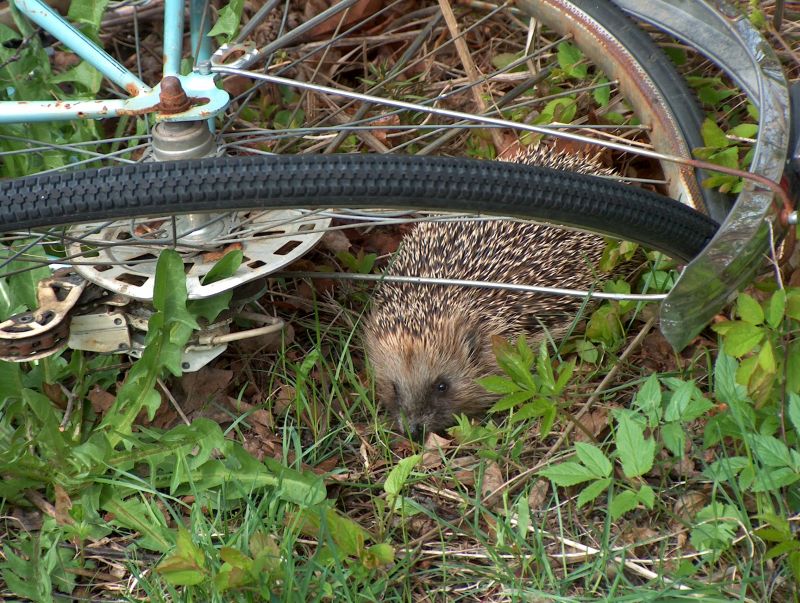 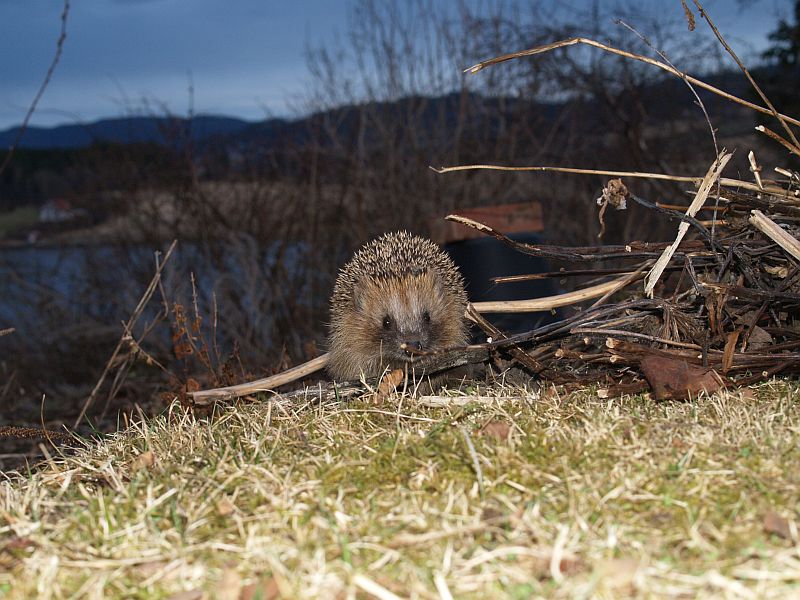 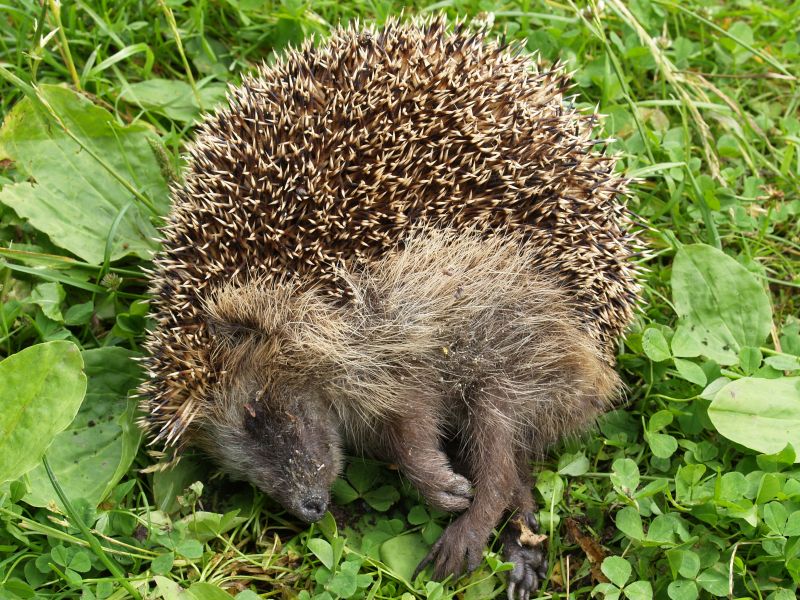 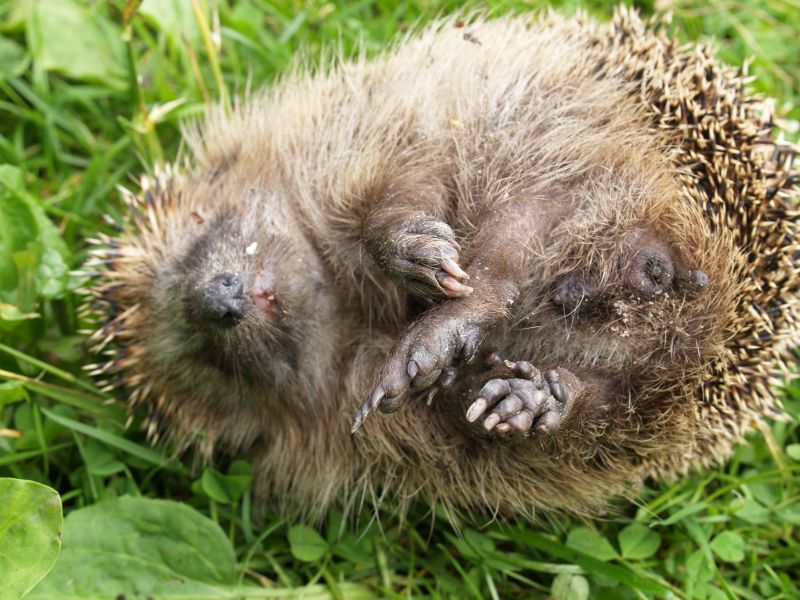 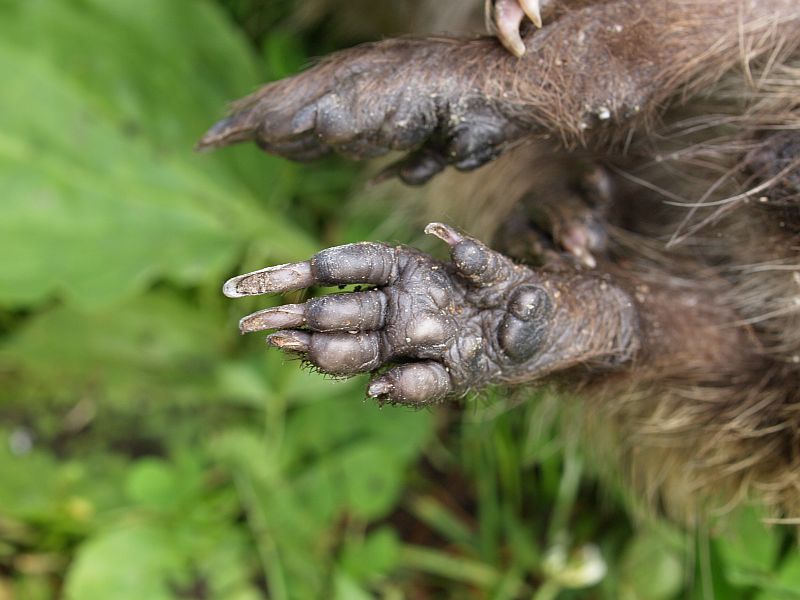 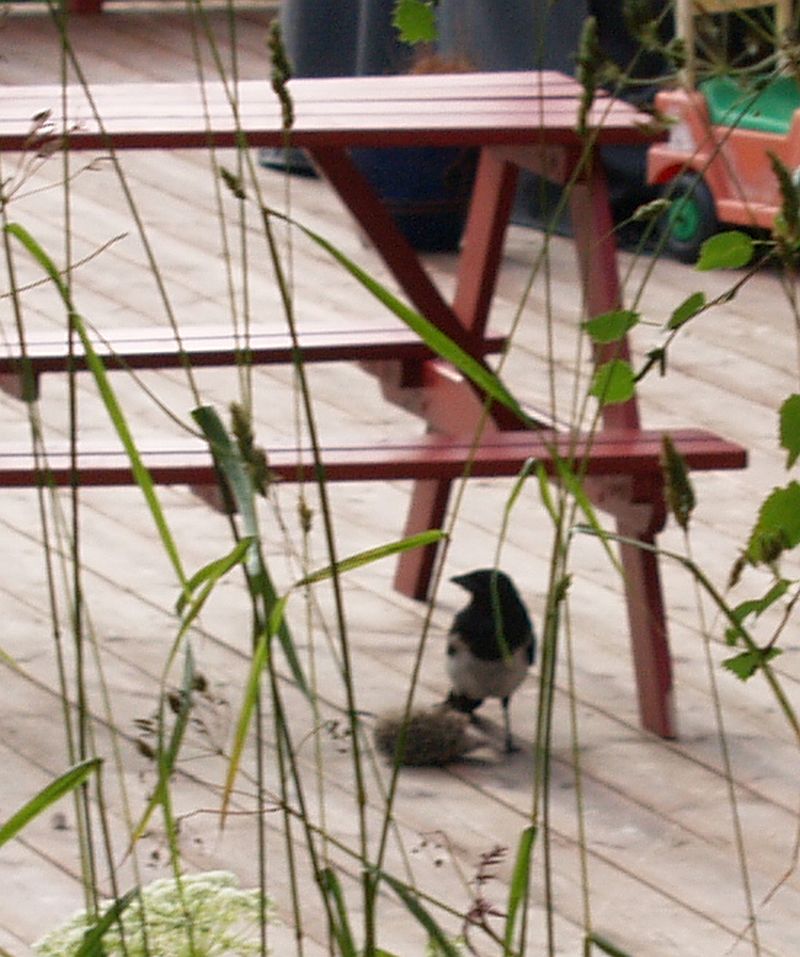 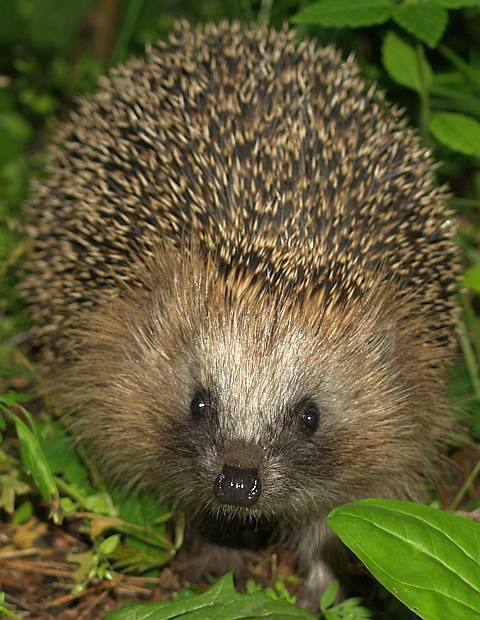 Yesterday, a magpie (a young bird I think) decided to visit our living room (aka indoor forest garden) and had to be shown the way out again….making it 3 species of bird I’ve recorded indoors (great tit / kjøttmeis and a feral pigeon / bydue) being the others. Now it decided to have a bath in rain water containers right in front of us!!! They are normally rather shy birds.

I was walking through the garden yesterday towards the office at the Ringve in Trondheim  and I heard a lot of noise coming from a group of conifers, magpies (skjære) excited about something. I walked around the trees to see if I could see what it was only to meet a couple of birders with long telephoto lenses! A tawny owl (kattugle), not something you see often in the garden. There are 3 reports of this species from Ringve, all in February during the last 10 years! 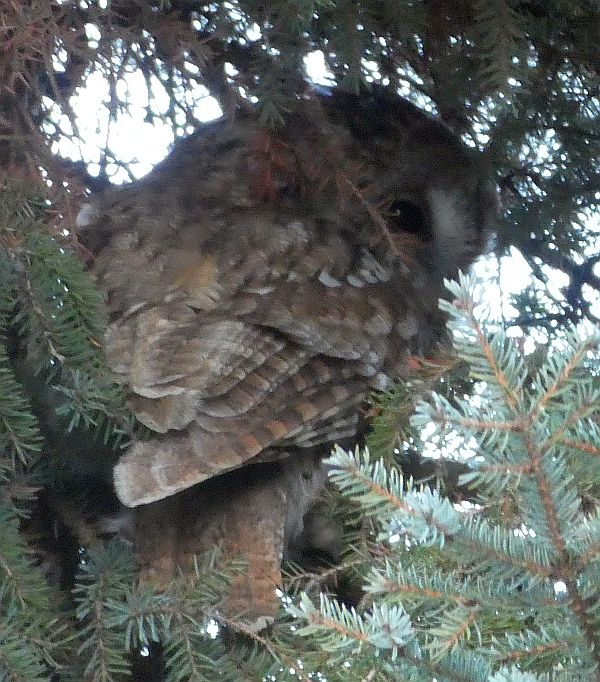 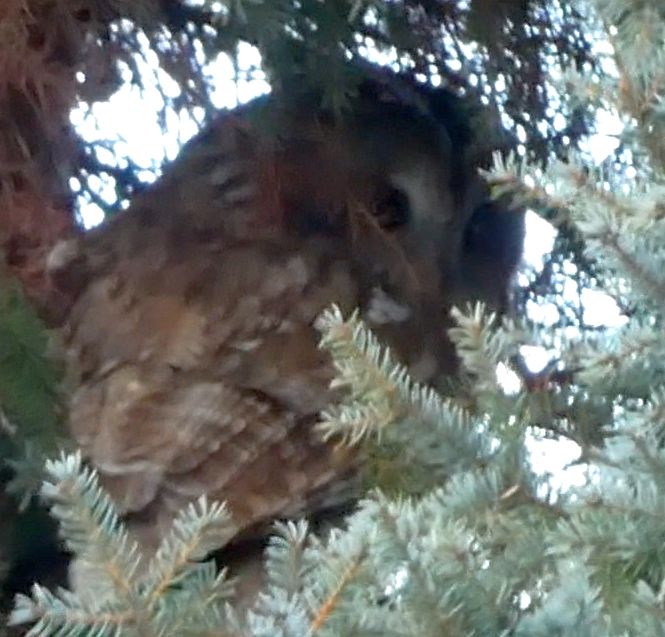 Take you pick, this is either a Murder of magpies, a Charm of magpies or, charming, a Gulp of magpies… 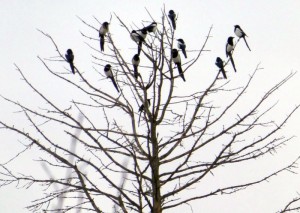 Put out some oats in the garden and the crows are there in a few minutes! Hooded crow and magpies!
I always dreamed of working in a botanical garden and somehow my wish has come true only 7 months after retiring from job as an ocean wave climatologist!
Even better, I can come and go as I wish (more or less)…I now have an office where I will be able to document and tend (in summer) my onion garden, as visiting researcher :)
WOW!
…and the staff are lovely people too :)
090118: Wren foraging and joined by a second bird120118:  It’s quite a few years I’ve seen two-barred crossbill (båndkorsnebb), but then I’ve never deliberately sought them out at Ringve Botanical Garden in Trondheim which, because of its collection of conifers, is one of the best places to see this species, the less common of the 3 crossbills here…only one female with a single common or parrot crossbill…
090118: Wrens (gjerdesmett): 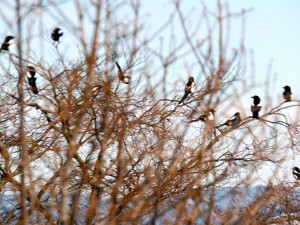