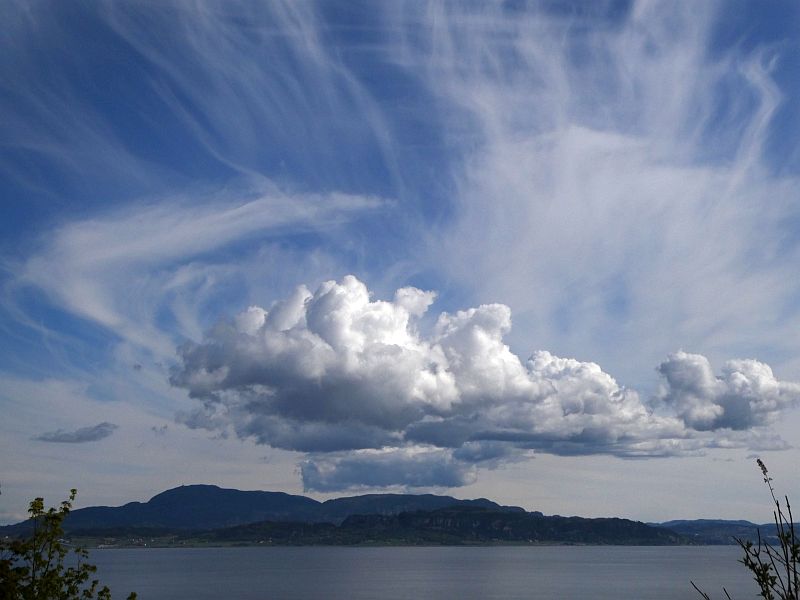 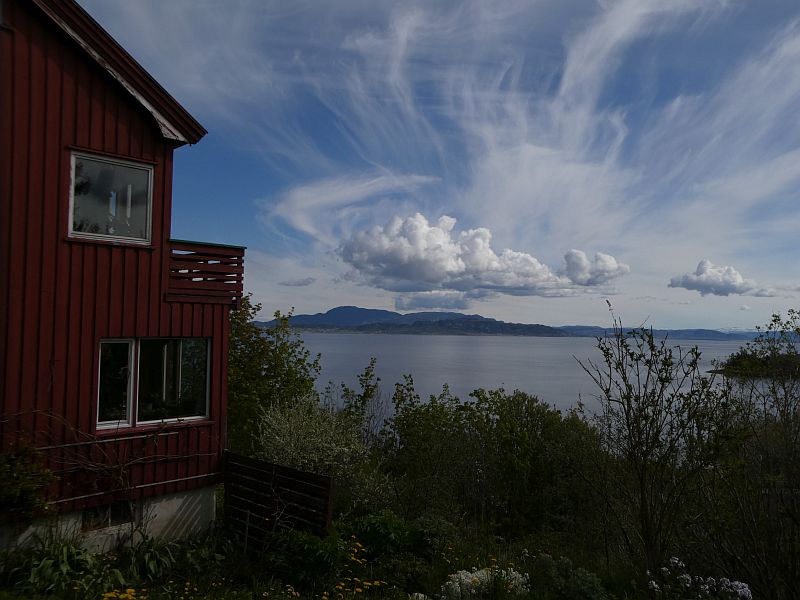 Some beautiful views the last couple of days between snow showers:

The position of sunrise on the horizon changes rapidly here, perhaps 5 degs. every week. Twice a year sunrise happens close to the peak of Forbordsfjellet the mountain on the other side of the fjord from the house. I’d never captured this event on camera before…until yesterday: 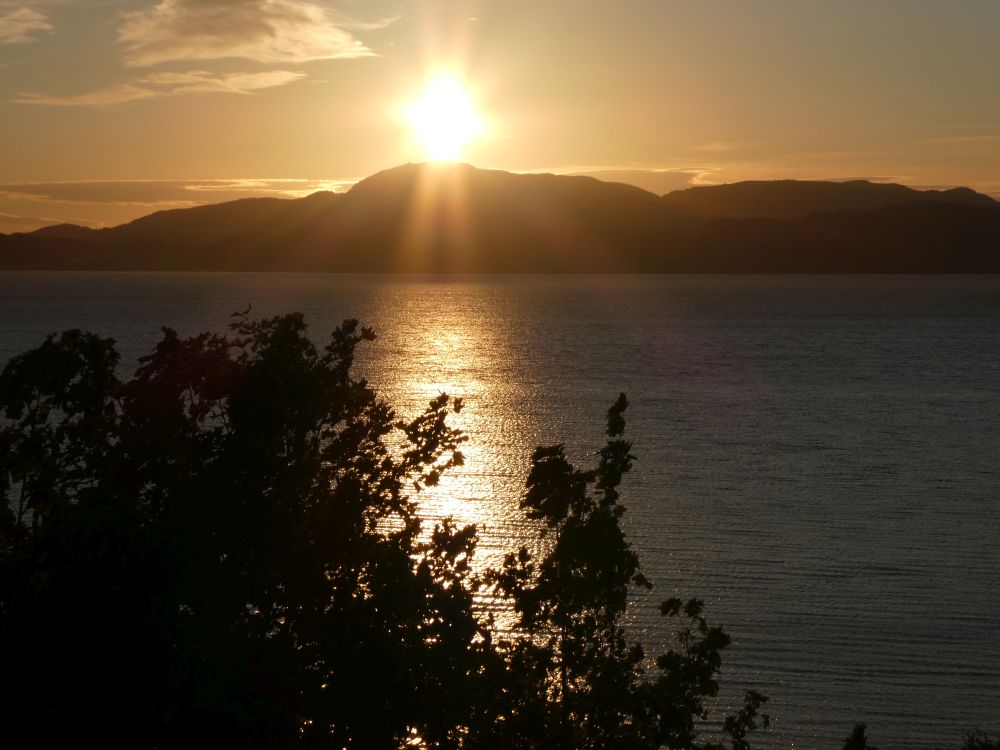 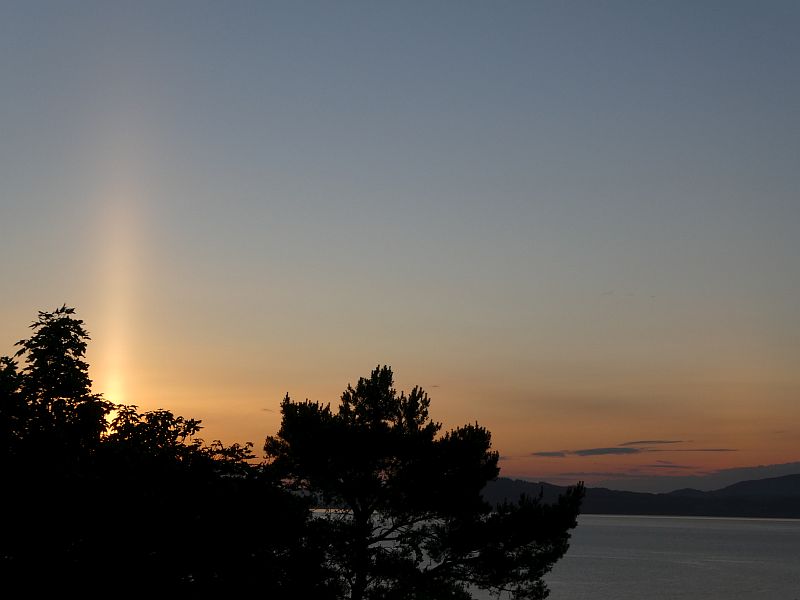 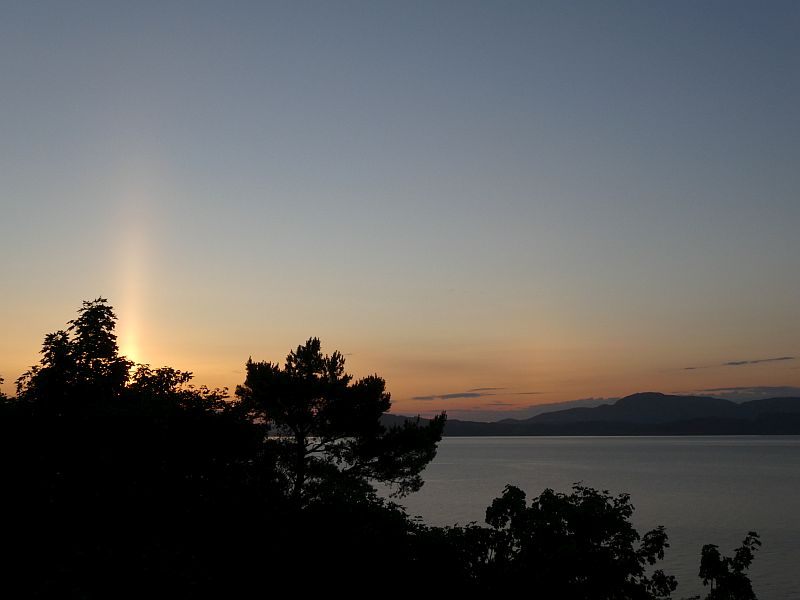 At this time of year dawn and dusk coincides for several hours and there’s no sun-up and sun-down again until after11th January; this is the most beautiful time of year. This morning the beauty didn’t last long as the storm and sleet showers moved in from the west!
The video shows the sun illuminating part of Forbordsfjellet on the other side of the fjord. 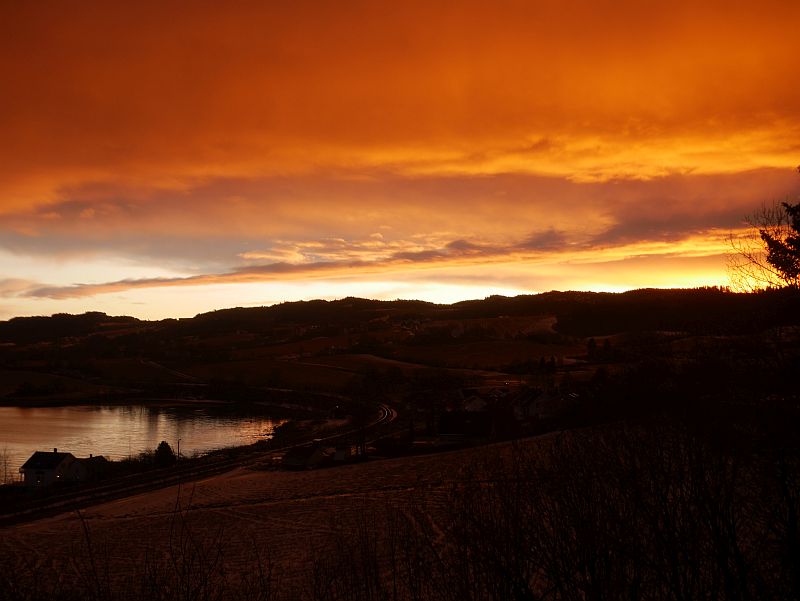 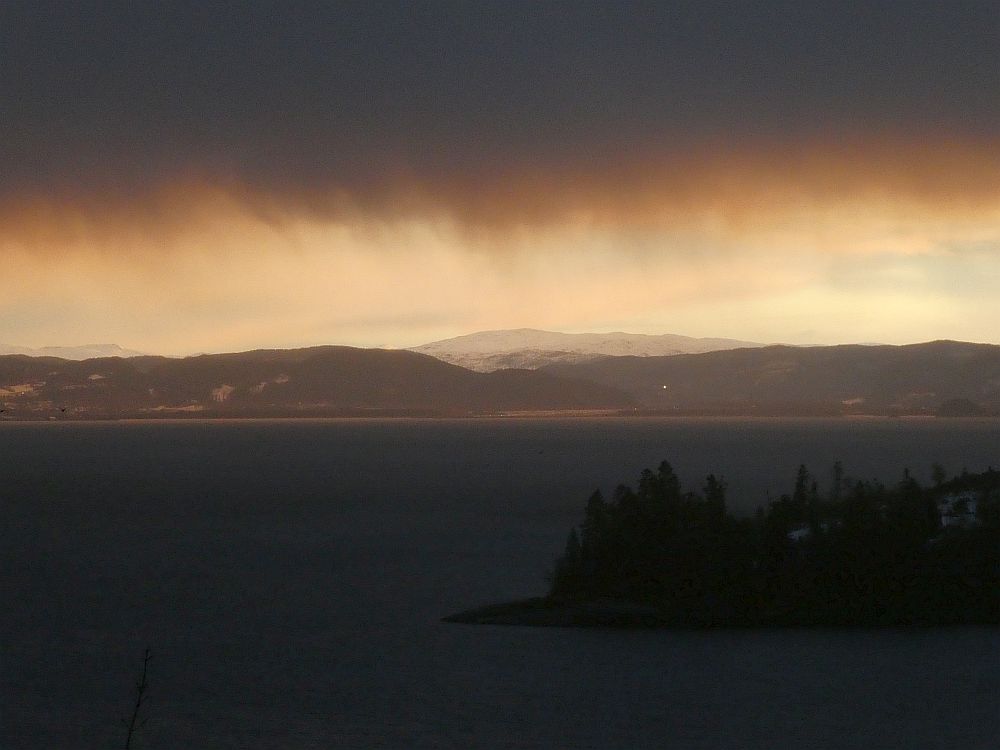 A fantastic moon rise over Forbordsfjellet this evening…but it looks like it will cloud over before the eclipse in the morning!

An active weekend in the garden digging a trench for the Internet, moving and stacking firewood and piling leaves over less hardy plants…before the next freeze with air temperature forecast to be below zero for the next 10 days…
It was a false alarm when I wrote last week that the sun had set and wouldn’t rise again until mid-January. From my desk in the living room I noticed a bright light through my indoor forest garden…the sun rose and set again in the course of 2 minutes… :)