I’ve met some wonderful people on my journeys over the last 10 years. One of them is my friend Carmen Porter in Hemmingford, Quebec who kindly offered to put me up when I was invited to Canada in April 2017.  The reason for being in Hemmingford was for a meeting and to give a talk at La Ferme des Quatre Temps, the farm managed by author of The Market Gardener,  Jean-Martin Fortier,  which is just down the road from where Carmen and her mother Tamlin George live. 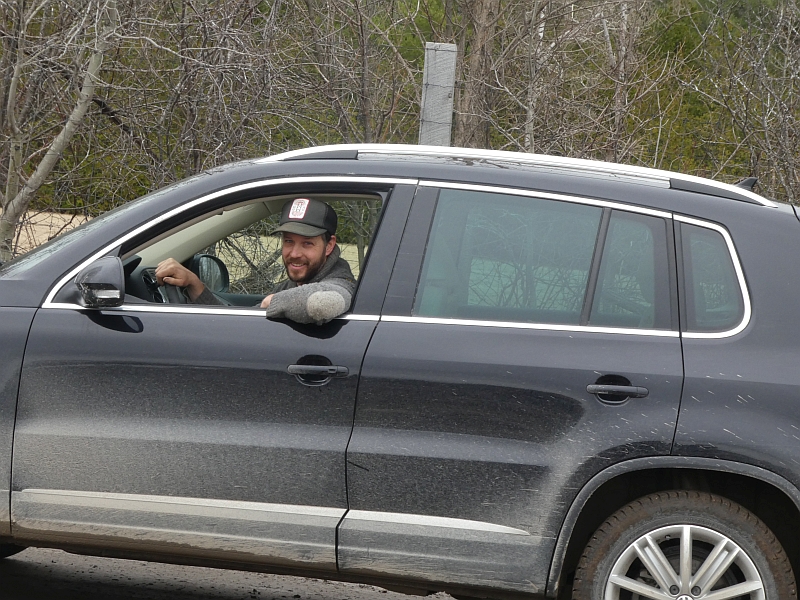 Carmen is a young singer-songwriter inspired by herbs and nature who is also a keen gardener. She has a wonderful podcast series called Songs and Plants which presents tunes where “the scientific names of species comprise the lyrical content”. I was recently in touch with Carmen again in connection with a music video of her song Botanical Berceuse
(a lullaby of sedative herbs!). I helped with a few plant pictures. This is real permaculture music that teaches as one listens! She joined us for the seminar and a tour of the farm with three young permaculturists including Jonathan Pineault and Alexandre Guertin from the company Écomestible (www.ecomestible.com), who had been contracted to grow perennial vegetables on the farm for sale! I wonder how it’s going almost 5 years later (wow, has it really taken me so long to blog about this!) 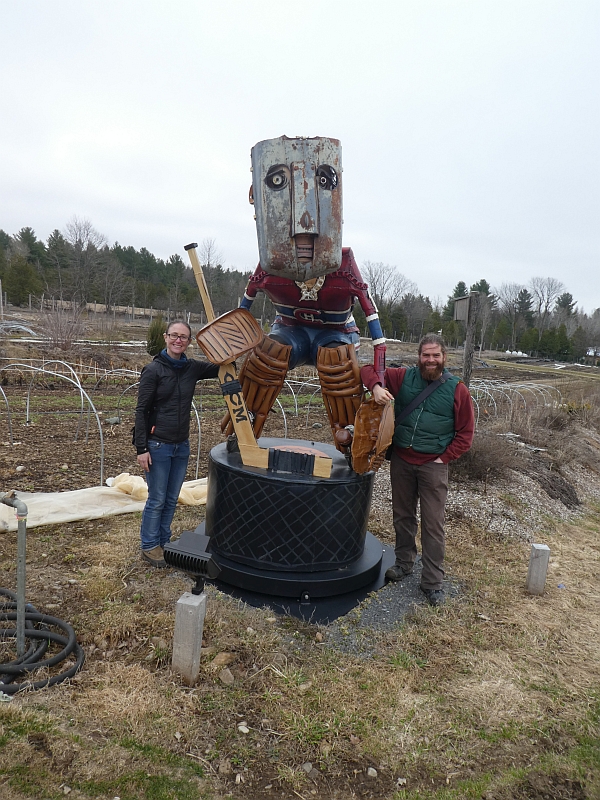 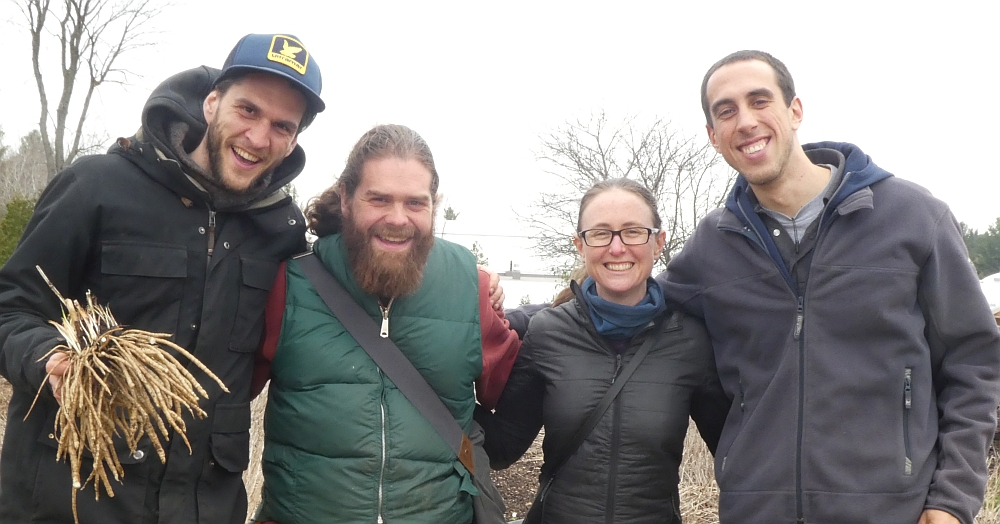 After the seminar and farm tour, Carmen drove me to her place and we had a tour of her garden, although it was very early spring and only a few sprouts had emerged. I think also it was only just the year before she’d started work (and the gardens have expanded greatly since I was there).

Have a listen to Amaranthaceae by Carmen Porter before reading more (who else could make “a sentimental ballad for lovers of spinach, quinoa and family”)?

A fig overwintering in the living room, just like home: 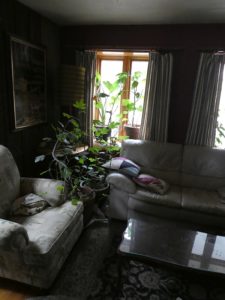 Thanks to Carmen for sharing the pictures of how her garden looked 4 years on!!! First, the front garden:

…and the back garden:

The next day we went for a walk in the Hemmingford woods in a nature reserve area, the path ending at a place they call the “Gulf” locally right on the US border and I went rogue and illegally stepped into the United States of America. Shortly afterwards we heard a helicopter and retreated quickly back into the forest as a raven flew ominously overhead!

So early in the spring there were only a few plants to see, although we did see a few Erythronium (trout lily) shoots, so it wouldn’t have been long after that the woods would have been awash with spring flowers! I’ve collected pictures from the walk below:

A short video of the Gulf:

Who else than Carmen could have written “A love song celebrating the relationship between Cucurbita pepo and Peponapis pruinosa” (squash and a solitary bee)! Beeloved is great original permaculture music: https://www.youtube.com/watch?v=WoYO1mtg-HQ

Finally, a few pictures from the woods behind Carmen’s house including pitcher plants (I was surprised to see these out so early):

…and, approaching a pool in the woods with cattails, I was convinced we were hearing ducks calling until Carmen put me right. This is the call of the wood frog (Lithobates sylvaticus), a fascinating species you can read more about here

Many thanks again to Tamlin George and Carmen for your hospitality during my visit to Hemmingford :)
Listen to more of Carmen’s Songs and Plants blogs including an interview with Experimental Farm Network’s Nathan Kleinmann here

I took the ferry across from Vancouver Island to  the city of Vancouver. I’ve already posted a lot of pictures of the birds of fabulous Stanley Park, a green lung right in the centre of the city  (see http://www.edimentals.com/blog/?p=10476). Here’s a few pictures of emerging edimentals I spotted in the park during my visit on 4th April 2017.