Sowing carrots at Xmas…late or early?
They won’t germinate until April here, good to get ahead of the spring jobs!
HAPPY CARROT-TIDE (Carrotmas?) everyone and (in Norwegian) GOD GUL!! 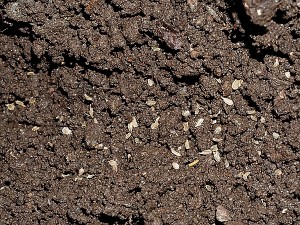 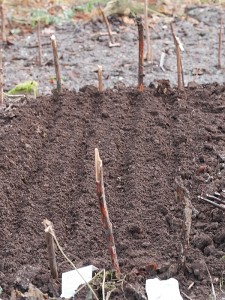 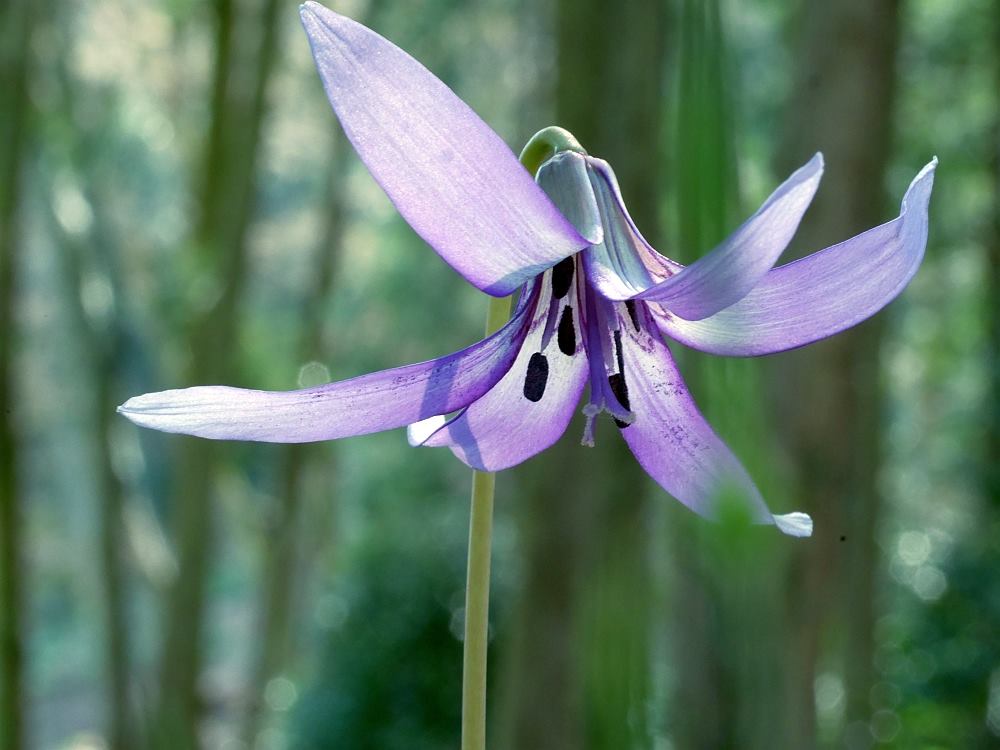 This post documents my visit with Aiah Noack of Naturplanteskolen in Denmark to the historical town of Asuke in Aichi Prefecture near to Toyota, where we’d spent the night, on 28th March 2016.  Asuke and the Korankei Gorge is a popular place to visit to see the autumn colours, with some 4,000 different maples planted here since a priest started beautifying the place in 1634 (see http://japan-highlightstravel.com/en/travel/nagoya/120029). Aiah had contacted an old plant breeding colleague, Teruo Takatomi,  based in Toyota,  who had kindly offered to show us around for a couple of days and this was the first day of the itinerary they had arranged for us visiting natural areas and farms growing sansai (wild mountain vegetables).  Two of Teruo’s colleagues took us to Asuke to see the mass flowering of katakuri (Erythronium japonicum) on Mt. Iimoriyama right next to the town. However, there was much more than katakuri in the wood as the first album documents and at the end of the walk through the woods  we stumbled on a wonderful small nursery specialising in wild and edible plants! The owner ran it as a hobby and kindly invited us back to his house for tea and to see his garden (second album below).

For edimental gardeners, katakuri is one of the most exclusive vegetables, requiring at least 7-8 years to flower from seed!  Two plants I was given by Magnar Aspaker in April 2008 still only produce one flower a year and I’ve never seen a flower, but it’s growing in a less than optimal environment… It has survived the worst of the freezes here including the coldest winter since records began (frozen solid for 3-4 months)! Ian Young relates the same problem in his excellent e-book “Erythroniums in Cultivation” (available for free at http://files.srgc.net/general/ERYTHRONIUMS-IN-CULTIVATION%20-2016-IanYoung.pdf). He says that the bulbs divide slowly and seed is important to increase plants, but it takes time. On the other hand, individual plants can, according to a Japanese site, reach 50 years old with a new bulb every year! This seems to be his favourite Erythronium, easy to grow (although slowly increasing) with dramatic markings on the flowers.

As an edible plant, it was once an important source of an edible starch, katakuriko, but the plant was overharvested (also due to its popularity for the wild flower industry) and potato starch is used today, retaining the name! Both the leaves and flowers are used in Japan in various ways and I’ve given a few recipes roughly tranlated from various Japanese pages in the following document:

…or as in this picture from one of my Japanese foraging books: 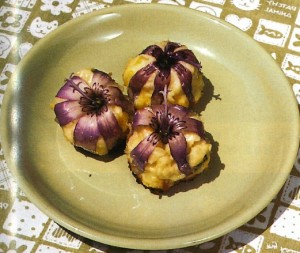 The leaves are also fermented!

We also spent some time at Sanshu Asuke Yashiki,  a working traditional crafts museum next to Mt. Iimori and had a gourmet lunch at the Kunputei restaurant overlooking the river gorge (third album below). This restaurant specialises on tofu dishes, handmade every morning and we ate konjac for the first time here (Amorphophallus konjac) (see this blog post for my experience with growing konjac:  http://www.edimentals.com/blog/?page_id=845)

In the afternoon, we were invited to the house of the nursery owner in the old traditional part of town. He also had a garden full of interesting plants!

Finally, a gallery of pictures from our visit to the traditional crafts museum, Sanshu Asuke Yashiki, and our gourmet lunch at the Kunputei restaurant within the museum grounds:

An early Xmas present from Alexander Naumenko! Thanks!
Several new very interesting Alliums, Taraxacum lilacinum (lilac flowered dandelion…hope they will germinate!), Hyssopus tianschanicus, Tragopogon capitatus, Angelica brevicaulis and Serratula coronata (an important wild edible food plant in the Far East that I’ve been looking for for some time; this species has a very wide geographic distribution and is in the same family as saw-wort/jærtistel, Serratula tinctoria )! Also a nice little book in Russian on the Plants of Kyrgyzstan… 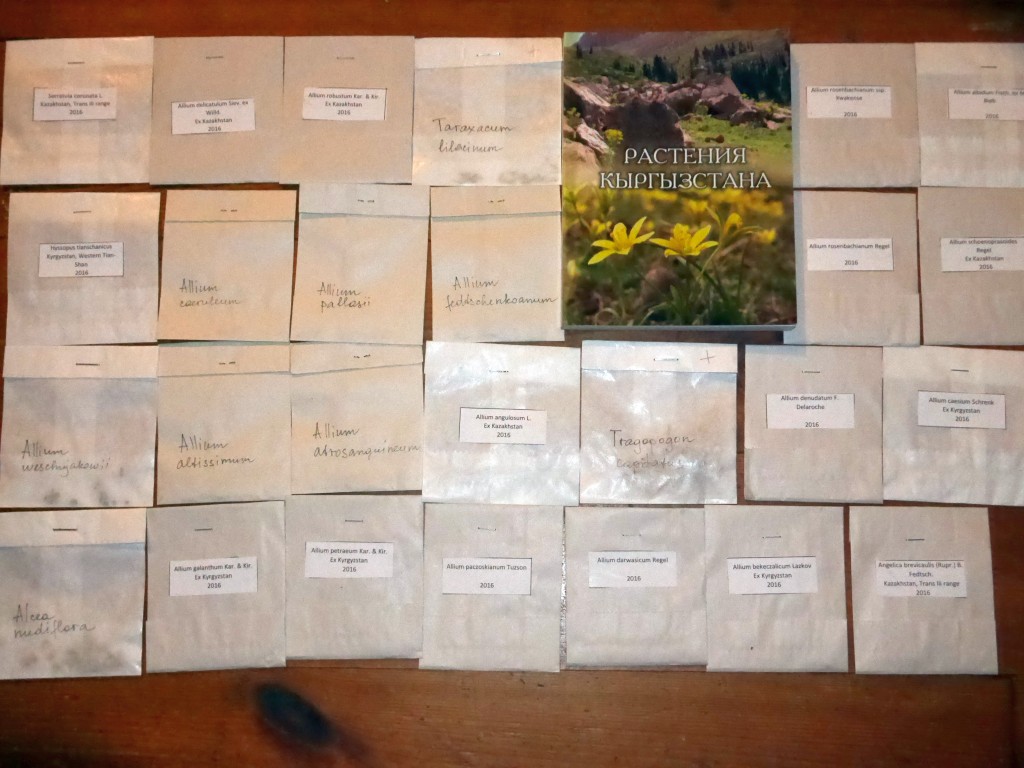 The best living displays of the diversity of Brassicas  I’ve seen was in the Munich Botanical Garden in Germany in November 2015, including an apparently perennial kale I hadn’t seen before… Braunkohl “Rote Palme”. Please let me know if you know more about this kale, also if you know of a source of seed /cuttings.

I’ve found the easiest way to clean quinoa and seed of other Chenopods is using water…the seed sinks and the chaff floats…after separating, the seed is dried… 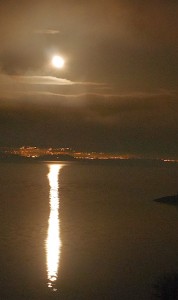 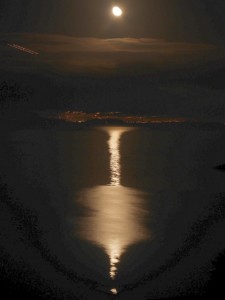 Mainly for my friend the Extreme Chili Guy, Chris Fowler, who reportedly maintains a collection of over 1,000 chilis in South Wales, here’s an album of pictures from a little exhibition showing off the diversity of chilis at Chelsea Physic Garden this autumn!

I’ve sowed 104 new perennial edibles , mostly Alliums… They will spend the rest of the winter outside under my cold frame  and hopefully germinate in the spring!  More information with the pictures on how I do this! 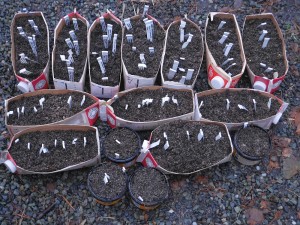