Some things happen just too fast for us to notice. Yesterday I made this video of a flock of waxwings:

I stopped the film and took the following screen grab and noticed that a couple of the birds were in gliding flight, looking like bullets: 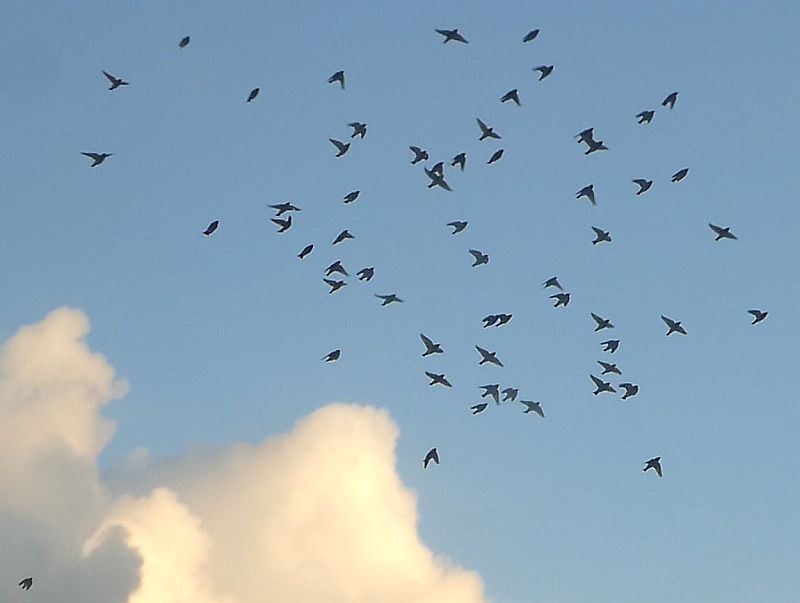 I took another screen grab one second on and to my astonishment almost all the birds had synchronised into gliding flight: 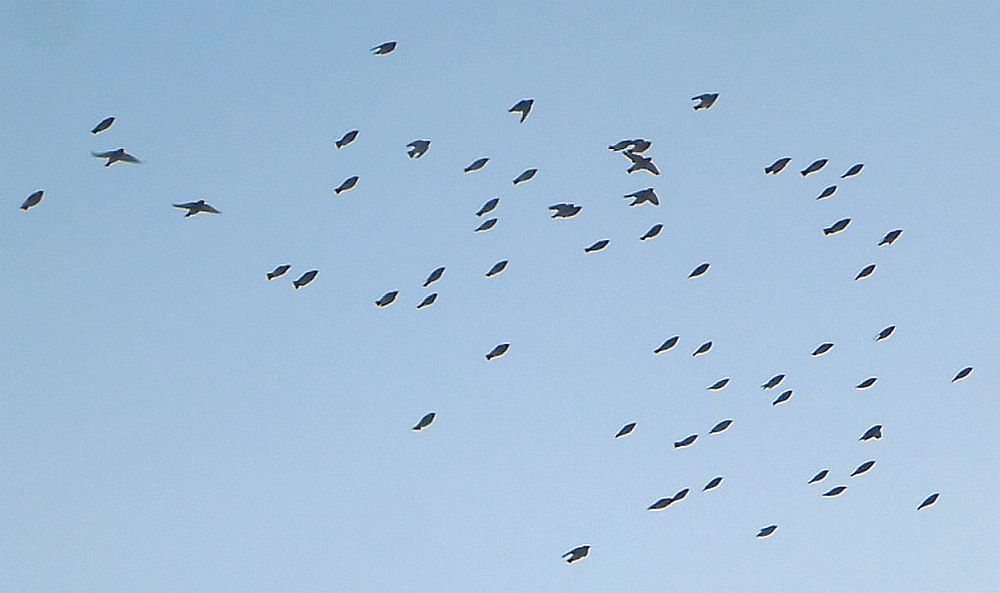 Apparently, this synchronisation of waxwing flocks is well known ( similar to starlings). Have a look in slow motion: