When I saw this larva in the garden on a cultivated Malva sylvestris (common mallow / apotekerkattost), I didn’t imagine this was a painted lady / tistelsommerfugl (Vanessa cardui), but it turns out that mallows (Malva spp.), other members of the Asteraceae and comfrey (Symphytum) can all feed the larvae!

I haven’t laughed so much during a garden tour for a long time! I had the pleasure to show Cathrine Johnsen, who operates a wild foraging company (Fru Johnsens Sopp og Nyttevekster), and her partner Edvin around the garden….Stavangerites can have a similar humour to Brits, hence the laughs!
Cathrine is known as TanteGrusom (Aunty Cruel) on FB and Edvin has a habit of throwing himself safely (Trygg) out of airplanes  (Fallskjerm = parachute)!
See you guys next time you are passing! 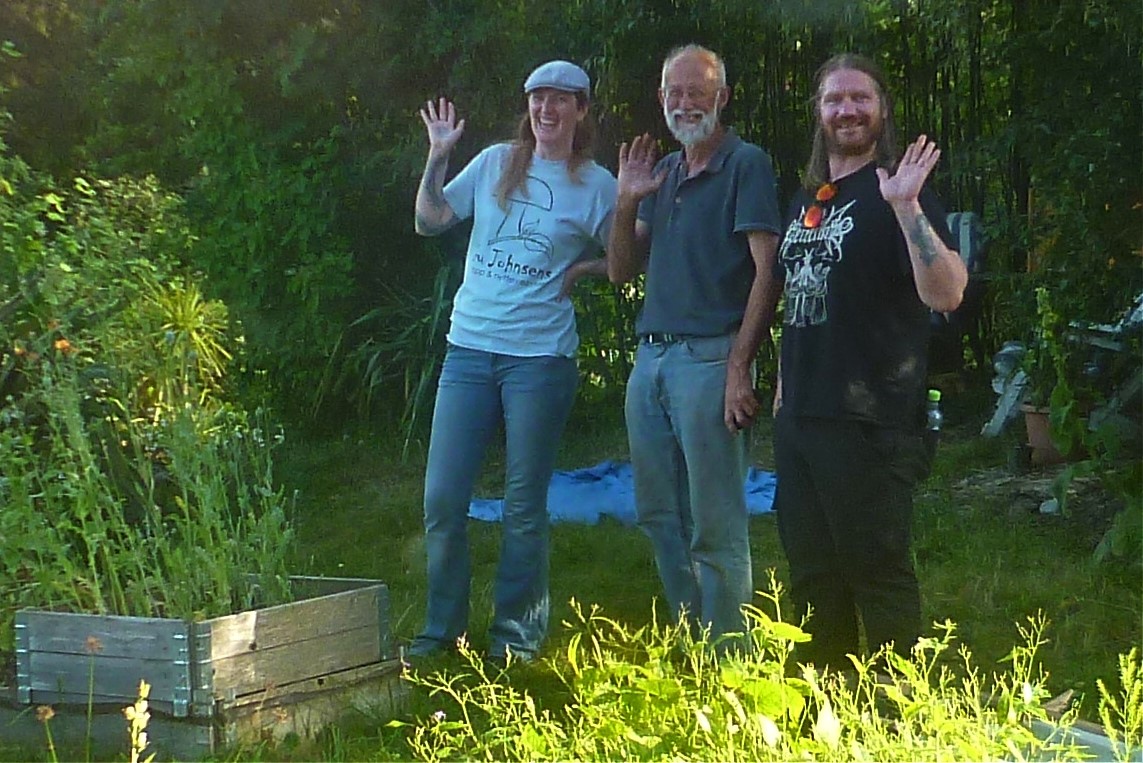 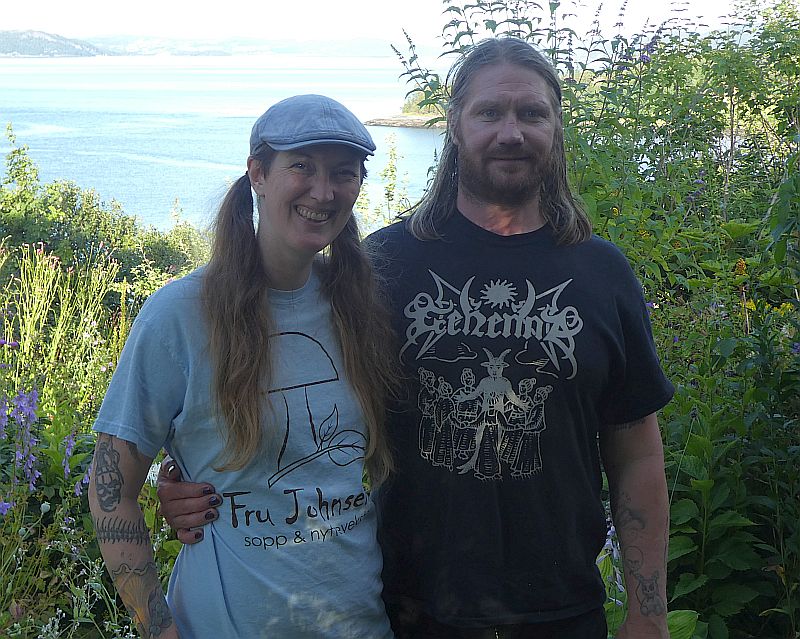 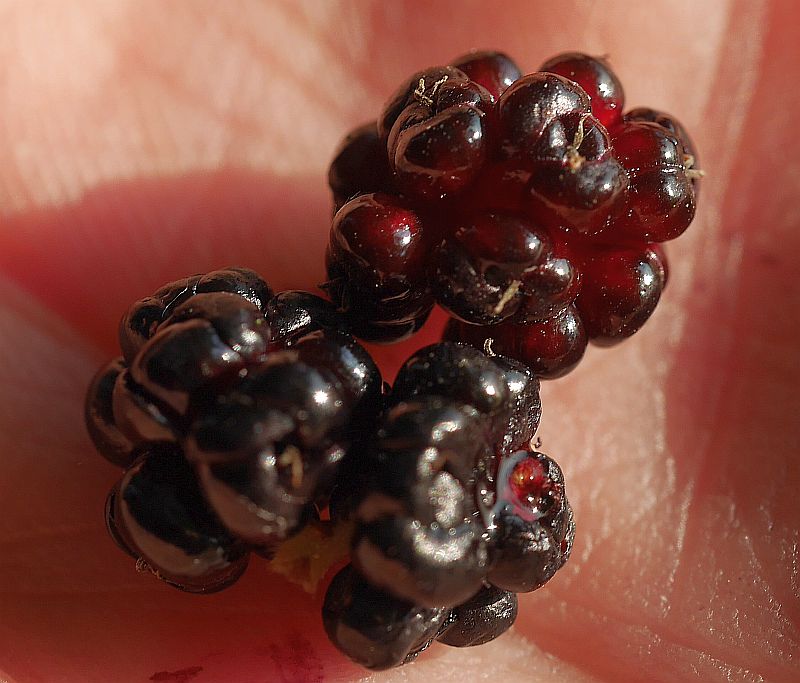 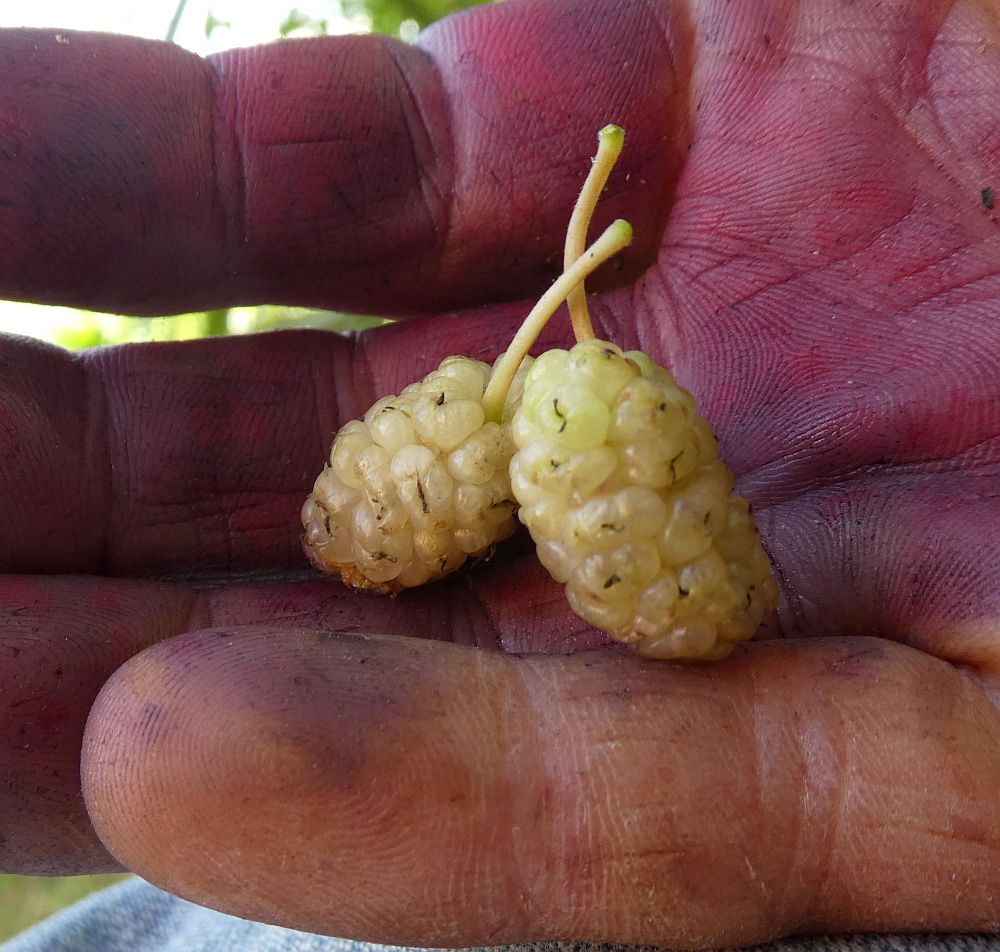