10 years ago in July 2006, I received an email seed request  from a Sergey Banketov in the Caucasus. I don’t usually trade seed in summer, but he had such an interesting list of wild collected species from the Caucasus that I made an exception and we traded seeds. At the time I was writing my article on Hablitzia tamnoides for Permaculture Magazine and on the offchance I asked “Do you know the plant Hablitzia tamnoides? It was introduced to Sweden in about 1870 as an ornamental plant and later it was realised that it was also a very good edible plant (used in the springtime as spinach) . It is still grown in some gardens in Scandinavia for food. However, I can find no reference to its use as a food plant in its home range (the Caucasus). Do you have any information about its use? I am also interested in seed from wild populations and photographs of the plant in the wild as I am writing an article about it.”

Sergey, a botanist, lived in the city of Pyatigorsk in the Stavropol region of Russia (Northern Caucasus) and he quickly replied:

“I know a plant of Hablitzia tamnoides. This plant grows with us in the vicinity of the city. And like for the first time it is described from mountain Mashuk. I shall collect seeds and I shall try to photograph her. Unfortunately the information on it is very poor. I hear the first time that she is edible. With us we do not use even for decorative purposes. I shall try to learn about it at work (Botanical institute) and in the pharmaceutical academy.”

Just 4 days later he sent me these 4 pictures of the plant growing on northern slope at the bottom of the mountain Mashuk (see the images for the location). Further he told me that nobody knows the plant apart from botanists!

In January 2007, Sergey sent me his new seed list which now included Hablitzia! In February, I received a good amount of wild seed, collected from 3-4 plants at the bottom of Mt. Mashuk (my own single plant produced almost no seed) and in the Permaculture Magazine article an offer of seed was given, the source being Sergey.

With so much food in the garden, the predators were out too! 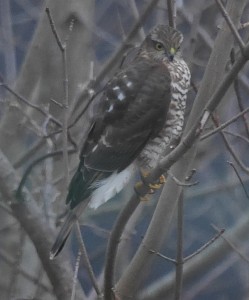 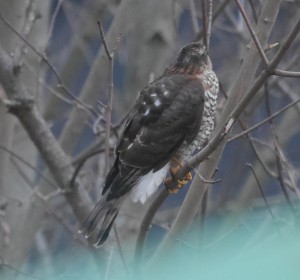 A flock of 8 hawfinches, a couple of nuthatches, 20 goldfinches, chaffinches, greenfinches and blue and great Tits made for colourful views in the garden today! 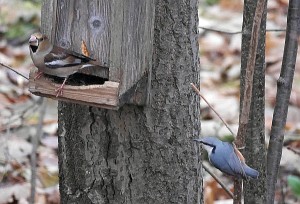 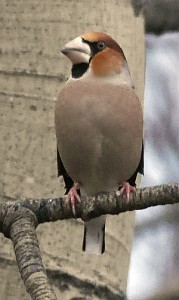 I dug out one of my Hablitzia plants today as it had self-sowed in a place I didn’t want it….I harvested a few of the winter shoots and potted the roots up in a large pot for winter forcing! 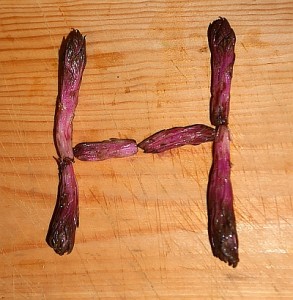 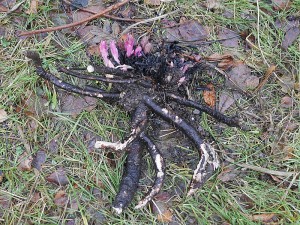 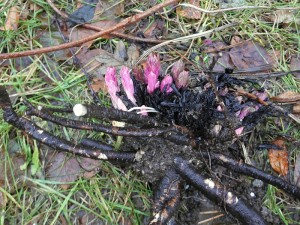