My youngest seakale Crambe maritima “Lily White” which isn’t that young longer (17 years old), is in full flower a couple of weeks earlier than my other plants and its looking better than ever this year! In the winter, I dug a trench along the “ex-driveway”, now path to the house, to stop tree roots invading and drying up the shallow soiled beds in this part of the garden.
Since I first blogged about an invasion of diamondback moths (kålmøll) two days ago, reports have been coming in across Scandinavia of the enormity of this invasion, even reaching the farthest north parts of the Norwegian mainland in Finnmark, the arctic city of Tromsø and Northern Sweden. In some places, it’s been too cold to start planting out vegetables!
There were more than a thousand moths in my garden yesterday and they were observed swarming over my perennial kales (Brassica oleracea), sea kale (Crambe maritima) and common wintercress (Barbarea vulgaris), none of which are likely to be severely affected.
There’s been a major arrival of diamondback moths (kålmøll) here since yesterday and there are hundreds of this major Brassica pest in the garden today!  I am thankfully only growing perennial kales (Brassica oleracea) and resistent sea kale (Crambe maritima) this year, both of which are already close to maximum yield and unlikely to be severely affected by the moth. This also means I don’t need to use any form of protection (horticultural fleece / fiberduk) which is probably a major source of agricultural microplastics. Problem solved!

More or less anything can be used in a pizza, but I wager these have never been used in the same pizza: Oplopanax horridum, Allium scorodoprasum, Crambe maritima (sea kale /strandkål), Ligularia fischeri and Reynoutria japonica (Japanese knotweed). 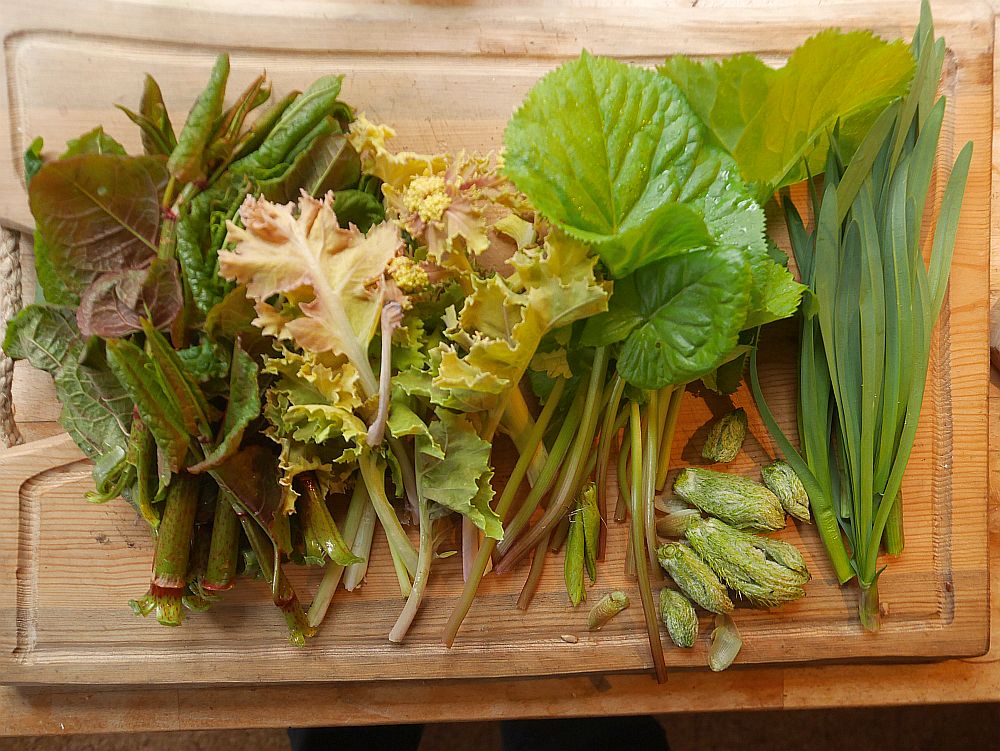 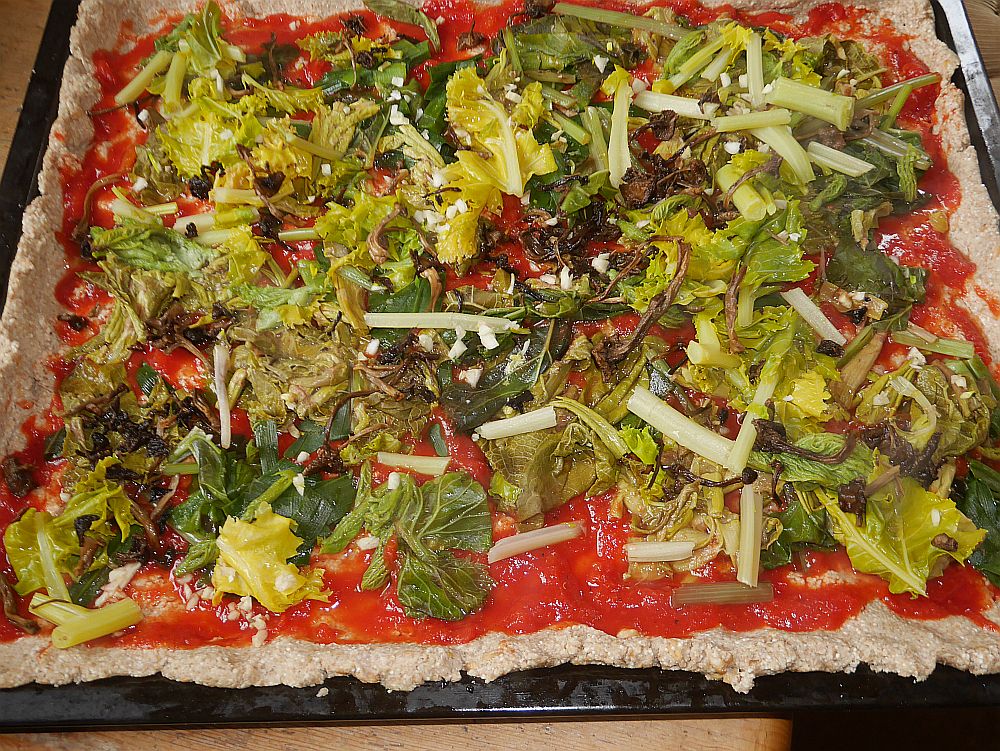 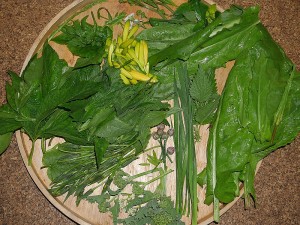 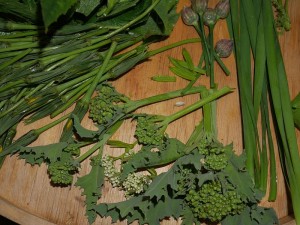 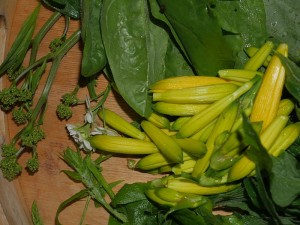 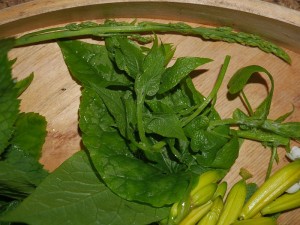 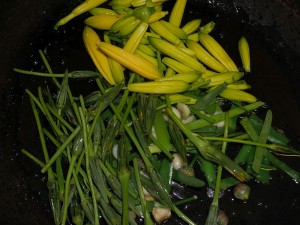 I was very pleased to be invited to give a talk organised by the Curtis Museum in Alton, Hampshire, UK, not far from where I grew up in Eastleigh, Hants.

In my book I introduce the Hampshire towns of Alresford (watercress), Selborne (Gilbert White and sea kale) and Alton as the “Hampshire perennial vegetable triangle” or the UK hotspot of perennial vegetable domestication. Alton is included as the home of botanist William Curtis, who was Praefectus Horti at the Chelsea Physic Garden in London in the 1770s. He was also a friend of Gilbert White! He wrote a pamphlet, ‘Directions for the culture of the Crambe maritima or Sea Kale, for the use of the Table’ in 1799 to bolster efforts in introducing it as a market vegetable.
See the album of pictures from a wander around Alton with Sheila John of the Curtis museum, edimentals tour of the Allen Gallery garden and later talk there! See the album below!
Other related posts:

Lecture at the Hillier Gardens  http://www.edimentals.com/blog/?page_id=1281

After my visit to Tim Phillips’ walled garden vineyard (see http://www.edimentals.com/blog/?p=10678), I was very happy that Susan Campbell found time in a busy schedule to meet and she drove me to her and husband Mike Kleyn’s home and garden on the Solent… sadly, Mike was travelling on the other side of the world visiting family… :(
Susan is the co-founder, in 2001, of the Walled Kitchen Garden Network and began researching the history of walled kitchen gardens in 1981 (the same year that I moved to Norway, so I know it’s an awful long time!). She has personally visited and photographed over 600 walled kitchen gardens in the UK and abroad, making her a foremost authority on the subject. I met her as she had come across my book and on the strength of it invited me over from Norway to give a couple of talks at the Walled Kitchen Garden Network Forum at Croome (see http://www.edimentals.com/blog/?page_id=2554). You can read more about this network here: http://www.walledgardens.net
However, the main reason for my visit was to see first hand Susan’s sea kale yard, the only operation I’m aware of that delivers seakale commercially in the UK, despite sea kale being for me the most English of all vegetables and for some the King of vegetables! See also my blog post about visiting the Curtis Museum in Alton, coming soon!
Having completed my course at Naturplanteskolen and guided walk at Grennessminde in August 2016, I was “rewarded” by being taken on a botanical excursion to the island Langeland. These pictures were taken at the north tip of the island which had a luxurious seaweed fertilised vegetation of some familiar perennial vegetables! Thanks to Aiah Noack of Naturplanteskolen :)
In my book, I wrote the following in my account about Sea Kale (Crambe maritima):
“Domestication of sea kale (in the UK) seems largely to have been due to the efforts of the botanist William Curtis, who was Praefectus Horti at the Chelsea Physic Garden in London in the 1770s. It is still grown there (see photo 7). He wrote a pamphlet, ‘Directions for the culture of the Crambe maritima or Sea Kale, for the use of the Table’ in 1799 to bolster his efforts in introducing it as a market vegetable”

I’ve now finally managed to get a copy of it thanks to a coincidental meeting with Sheila John of the Curtis museum in Alton, Hampshire who attended a talk I gave at the Sir Harold Hillier Gardens in May 2015 (see http://www.edimentals.com/blog/?page_id=1281). We kept in touch and I will actually be giving a talk at the Curtis Museum on 27th April!  The museum kindly purchased a copy of the pamphlet on Sea Kale from the Natural History Museum in London and sent me the pdf copy which you can download below!

A great little historical docment, here are a few quotes which I found interesting:

“…….in some grounds a troublesome weed” !

“Authors describe a variety with jagged leaves, such we have not seen….”

“As an article of food, Crambe maritima appears to be better known here than in any other part of Europe.

”..on many parts of the sea-coast, especially of Devonshire, Dorsetshire and Sussex, the inhabitants for time immemorial, have been in the practice of procuring it for their tables, preferring it to all other greens”

“The more curious, desirous of having it  near at hand…..have now in many of the maritime counties introduced it to their gardens, and in Devonshire particularly, almost every gentleman has a plantation of it….we have been informed it has for many years been cultivated for sale in the neighbourhood of Bath”

“My friend Mr. Wm.Jones of Chelsea tells me he saw bundles of it in a cultivated state exposed for sale in Chichester market, in the year 1753”